Apna NewzLeading The Youth Towards Future
HomeNewsAlbert Woodfox, Who Was he? Angola Three Inmates Who Had Been Held...
News

Albert Woodfox, Who Was he? Angola Three Inmates Who Had Been Held In Solitary Confinement For 43 Years Have Died At The Age Of 75 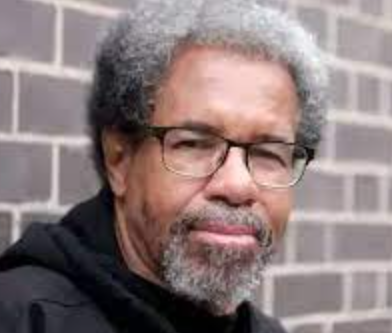 On Thursday, July 4, 2018, Albert Woodfox, a former member of the Black Panther Civil Rights movement who had spent 43 years in solitary confinement, passed away at the age of 75 in a Louisiana prison. He holds the record for being the person who has been incarcerated the longest in United States history, having served more than four decades in one of the country’s harshest prisons.

On Thursday, information about Woodfox’s passing was shared with the public by his brother Michael Mable, as well as by longtime attorneys George Kendall and Carine Williams. According to the information provided, he had complications related to the coronavirus, which ultimately led to his death.

The following is a statement issued by his family:

“It is with heavy hearts that we write to share the news that our partner, brother, father, grandfather, and friend, Albert Woodfox, passed away this afternoon as a result of complications brought on by COVID-19.”
They went on to add that:

Albert Woodfox, a native of New Orleans who was born in 1947, was a notorious member of the “Angola 3” inmate group at the Louisiana State Penitentiary. The male inmates Robert King and Herman Wallace were known for spending extended periods of time in solitary confinement, and the trio gained notoriety for this fact.

In 1965, authorities in Louisiana placed Woodfox in custody at the Louisiana State Penitentiary on charges related to armed robbery. The former inmates were found guilty of the murder of corrections officer Brent Miller in 1972, despite their persistent denials to the contrary over the course of their incarceration.

It is said that they were placed in solitary confinement because other inmates at the maximum-security prison farm in Angola might have been provoked to violence by the fact that they were members of the Black Panther party.

The three individuals came up with the concept of forming a chapter of the Black Panther Party inside the detention facility. They did this as a form of protest against the segregation of inmates and the use of chain gangs of black prisoners, who were forced to pick cotton from nearby fields for no pay. They used it as a form of protest.

Within the confines of the facility, the Angola Three were also active members of the Black Panther Party. The fact that this is the case led Amnesty International and other advocacy organizations to believe that they were victims of mistreatment.

Albert Woodfox was subjected to a variety of forms of torture, some of which included gassing and beatings, in addition to brutal and “needless” strip searches. He put up with all of this for 43 years while being confined to a cell that was 6 feet by 9 feet and was occupied for 23 hours every day. On the occasion of his 69th birthday in 2016, Woodfox was finally granted his freedom.

In an interview with Scott Simon of NPR in 2019, Woodfox once described the treatment he and his family have received:

“And depending on the severity of the confrontation, they would open up your cell and they would come in and beat you down and then shackle you and bring you to the dungeon, and you probably would stay there for at least 10 days,”
His conclusion was:

“We came to the conclusion that we would never be committed to a mental health facility. As the years passed, we made conscious efforts to better ourselves and to motivate ourselves.” 2019 saw the publication of “Solitary,” a biography written by Albert Woodfox.

According to a number of accounts, Albert Woodfox, along with King, Wallace, and other inmates, spent his time in prison learning about the law and history. In addition, they planned to hold rallies and strikes over a variety of issues, including those pertaining to clothing, working hours, racial inequality, and sexual assaults that occurred in jails.

A few years ago, he was quoted as saying to some sources:

“They locked me up in a cell…with the sole intention of breaking my spirit.” Our cells were designed to be suffocation dungeons. We transformed them into elementary schools, middle schools, high schools, universities, debate halls, and law schools.”

Later on, in 2019, Woodfox published a book titled Solitary, which he had co-written with his partner Leslie Georg and which detailed his 23-hour daily confinement in a confined space that measured only 6 by 9 feet. Both the National Book Award and the Pulitzer Prize were considered for the book’s potential win.

“I believe that the struggles that I overcame have made me a better man and a better human being. ‘What would I change in my life?’ is a question that’s been posed to me quite frequently. And when I say, “Absolutely nothing,” people are taken aback.