Apna NewzLeading The Youth Towards Future
HomeNewsAntoine Sims Gets Arrested For Dispute Over Fries At McDonalds- Adelisa Murtovic...
News 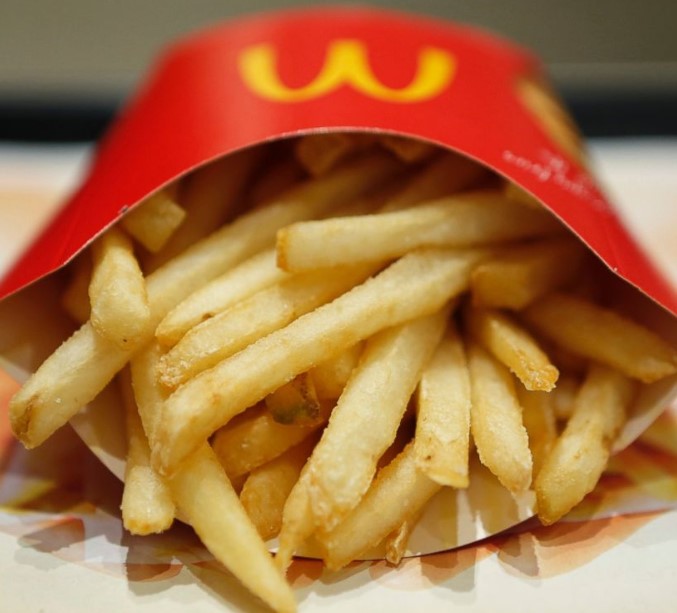 Authorities in Georgia assert that a dispute that arose over a cold order of fries led to the arrest of a man who was wanted for the homicide of a female victim.

According to reports, Matt Johnson of Channel 2 was able to obtain the bodycam recording of the officers detaining Antoine Sims on August 5. The recording is reportedly one hour long.

Bodycam footage shows Antoine explaining to an officer that he and his fiance were waiting for their meal and a receipt when the order was placed, but they didn’t know their order number because they didn’t have the receipt. Antoine’s explanation can be seen in the video.

Antoine Sims, who is wanted for questioning in connection with the murder of Adelis Muratovic in 2018, was detained once more. After being involved in a fight at McDonald’s over fries, he was taken into custody shortly thereafter.

Muratovic was reportedly killed in 2018 while he was seated in the passenger seat of Smith’s vehicle, as stated by the relevant authorities.

Adelisa Muratovic, who was 21 years old at the time, accompanied her boyfriends Michael Smith and DeShaun Flournoy when they visited the Retreat at Johns Creek apartments on October 29, 2018, according to the Johns Creek police department. Allegedly, the shooting started as the group was on their way to purchase marijuana from Sims.

According to the statements made by the police, Antoine drove the vehicle to a residential neighborhood in Lawrenceville before setting fire to it while the victim’s body was still inside. It was found to be engulfed in flames at approximately 3:30 the following morning.

Sims, Smith, and Flournoy have all been charged with felony murder in connection with the incident. Smith and Flournoy turned themselves in a month later, but Antoine was arrested in Wisconsin in 2019 for his involvement in the crime.

In the incident that took place on Friday, the police said he ran away from the scene of the fight and headed in the direction of The Ellison apartments, which are located on North Roberts Road.

According to the documents filed in the court in Fulton County, he had been held in custody since 2019 prior to the court’s decision in February to set his bond at $275,000 dollars. Because he failed to appear in court after being released from custody, an arrest warrant had been issued for his arrest.

Antoine Sims Gets Arrested For Dispute Over Fries At McDonalds

On August 5th, Antoine Sims was taken into custody by Georgia law enforcement. A person suspected of murder was apprehended after a fight that broke out over cold fries from McDonald’s.

After they started shouting at one another and fighting, Sims and the manager both reportedly reported calling 911 to report the incident, as reported by WSTV.

In response to the demand made by the proprietor of the restaurant, Sims was first given a warning for criminal trespass and then asked to leave the premises.

When officers searched for Sam’s name in a police database, they found out later that Sam was out on bond despite having an active warrant for his arrest. This information was taken from the incident report.

After that, the police came back to Sims and asked him to sign a notice that he had committed criminal trespass. The man from Georgia refused to fill out the paperwork and claimed that he was afraid of it, despite the fact that the officer assured him that it wasn’t scary at all.

What Happened With Antoine Sims From Georgia?

Antoine Sims, a native of Georgia, is accused of killing a woman whose body was found burned inside a car in 2018, but he has not shown up in court to answer for his actions. The woman’s body was found inside the burning vehicle.

Following the discovery that Sims was wanted by Fulton County for failing to appear in court on a murder charge, the police began their pursuit of him.

After that, the police pursued him to a nearby apartment building where they ultimately apprehended him while using a taser on him.

Booking records indicate that he was still being held at the Cobb County Adult Detention Center without bond as of the 12th of August, which is the most recent date available.