Apna NewzLeading The Youth Towards Future
HomeNewsCardi B's Friends David Fernandez and Joel Adames Were Killed In A...
News 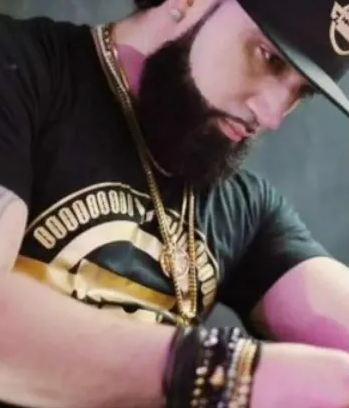 Both David Fernandez and Joel Adames were born and raised in the city of New York. They maintained a tight relationship with Cardi B, an American rapper.

A car accident that occurred at a high rate of speed on August 3, 2022 has caused a community in Inwood to be in mourning. Two of the people who perished in the horrifying event were named Fernandez and Adames.

Cardi B’s friends David Fernandez and Joel Adames were two of the victims who were killed in the vehicle accident that occurred in Inwood.

According to reports, the victims were standing on the intersection where two high-speed automobiles had crashed.

According to the police, Joel Adames, 31, from Manhattan, and David Fernandez, 40, from the Bronx were killed when a BMW car heading north on Sherman Avenue collided with a Subaru moving south on the street. Both men were pronounced dead at the scene. The two individuals were injured when a Subaru crashed with two parked automobiles and then went on to hit them.

The victim, who was well-known in the Inwood community, sustained terrible injuries and passed away right after the event took place.

A memorial consisting of candles, flowers, and pictures of the men started to take shape near the intersection of 207th Street and Sherman Avenue almost an hour after the crash, which occurred around dawn on Wednesday.

Five others had serious injuries as a direct consequence of the head-on collision that involved two cars. Additional information and updates will be provided by the police in the days ahead.

David Fernandez is on the left, while his good friend Joel Adames is on the right in this picture. As well as being a skilled dancer, Fernandez worked as a barber and also taught salsa dancing on the side. In memory of Adames, a young girl who was going to turn 2 years old in the fall is being remembered as having a dedicated father.

They were just standing there, and the automobiles were just leaping the pavement, according to a female witness who is also Adames’ cousin.

A similar sentiment is expressed by Jolemy Clase, a friend of Fernandez’s who says, “He was just a wonderful person.” Everyone in the neighborhood cherished him.

A member of the Adames family has been quoted as saying, “He was my little cousin, a sweetie.” He was everyone’s favorite member of the family.

In the meantime, @AlbortEinstone on Twitter has shared his diatribe against drivers who aren’t paying attention.

In a tweet, he said, “I’m shocked there aren’t more accidents like the one in Inwood.” [Citation needed] People are driving like lunatics, and they are often compelled to go in the wrong lane because there are automobiles parked in double or triple rows. The day before yesterday, I was in Inwood, and I witnessed an NYPD tow truck drive through a line of them. They need to all be hauled or issued tickets.’

Cardi B, who is both a rapper and a singer, paid tribute to her two close friends on social media. She penned the following in her letter: “Stupidity, negligence, I pray the worst to whomever committed this!” The rapper mentioned this as well. “You have taken someone who was so adored, who was full of life, and who was just all around fantastic, and you have left them for people to ruin.” JOEL, R.I.P.’

Who Were David Fernandez And Joel Adames?

Both David Fernandez, age 40, and Joel Adames, age 31, are originally from the Bronx and Manhattan, respectively. Both of them were well-known in the world of salsa dancing, and they performed all over the city of New York.

David was known as “David the Dancer” and worked as a hair stylist in addition to teaching salsa. He is a former winner of Salasa Content and has also instructed a great number of New Yorkers. His celebrity clients included musicians like guitarist Max Santos and DJ Baby Face, both of whom were DJs.

A witness has stated that Fernandez was responsible for Adames’s late-night hair styling. They got up at four in the morning and walked out to have a drink. They were on their way home when they were tragically killed by a sedan traveling at a fast pace.

The two people who were killed in the accidents in Inwood were committed family members; they were fathers and sons.

According to a post that Cardi B made on Instagram, Joel is the father of a young girl who will turn two in the coming autumn.