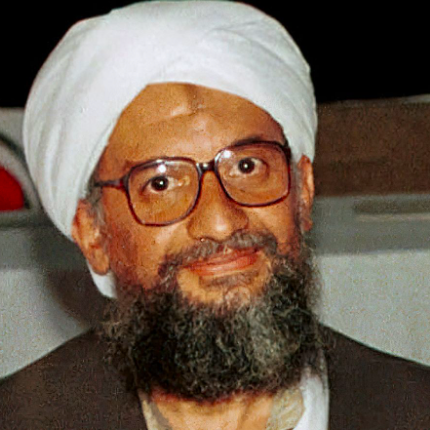 After the Egyptian physician turned terrorist was involved in the 9/11 attacks, Ayman al-Zawahiri, the head of Al Qaeda, became a primary focus for many different administrations of the United States presidency. After a hunt that had lasted for 21 years, the United States government said on Monday, August 1, that one of the most wanted individuals in the world had been taken down by a targeted drone attack in Kabul.

After moving his wife, her daughter, and their children into a safe home in an affluent neighbourhood of the Afghan capital, the jihadist head was followed by the CIA to a safe house in Kabul. This was after he had put the family into the safe house in the first place. After the incident, a security officer said to reporters that the Egyptian jihadist’s continuous “pattern of living” made him an easy target. This was said in the aftermath of the attack. The “lingering” he did on the balcony of his house, which had a view of the city, was a regular part of his day. After he had finished his morning prayers, one of his favourite things to do was to go out onto the balcony and watch the sun rise over Kabul.

An official from the United States who briefed media on Monday, August 1, said that intelligence officers, most likely from the CIA, were able to put together what they referred to as the “pattern of life” of the target based on the daily activities of the target. This made it possible for them to carry out a “tailored attack,” which consisted of two Hellfire missiles launched from a Reaper drone. According to reports, these missiles impacted the balcony where Zawahiri was located at 6:18 a.m. on July 31, and they killed him.

At the time of his death, the Egyptian physician had a reward of $25 million placed on his head. The attack carried out by the drone was the culmination of a decades-long search for him. Zawahiri, who is 71 years old, was found to be liable not only for his role as Bin Laden’s second in command on 9/11, which resulted in the deaths of nearly 3,000 people, but also for his involvement in a number of other deadly attacks, such as the suicide bombing of the USS Cole in Yemen in October of 2000, which resulted in the deaths of 17 American sailors.

According to officials from the United States, the operation to locate the leader of al-Qaeda was initiated at the beginning of April, when intelligence sources reportedly discovered indications that Zawahiri and his family had moved from their mountain hideaways to Kabul with their children and wives. After the Taliban were able to regain control in Afghanistan in August 2021 with the assistance of the Haqqani Taliban network, Zawahiri and his wife, together with their daughter and grandkids, had relocated into the Sherpur residence. Zawahiri was also a member of the Haqqani Taliban network. There was even speculation that al-Zawahiri resided in Karachi, which is the city that serves as the capital of Pakistan.

“We recognised Zawahiri on many times for extended lengths of time on the balcony where he was finally hit,” a government source was quoted as saying in the Times. The story from the Times states that Zawahiri had grown clumsy, and despite the fact that he had not left his home for some time, he did not alter his routine. At 6:18 a.m. on Sunday, August 1, two R9X “ninja” Hellfire missiles were launched from a CIA MQ-9 Reaper drone that was flying above Kabul. These missiles were responsible for Zawahiri’s death. After he was killed, the deceased al-Qaeda leader’s family was forced to flee the country. When the lightning strike happened, they were not in the area of the home where it occurred. In the aftermath of the hit, satellites in addition to a ground team from the CIA were able to confirm al-death, Zawahiri’s as reported by the Washington Post.

On the morning of August 2, Jake O’Sullivan, the national security adviser for Vice President Joe Biden, spoke on ABC’s “Good Morning America” and said that “there was nobody on the ground in uniform when this attack happened.” In addition to this, he said that the administration is “in direct touch with the Taliban on this,” adding that “I’m not going to telegraph our future steps,” but that “the Taliban are fully aware that the United States will protect its interests.”

Share
Facebook
Twitter
Pinterest
WhatsApp
Previous articleWho is Rope-Jumping Instructor Alexander Muznikas? Instructor Sentenced to prison for 4 years after woman falls to death
Next articleWho Is Paola Tulliani-Zen? All You Need To Know About The Italian Republican Candidate for Governor of Arizona