Apna NewzLeading The Youth Towards Future
HomeNewsDescribe A ligature? In The Wake Of An Online Challenge That killed...
News

Describe A ligature? In The Wake Of An Online Challenge That killed Archie Battersbee, The Case Over His Life Support Continues 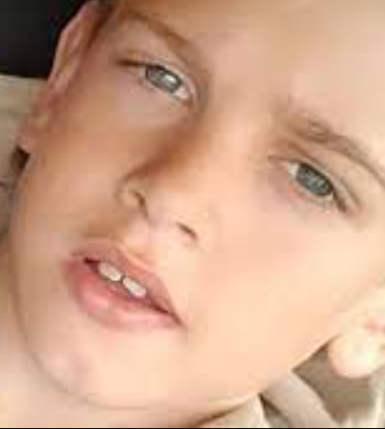 The Battersbee family has requested that their son Archie be transferred from the Royal London Hospital to a hospice facility so that he can receive end-of-life care. This comes as a result of the decision made by physicians to turn off the life support system that the 12-year-old boy had been on for the past four months while he fought for his life while in a coma.

On April 7, Battersbee’s mother disclosed to the media that she had found her son unconscious and with a ligature around his head when she came across him.

While his parents are in the process of submitting a request to the High Court, his physicians are arguing that relocating him poses a “serious risk.” Hollie Dance, who is Archie Battersbee’s mother, released a statement to the BBC in which she expressed her hope that the High Court will reach the appropriate verdict. She added:

“If they refuse permission for us to move him to a hospice and for him to get palliative oxygen, it will simply be barbaric, and there will be nothing about Archie’s ‘dignity’ in that decision.” For the rest of our lives, we will fight for Archie’s right to life.
Then, Dance continued by saying that she hopes to be able to say her final goodbye to her kid “in a tranquil hospice,” where the family will be “free from the interruption of the noise and bustle.”

While Battersbee’s family continues to fight for her life in the Royal London Hospital, the legal team of Barts Health NHS Trust, which runs the hospital, has written a letter to the family’s legal team. It was noted in the letter that the placement of the child in a hospice “be challenged on both a procedural basis and a best interest basis.”

It is quite impolite to suggest that Archie Battersbee is being put to death by the doctors who have worked diligently and patiently over the course of several months in an effort to save him. I have compassion for Archie Battersbee’s parents. They have not done anything other than provide assistance. That unfortunate youngster has brain death, and the harm done to him is of the type that cannot be reversed.

When making decisions regarding Archie’s care, the trust continues to prioritize the boy’s health and happiness as well as what is in his best interests. It is of the opinion that Archie’s condition is precarious and that moving him even a small distance poses a considerable risk.

According to BBC, Archie Battersbee continues to get care at the Royal London Hospital despite the fact that his therapy has concluded.

Where Can I Find Out What Became Of Archie Battersbee?

After taking part in the potentially harmful TikTok challenge known as the Blackout Challenge, the little boy, aged 12, was sent to the hospital. On April 7, Battersbee was discovered unconscious with a mark on his head consistent with ligature.

A piece of fabric that has been bound, knotted, or tied together is referred to as a ligature. The young youngster has been in a coma ever since the incident that caused him to lose consciousness and never regain it. A verdict from the High Court stated that his treatment with life support should be discontinued and that the hospital will provide them with the opportunity to appeal the decision.

Since that time, Battersbee’s parents have maintained that their son has sustained serious damage to his brainstem. On the other hand, his heartbeat is regular, and he has the ability to control both his temperature and his blood pressure. Since then, his parents have been working hard to secure additional time for him.

Could someone kindly get a grief counselor for the poor woman who was Archie Battersbee’s mother? This terrible campaign is the consequence of deep denial, and she needs assistance to comprehend the fact that the child she knew is no longer alive. There is no way that “God’s Will” or “thoughts and prayers” can help him at this point. Give the poor child his freedom.

As the legal dispute between the NHS and the family persisted, the NHS’ trust indicated that they would stop his treatment at 11 BST on Thursday, unless the family sought for a shift to a hospice, which they did. As a result, the treatment was withdrawn.

Twitch broadcaster FAUXRE lashes out at Streamlabs, saying “I don’t like using your website” after noticing modifications in the user interface (UI).
Diane McIver murder: After the conviction of the husband, Tex McIver, was overturned in Georgia, the case was investigated.

Because I want to be as compassionate as possible in this situation, I will say that the choice to turn off Archie Battersbee’s life support was the correct one, and it is cruel and unnecessary to accuse the NHS of carrying out an execution in a premeditated manner.

The patient’s family took their case all the way to the European Court of Human Rights in the hopes that it would convince the hospital to carry on with his treatment. This occurred prior to the removal of Battersbee’s artificial life support system.

Additionally, the mother of the 12-year-old disclosed that they were taking into consideration offers from Japan and Italy to treat Archie Battersbee until the time came for him to pass away.