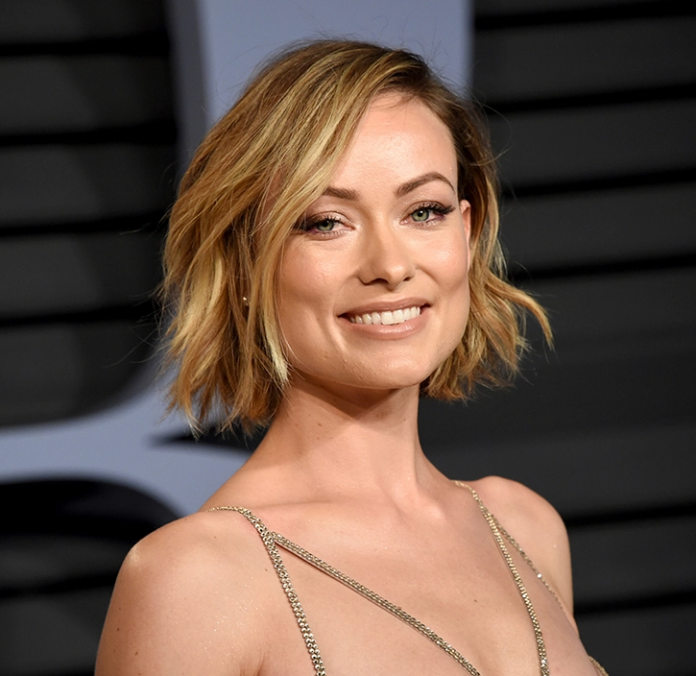 According to reports, Olivia Wilde has won the first round of the custody battle she is having with Jason Sudeikis.

The petition that Jason Sudeikis submitted to the court was denied, and the judge ruled that the couple’s children cannot live in New York because California is their state of residence.

According to recently obtained legal records by The Daily Mail, Wilde has submitted a motion in which she criticises Sudeikis for his “aggressive” service of custody papers to the actress when she was onstage in front of 4,100 Hollywood executives at the CinemaCon convention in April.

“It is very evident that Jason’s actions were intended to intimidate me and take me by surprise. He had the opportunity to serve me in a non-intrusive manner, but instead he chose to do so in the most forceful way that was possible.

Olivia Wilde went on to criticise her ex-partner for using their personal disagreement to humiliate her in a professional setting. She also stated that Jason Sudeikis’ action was the impetus for her to take the matter to court:

The idea that Jason would choose to embarrass me professionally and put our personal conflict on display in such a manner is incredibly counterproductive to the pursuit of the goals that are in the best interests of our children.

Since Jason has made it very plain that we will not be able to work this out for the sake of our children outside of the legal system, I have submitted a petition for custody in the city of Los Angeles.

According to the records filed in the case, Sudeikis and Wilde spent the most of their time during their relationship in the city of New York, and both of their children were born there. It is believed that the two resided in a shared home in Brooklyn between the years of 2014 and 2019, but due to the nature of their business, they spent a considerable lot of time in Los Angeles.

The actor also stated that he desired for his children and his ex-partner to relocate to New York in order to keep their custody arrangements the same as they are now. He went so far as to allege that Wilde “insisted” on living in Los Angeles and urged Sudeikis to have a conversation regarding the custody of their children in April. He was referring to the fact that Wilde moved there.

According to him, the creator of “Don’t Worry Darling” has also discussed her plans for the future, which include moving to London by the end of the next year. It has been claimed that Olivia Wilde and her current companion, the pop sensation Harry Styles, are residing in London.

At the time, a person who was close to the couple revealed to Entertainment Tonight that there was no drama or controversy involved in the couple’s separation:

They simply could not find a way to make their relationship work anymore, thus there was no controversy or drama involved. If you’re searching for a juicy story, you’re going to be disappointed because there isn’t one.”

The informant also claimed that despite their divorce, the two parents would continue to place their children as their top priority:

“It goes without saying that their children are their first concern and are always at the forefront of each decision that the couple makes. They have nothing but the finest respect for one another in addition to the deepest love for one another. They will continue to be each other’s biggest supporters in all aspects of their lives, especially when it comes to being parents to their children and advancing in their careers.

Both Wilde and Sudeikis maintained their friendship and co-parented their children in accordance with the terms of the custody arrangement, which permitted each party to have an alternative one-week of “parental access” regardless of whether they were living in Los Angeles, New York, or London at the time.

On the other hand, the couple finally fell out of agreement on the location in which their children would be brought up. At the same time that Wilde was giving a presentation about her film Don’t Worry Darling at the Las Vegas CinemaCon on April 26, Sudeikis served her with the documents related to the custody petition that he had just filed.

Olivia Wilde broke her quiet after a few months to condemn the move as “outrageous legal tactics” and call out Jason Sudeikis for his “aggressive” serving of papers. This came after she had been silent for a few months.

In his filing, the latter stated that he desired for his children to grow up in Brooklyn, where he currently intends to go after the filming of Ted Lasso is through in July:

The fact that Wilde intended to move to London with their children caused Sudeikis to initiate the following legal action:

On the other hand, the actor disclosed that the process server was unable to deliver the documents to the “designated place” due to “a sequence of logical mistakes.” In addition, Sudeikis stated that he was “very disturbed” over the public serving of the papers and that he first learned about the unusual incident when it was reported in the news:

“While I am aware that the process server was merely doing her job, I cannot express how much I regret the events that transpired. I am very, very sorry that the incident ruined such a great occasion for Olivia. Both professionally and personally, Olivia’s talk was a significant event for her, and I am sad that it was interrupted by the incident.

Olivia Wilde stated in her own petition that she and Jason Sudeikis had an agreement to have their children attend school in Los Angeles, but that Sudeikis had recently expressed a desire for them to relocate to New York:

Additionally, Wilde maintained that Otis and Daisy have spent the most of their time in Los Angeles and London during the past four years, and that they have even attended schools in both of those cities during that time period. The most recent document reveals that the judge found that the children do not call the state of New York their home state but rather the state of California.

As a result, the judge made the decision to allow Olivia Wilde’s move to have the custody petition filed by Jason Sudeikis thrown out.