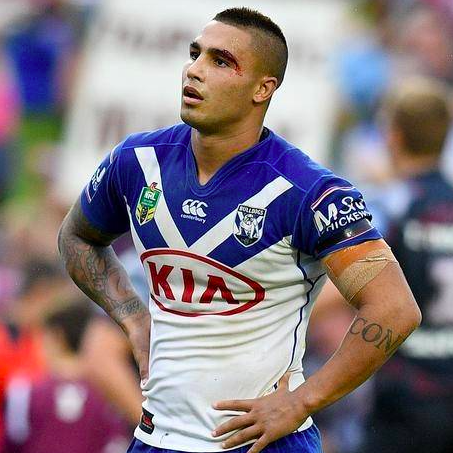 Michael Lichaa’s legal battle with his ex-fiancée is making headlines today despite the fact that he has been retired from professional rugby since last year.

The National Rugby League player was accused of committing domestic violence by his ex-fiancee Kara Childerhouse in February of the previous year. It was him, Kara, and his former teammate Adam Elliott who were all involved in the incident.

Since then, Lichaa’s life has been turned upside down completely; the charges of domestic violence prevented him from being registered as a player for the NSWRL.

The last hearing took place on Friday, and now he can focus on making the most of the opportunities that lie ahead in his life.

Michael appeared in court the previous Friday with his family and his new fiancee, despite the fact that he had recently broken up with his famous ex-fiancee Kara.

The fact that he has moved on from Kara is an indication that the former NRL player is looking for new opportunities in life and is possibly going to get married to the new love of his life.

The New York Post has reported that Lichaa’s new fiancee was present in court, whereas Kara, the woman who filed the lawsuit and was previously engaged to the NRL player, was nowhere to be found in court.

The new fiancee has refrained from providing the media with information about her identity as well as pictures of herself.

During the course of the hearing for Lichaa’s case of domestic violence, many things that were previously misunderstood about him have been cleared up, and a portion of the internet has come forward in support of him.

The whole thing started in late February 2021, when Michael, who was intoxicated at the time, discovered his ex-girlfriend Kara engaging in sexual activity with another NRL player, Adam Elliott, while they were both in the backyard.

The former Bulldogs hooker had spewed obscenities and taken out his frustration on a glass door, which caused him to cut his arm. He was disturbed and enraged by the scene.

After hearing the commotion and the condemning words coming from the house, the neighbors called the police to report the incident.

In the heat of the moment, Lichaa had punched the glass window on his front door, and when he pulled it from the frame, it had cut his arm pretty badly.

According to Mirror UK, the injury caused him to lose 2.5 liters of blood, and he “nearly died” as his heartbroken family cared for him in the hospital while he was there.

Since last Friday, Lichaa has been exonerated of all charges related to Kara’s allegations of domestic violence.

In spite of the fact that the judge found him not guilty of one count of intimidation, he was found guilty of the less serious charge of destroying property, which refers to the broken glass window that occurred during the incident.

In the end, the judge decided not to record Michael’s conviction and instead issued him a conditional release order for a period of two years.

Kara skipped her scheduled appearance at the courthouse to avoid having to testify regarding the allegations of domestic violence. According to the court’s report, she is expecting a child and did not wish to take part in the proceedings to recall the heinous event because she is pregnant.

As a result, her testimony regarding the issue was disregarded. In a similar manner, Adam Elliott was also required to testify in court and he denied Kara’s allegations that he had physically assaulted her.

The former NRL player had been left deeply troubled and emotionally drained as a result of the incident, to the point where he sought the assistance of a professional.