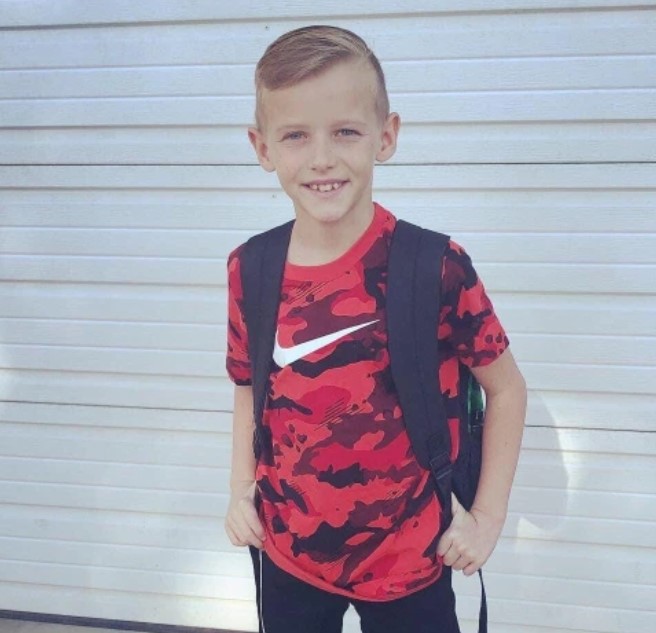 The nation awakened to the news that 12-year-old Drayke Hardman had passed away, which sent shockwaves throughout the country.

When it was discovered that the cause was a suicide attempt brought on by his difficulties at school, everybody was even more astonished. The Hardman family has confirmed that their cherished son was subjected to bullying throughout the course of the previous years, up until the point where he made the decision to end his life.

The family and others of the online community took control of multiple social media sites in order to bring attention to the issues of cyberbullying and suicide among young people.

In an interview with KUTV 2, Samie and Andrew, Little Drayke’s parents, described how their late kid, who was frequently tormented and upset when he arrived at home, before he passed away.

In the first week of February, he had returned home from school with a black eye, but he had misled his parents about how he had acquired the injury.

After that, he had confided in his older sister and told her that his younger sister had been involved in a violent dispute with a fellow student.

It has been established that the same fellow student bullied the late Drayke during the course of the school year, and that the offending student was expelled at one point after the school became aware of the conflict.

Due to the fact that the perpetrator of the bullying is still a minor, the media and the general public are unaware of his identify.

Even though the Hardman family and the school were aware of the issue, Drayke may have continued to have problems with his bully since he told his father that “snitches get stitches” in response to his father’s suggestion that he seek assistance.

Take A Look At: “48 Hours” Investigates the Murder of Bianca Devins by Brandon Clark, Who Posted Pictures Of Her Body On The Internet Take A Look At:

Drayke Hardman passed away on the evening of February 10 after he had insisted on skipping the basketball session he was scheduled to attend.

Samie and Andy Hardman, who were both left traumatized by the events, took to their own social media accounts, mostly Twitter and Instagram, to share their story in the hopes of discouraging younger children from bullying their peers.

They decided to start their mission of educating children about bullying by using the hashtag #DoItForDrayke. A public funeral was held, and thousands of people showed up to pay their respects and participate in support activities for the family.

During this process, the Hardman family has brought up their concern regarding the bullying that ultimately resulted in the death of their son. In Utah, where they had always lived, Drayke’s parents and two older sisters are the only members of their family to have survived his passing.

The tragic news that tiny Drayke had committed suicide spread far and wide, and it spurred famous people and organizations to write obituaries and mentions of him in their writings.

The majority of people in the state were made aware of Little Drayke’s tragic existence, including his favorite basketball team, the Utah Jazz, as well as state celebrities.

The Do It For Drayke initiative received widespread support from parents who wanted to provide their children a better future by putting an end to bullying.

A friend of Samie’s named Nate Eye established a GoFundMe campaign and managed to raise more than 160 thousand dollars for the family so that they may receive financial assistance for Drayke’s memorial rites.

During this time, a number of anti-bullying organizations published an obituary for the Hardman family and even provided the family with practical assistance about their movement.

Patches for “Do It For Drayke” bearing the message “Stand Up! Speak Out!” were provided by Elite Superfans, who also contributed to the development of the theme.

They announced their choice and released the patch on their official Twitter account. This is just one of the many organizations that are rallying around Drayke.