Apna NewzLeading The Youth Towards Future
HomeNewsExplanation of the Sr Sókè Candle Controversy as a Nigerian YouTuber Receives...
News 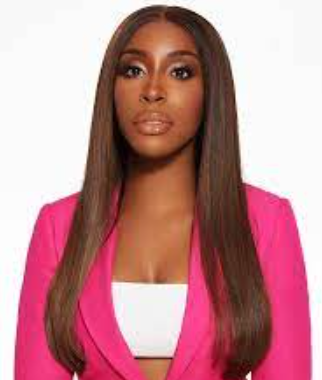 Jackie Aina, a Nigerian-American YouTuber, turned 34 on August 4, and in honor of the occasion, the beauty, cosmetic, and self-care brand Forvr Mood released a collection of scented candles on August 4. The collection can be purchased in four different scents, which are referred to as Sr Soke, No Wahala, Soft Life, and Spice of Life respectively.

This has resulted in a great deal of controversy due to the fact that the term “Sri Sókè” is connected to unsettling demonstrations in Nigeria. The Yoruba, an ethnic group native to West Africa, are responsible for the origin of the phrase, which can be translated as “Speak Up!” or “Don’t be silent.”

Since 2017, young people in Nigeria have banded together in opposition to police brutality and organized large-scale demonstrations in which they have demanded the dissolution of the controversial unit known as the Special Anti-Robbery Squad (SARS). During the course of the demonstration, various online campaigns made use of hashtags such as #EndSARS and #SrSókè.

Jackie Aina used the controversial slogan to market her product, as evidenced by the plethora of tweets that voiced their disapproval of her actions. In the meantime, there have been rumors that Aina remained silent during the demonstrations themselves or when it was announced that there had been casualties as a result of the demonstrations.

The reason why this is getting such a lot of negative feedback is because Jackie Aina shamelessly named one of the candles “Soro Soke,” which means “speak up” in Japanese.

Jackie Aina’s portrayal of Nigerian and Yoruba culture is just as false as the stereotypes she holds about white people.

A large number of young people led a campaign against the Nigerian police because the initial demonstration was directed against the alleged brutality of the Nigerian police, particularly from the Special Anti-Robbery Squad (SARS) units. According to Quartz Africa, as of July 2020, there were approximately 28 million tweets that were featured and circulated on the platform.

In spite of the fact that the SARS unit was disbanded on October 11, 2020, the protests in Nigeria against the alleged killings, assaults, and persistent harassment committed by its officials are still going on.

On the other hand, the BBC asserts that just nine days after the dissolution of the government, protests were responsible for a significant number of fatalities. The Nigerian president, Muhammadu Buhari, was quoted as saying that 69 people had been killed as a result of the protests, which was reported by BBC News. There were a total of 51 civilian deaths, 11 police officer deaths, and even seven soldier deaths among the casualties.

As a result, the hashtag and the term “Sr Sókè” have become synonymous with the tragic event and the contentious protest that took place in Nigeria. The issue of using such slogans and hashtags has become touchy for some people of Nigerian descent as a result of the fact that protests have been going on for about five years.

What Information Is Available About Jackie Aina?

According to the information provided on her website, Jackie Aina is a professional makeup artist who transitioned into the world of YouTube. Since she was a teenager, the 35-year-old woman has had a connection to the world of makeup, and in 2009, she made her debut in the industry on a professional level.

After Aina graduated from the Vidal Sassoon Academy and received her license as a cosmetologist, she continued her career in the cosmetics industry by working for both MAC and Bobbi Brown. In addition to that, it is said that the former member of the United States Army worked as a freelance makeup artist for a period of five years. In 2008, she enlisted in the Army Reserves and completed her obligation after two years of service.

Additionally, Jackie Aina launched her own makeup and beauty-related YouTube channel in 2009, and over the course of the past 13 years, it has amassed over 3.56 million subscribers. The native of Los Angeles is of Nigerian descent but was born in the United States city of Los Angeles. Aina’s mother is from the United States of Africa, and her father is from the Nigerian region of Yoruba.

This would explain why the popular YouTuber came up with the idea to use the term “Sri Sókè” to name the fragrance of her candle collection. According to Hellogiggles, Jackie Aina collaborated with a number of different cosmetic and fashion brands, including Sephora, Sigma Beauty, Anastasia Beverly Hills, and e.l.f. Cosmetics, amongst others.