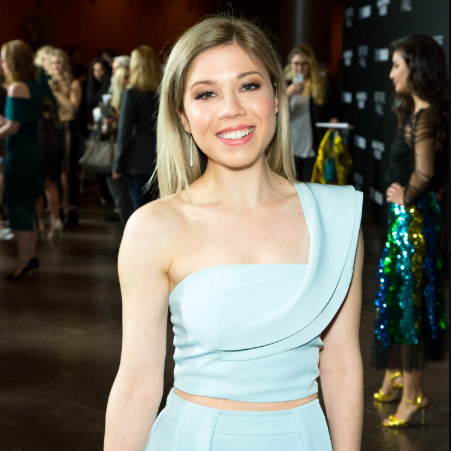 In her memoir, Jennette McCurdy asserts that she was “exploited” as a child actor and that she is still in the process of recovering from the trauma she experienced in her younger years. The now-retired actress had comedic roles in Nickelodeon’s “iCarly” and “Sam & Cat,” but she is still working through the emotional fallout of her time as a child star in the entertainment industry.

The memoir written by the 29-year-old actress is titled “I’m Glad My Mom Died,” and it reveals how, when she was younger, she wanted to give up acting because she never found it enjoyable. She also shared a story about a particular audition that made her feel awkward, but when she told her mother about it, her mother went into a panic and later guilted her daughter into continuing acting despite the fact that she despises it.

Who is Jennifer McCurdy?

Jennette is also a musician who has achieved a lot of success. In 2009, she made her debut with the independent release of the single titled “So Close,” and the following year, in 2010, she made her debut with the release of the extended play titled “Not That Far Away.” Her self-titled second extended play and debut studio album were both released that same year (2012). The lead single from the album, titled “Generation Love,” made its debut on the Billboard Hot Country Songs chart at position number 57 and reached its highest position at position number 44.

Jennette stated that her “entire childhood and adolescence were very exploited” in an interview with the New York Times that took place on Thursday, August 4. She made a remark, “There were instances in which individuals acted with the best of intentions but possibly were not aware of the consequences of their actions. And then there are the instances in which they did, fully aware of the consequences of their actions.” Jennette writes in her new book that she was “photographed in a bikini at a wardrobe fitting and was encouraged to drink alcohol by an intimidating figure she simply calls the Creator.” Jennette refers to the intimidating figure as “the Creator.” Jennette stated that her mother Debra McCurdy, who passed away from cancer in 2013, was present in such instances but did not take action because she believed it was a normal part of being an actress. This is despite the fact that the identity of “The Creator” is unknown.

Jennette pushed her worries to the back of her mind at the time, but she couldn’t help but feel irritated by the way she was treated on set, particularly after she had been assured that she would be featured in a spin-off series. The former actress claimed that Nickelodeon broke their promise to her and instead cast her as a co-lead alongside Ariana Grande in the Nickelodeon show ‘Sam & Cat.’ But at that moment, she had the sudden realization that she couldn’t take it any longer. Jennette writes in ‘I’m Glad My Mom Died’, “That was the moment I broke.” “What finally undid me was when Ariana came whistle-toning in with excitement because she had spent the previous evening playing charades at Tom Hanks’s house,” Jennette says. “That was the moment I broke.”

Nickelodeon is said to have offered her $300,000 to keep quiet about her experiences following the cancellation of the show ‘Sam & Cat,’ but she turned down the offer. Miranda Cosgrove, who co-starred with Jennette on the Disney Channel show “iCarly,” has admitted that she did not realize why Jennette was so resentful at the time because she was not paying attention to the situation. Miranda was quoted as saying to the Times, “When you’re young, you’re so in your own head.” You can’t even fathom the fact that people close to you are going through much tougher struggles. She claimed that Jennette was very good at maintaining her outward appearance. Miranda continued by saying, “You don’t expect things like that from the person in the room who’s making everyone laugh,” and she emphasized that point.

Even though Jennette uses humor as a means of coping with difficult situations, her family is already upset about the title of her memoir. Marcus, Jennette’s brother, was quoted as saying to the Times that their grandmother was “very upset” about the title. Due to the fact that he had personal experience with the volatile nature of their mother, it appeared that he understood his sister’s predicament better than others. “You were always treading on eggshells—were you going to get a nice mom or a crazy mom today?” he recalled asking. “You were always walking on eggshells.” “She would be perfectly normal one day, and then the next she’d be yelling at everyone. Every holiday was celebrated in an extremely dramatic manner. If there was even the slightest imperfection on Christmas, she would lose her mind.” Marcus expressed that he had no problem with Jennette’s sense of humor, provided that his troubled sister was able to find solace in laughter. “You can either be like, ‘Woe is me, my life is horrible,’ or you can find the humor in these things that are really tragic,” he told the Times. “You can either be like, ‘Woe is me, my life is horrible.’”

On Tuesday, August 9, the book titled “I’m Glad My Mom Died” will be made available in bookstores.