How Did He Lose Weight? Diet Plans Workout And Transformation Journey Explored 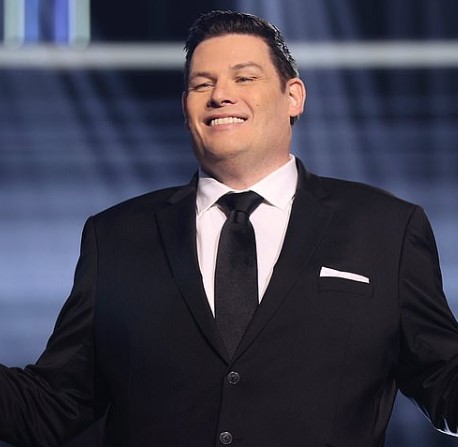 The English quizzer and television personality Mark Labbett is currently making news as a result of his remarkable weight loss. His athletic build has garnered quite a bit of attention recently.

Since 2009, the quiz player has participated in the ITV game show The Chase as a “chaser,” and he made his debut on the Australian adaptation of the programme in the latter half of February 2022.

Labbett is a regular contestant in several quizzes and has appeared as an opponent on a number of different television quiz shows.

How Did Mark Labbett Lose Weight?

Mark Labbett has had a spectacular weight loss, as evidenced by the most current photographs, which show him looking far slimmer than in the past.

The Chase actor recently encouraged his followers on Instagram to participate in the National Television Awards by posting a photo with the caption “Vote Now!” Almost immediately, followers remarked on how lean the Chaser seemed to be in recent images. Mark accompanied the selfie with the following text: “Sorry, I’ll beg for votes again. NTA time has come around once more: #NTA”

Fans were quick to guarantee their votes for Mark in the comments section of his post, but many were taken aback by the photo of the TV personality, which displayed his remarkable weight loss.

Many fans of quiz shows have found that topics such as The Chaser’s personal life and his quest to lose weight make for interesting conversation topics. After recently divorcing his wife Katie, he has been spending his time away from her concentrating on bettering both his physical condition and his professional career.

The beast admitted on Loose Women that he had cut out the majority of the carbohydrates from his diet and that as a direct result, he had lost 10 stones, which is equivalent to approximately 140 pounds.

“Prior to going into lockdown, I weighed close to 26 stones. Mark shared that after that, a few things began to fall into place and work well, which resulted in him beginning to lose weight.

His weight prior to that was significantly higher; on the program, the 56-year-old claimed, “I am progressively losing Xs off of my size.” Due to the fact that I have gone from a 5XL to a 4XL, it would appear that I am now able to purchase XL underwear the next time I go shopping. I weighed 29 stone and was at a significant risk of having high blood pressure when I started working as a full-time teacher in the year 2003. I’ve lost ten stones in the time since then.

It seemed like a good way to stay in shape to spend the whole day chasing after a child. It has been one of the challenging workouts for me. “The most important thing to worry about is keeping an active child occupied when daycares are closed,” he noted. So the question is, how can you stay one step ahead of them?

Mark Labbett’s weight loss has motivated hundreds of thousands of people all around the world, and during his visit on Loose Women, he discussed some of the strategies that he used to achieve his weight loss goals.

The beast started off by claiming, “I had decreased my consumption of carbohydrates. Because I’m on a diet that’s heavy in protein, the majority of the meat I eat is lean. In light of this, despite the fact that I really enjoy chips and other types of carbohydrates, I find that I consume significantly less of them today than I used to. It became a positive feedback cycle in which you eat less, lose weight, and as a result, you are not as hungry.

The contestant on the game show was able to accomplish his objective by eliminating carbohydrates, which are also commonly referred to as sugars, starches, or fiber.

Nutritionist Tamara Willner Second Nature investigated “The Beast’s” diet as part of an initiative to promote healthy eating that was supported by the NHS. “Mark’s weight reduction occurred over a lengthy period, which is healthier than reducing weight extremely abruptly,” she told Express.co.uk. “The gradual nature of Mark’s weight loss is better for your health.”

If we lose weight gradually over a period of time, pay attention to adjusting our routines, and learn new healthy behaviors, we have a far better chance of keeping the weight off once we achieve our goal weight.

Mark also credits his success in reducing weight to the fact that he exercises on a consistent basis. In December of the previous year, he took part in the One Million Step Challenge that was hosted by Diabetes UK and Fitbit. In order for participants to meet their one-million-step goal at the end of the three-month challenge, they were strongly encouraged to step up their activity levels and walk at least 10,000 steps on a daily basis.

The professional had this to say about Mark’s MuscleFood plan: “For those of us with additional money but less spare time, the “MuscleFood goal getters” plans are convenient.

“However, unless you remain with the program permanently, you could have difficulties when you resume cooking for yourself because it does not teach us the science behind how our bodies function,” said the spokesperson. She continued.

How Rich Is The Chase Cast Mark Labbett In 2022?

Mark Labbett, who is known for his work on British television, has accumulated a net worth of $2 million. Mark, who was born in Tiverton, Devon, England in 1965, holds a number of degrees, including a law degree from the University of Glamorgan and a master’s degree in mathematics from Oxford University. Mark’s birthplace is listed as England.

At the Caldicot School in Caldicot, which is located in Caldicot, Monmouthshire, South Wales, Labbett filled in as a substitute teacher for both mathematics and physical education. After he retired from his job as a teacher, he quickly discovered that quizzing was his true calling.

The contestant became a member of a pub quiz team, took part in various competitions, and ultimately won the Jumbo Quiz championship. Later, in 1999 and 2000, he appeared on the game show “Mastermind,” first as an expert on the Olympics, and then as an expert on “The Simpsons.”

In addition, he took part in challenges and competitions such as “BrainTeaser,” “Millionaire Live,” “Only Connect,” “The National Lottery People’s Quiz,” “University Challenge,” and the well-known game “Who Wants to Be a Millionaire?” He competed in the World Quiz Championships in 2012 and finished in the top 100.

The most well-known job that Mark holds is that of a chaser on “The Chase,” a quiz show that airs on ITV and for which he has worked continuously since 2009. Labbett, who also acts under the stage name “The Beast,” is a co-star on the program along with Paul Sinha, Anne Hegerty, and Shaun Wallace. Labbett also performs under his own name.

Prior to their divorce in 2020, Mark Labbett was married to his second cousin once removed, Katie Labbett.

Mark of The Chase has been completely transparent about the split he recently went through with his wife of two years.

Mark, who is 56 years old and is also known as The Beast, exchanged vows and was married to Katie, who is his second cousin, in October of 2014. The charming pair are parents to a young boy who goes by the name of Lawrence and is currently four years old.

However, in 2020 the pair made the decision to dissolve their relationship, stating the fact that their age gap of 27 years was the primary factor in their decision to part ways. After some time had passed, it became apparent that Mark was aware of Katie’s connection with Scott, a man aged 31.

More than two years after the end of their relationship, Mark has finally come clean and revealed that he is “too busy” for a romantic relationship.

He confirmed to The Sun that he does not have a girlfriend. Even though we are not living together, we are able to successfully co-parent our children. “I vowed to take care of her and my child,” she said to him. “It’s my responsibility.” Neither parent wishes for the child to suffer as a result of the split. 2010 was the year that the exes first communicated with one another on Facebook, and Katie later claimed that she was ignorant that John had been on The Chase at the time.