How Old Is He? Rapper’s age debate explored 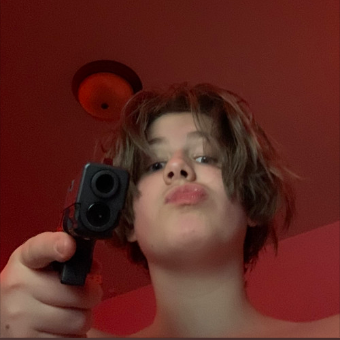 After making the assertion that he is 27 years old on August 2, rapper Lawsy caused a commotion on the internet with his statement. The vocalist, who rose to prominence on the internet with the release of an original song named “Please Me,” was widely regarded by internet users as a potential future superstar in the adolescent demographic.

During an interview that took place on Tuesday, Lawsy talked with the presenter of Our Generation Music, Hakeem Rowe, about his artistic path and addressed rumors and conjecture regarding his age. The age of the TikTok celebrity was the first topic that Rowe brought up in conversation with him. Lawsy responded by saying, “I’m 27 years old.”

The journalist did not trust him and requested that he provide some kind of identification as evidence. The rapper continued by assuring the presenter that he was actually 27 years old, despite the fact that he did not comply with the request to reveal his age. In addition, he said that he was unable to recall the year in which he graduated from high school, and he went on to say that he was also clueless about the date of his high school reunion.

When the presenter said that Lawsy seemed to be just 14 years old, Lawsy responded as follows:

Why is Lawsy’s age a topic of debate?

Before the interview, many of the social media celebrity and rapper’s followers believed that he was a teenager since it seemed as if he acknowledged this in his earlier songs. However, he recently cleared this up in an interview. For instance, the following may be found in the lyrics of his song “F*ck Not Fight”:

“She claims that I’m too young, therefore we can’t talk about it.”

Another one of his songs, titled “Partner in Crime,” had the following lyrics sung by him:

“Fake ID in the club, sweetie,” the bouncer yelled.

The North Carolina rapper’s age has been speculated to range anywhere from 14 to 18 years old after a lot of TikTok users claimed that he is presently enrolled in the same high school as they are. This led to the widespread belief that he is just 14 years old.

The opinions expressed in the comments section of OGM’s official Instagram post seem to be split on the subject as well, with some users claiming that he does attend high school and others stating that he is a freshman.

In December of 2021, the rapper and content producer for TikTok made their first appearance on the platform for sharing videos online. One year later, he published his own song under the title Please Me, which went on to receive more than one million views in much less than a week.

After the publication of his song “Hotel,” he proceeded to expand the number of people who followed him online. He said that he was taken aback by the amount of momentum that the song received in the interview that he had with OGM:

“I had no idea that it was going to increase to that degree. It took a month after it was released for it to blow up, and before it did so, it had just approximately 100,000 streams… It continued on forever, and at some point, I stopped believing that it was really happening. That s—t was playing in the background no matter where I went.
Over 4.5 million people have listened to Hotel on Spotify, while another version of the song has had 2.5 million listens. As he continues to build up a following, the number of people listening to him on Spotify each month has increased to one million.

The R&B singer can’t wait for his new album, which will be named Sexxnb and will be released later this year. There is no information available at this time about the cover art, the amount of tracks, or the release date.

The singer, on the other hand, has said that he favors to take his time while creating an album since he feels it gives him the opportunity to reflect on “what’s transpired” in his life and then transfer those thoughts into song.

Share
Facebook
Twitter
Pinterest
WhatsApp
Previous articleWhat happened to Lil Tecca? Did he get shot? Here’s what we know.
Next articleWho is American Rapper Khia? Beyonce’s Renaissance Album Slammed As Devil Worship By Rapper of ‘My Neck, My Back’