Apna NewzLeading The Youth Towards Future
HomeNewsHow old is Lottie Tomlinson? All about Louis Tomlinson's sister as she...
News

How old is Lottie Tomlinson? All about Louis Tomlinson’s sister as she gives birth to baby boy 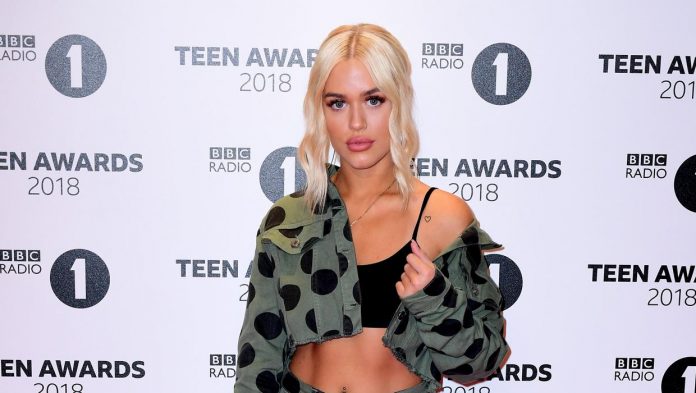 She is 24 years old. Her full name is Charlotte Elizabeth Lottie Tomlinson. She is also Louis Tomlinson’s half-sister, who is a member of the band One Direction.

On August 10, Lottie announced to her followers on Instagram that she and her partner, Lewis Burton, had become parents to a baby boy by posting a snapshot of her newborn infant looking absolutely precious. Lottie wrote the following in her caption for the same Instagram story:

The newborn infant could be seen in the grainy black and white photograph that Lottie had sent, swaddled in a warm towel just after birth. It was also verified by her sister, Phoebe Tomlinson, that the makeup artist had become the proud parent of a son with Lewis Burton.

Everything that we are aware of concerning Lottie Tomlinson

In 2015, Lottie Tomlinson launched her career as a makeup artist when she began working with the internationally famous band One Direction as their makeup person. One Direction is led by her brother Louis Tomlinson. During the band’s “On the Road Again Tour,” as well as several other promotional appearances, she assisted them in addition to taking on the roles of stylist and makeup artist for the group.

In 2016, Lottie worked with Nails Inc. and marketed their spray-on nail polish Paint Can as part of their ambassador programme. For this, she received recognition as the company’s ambassador.

The model disclosed her desire to work in the cosmetics industry in an interview with Paper Magazine that took place in September of 2016. Lottie also expressed her excitement about the possibility of beginning her career in the field of makeup with the group led by Louis Tomlinson. She pointed out that:

“I have always been interested in a career in the makeup industry, but when I was younger, I wasn’t sure whether I had what it took to be successful. I believe that as time went on and I gained more expertise, I came to the conclusion that I could actually make this my career. It was a wonderful pleasure to work alongside my brother because we were able to visit and explore so many fascinating places together throughout our time together. Having my very own collection is something that has long been a goal of mine; I think it would be incredible if I were able to accomplish this.”

Not only that, but Lottie Tomlinson also made a brief cameo appearance in the music video for her brother’s song titled “Back To You,” in which she appeared alongside her previous partner Tommy. In 2017, Lottie published a book titled In Rainbow Roots: #MAKEUPBYME, which was about the topic of cosmetics. Her followers can learn more than 40 different cosmetics application techniques from her book.

More on the love story of Lottie Tomlinson and Lewis Burton, who recently became parents.

According to reports, former tennis player Lewis Burton began dating cosmetics artist Lottie Tomlinson in the month of July 2020. It is reported that the two became close after suffering the early death of loved ones at similar times in their lives.

The Daily Mail reports that Lottie and Lewis first met at a house party in May of 2020. Following their initial encounter, a source for the Daily Mail noticed the following:

“After spending time together at a party at Lou’s place, Lewis and Lottie had developed a close relationship with one another. Although they have been meeting one other covertly for the past few weeks, their newly formed bond has not gone undetected by their other common friends.”

When Lottie and Lewis were seen kissing in Ibiza when they were out with their friends, their relationship was finally given the thumbs up for public consumption. On the other hand, they have recently became the ecstatic parents of a baby boy!