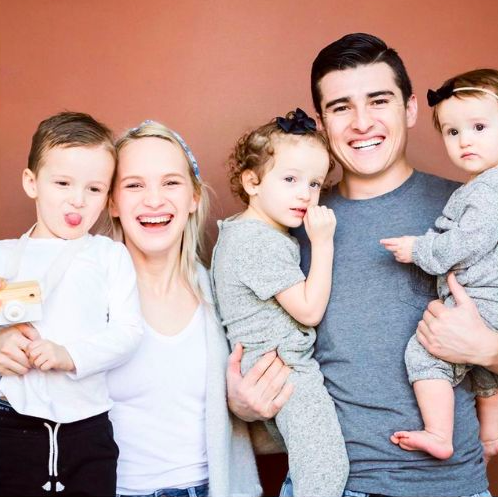 The popular YouTube channel Okbaby, which has more than 1.49 million followers, is going to be closing down soon. The news that the channel would no longer be active has been quite disappointing for those viewers who were looking forward to the family’s vlogs.

After blogging about their life together, the couple started recording videos of each of their children soon after they were born. On the other hand, the decision to discontinue use of the channel was made as soon as the two of them ended their relationship.

The end of Okbaby: Details explored

YouTubers Kyra Sivertson and Oscar Morales, who earned their career by vlogging their lives to the world, are getting ready to say goodbye to their channel known as Okbaby. Kyra and Oscar made their money by vlogging their lives to the world. The couple, who together have four children, decided to end their relationship early this year and made the announcement on their breakup on the family channel that they maintain on YouTube.

It was revealed that the couple will be going their own ways after the breakup. Since their channel is something that is holding them together, other than the children, it would be a wise move for them to cease creating videos so that they are free to lead different lives. In the video, Oscar can be heard commenting on how strange the situation has gotten, but he acknowledges that they should cease creating films together as it is in everyone’s best interest.

The pair spoke these things as a conclusion to the video:

“As of right now, we are not Okbaby; rather, we are Oscar and Kyra with a whole bunch of babies.”
As of right now, Oscar and Kyra will both be focusing their efforts on their very own independent channel projects. However, they also noted that they would be releasing three more videos, which will be the last videos on this channel; after that, they will stop producing films and instead invite people to follow them on their own channels where they will continue to produce content.

However, at the time, internet users criticised Kyra for ending her relationship with Oscar since that was the message sent by the video. Kyra and Oscar both acknowledged to wrongdoing in their relationship when they made the announcement that they were splitting up a few months ago. However, as a conclusion, the couple said that separating would be the best decision for all parties involved, including their children.

They had agreed to share their channel Okbaby at the time, but it is pretty obvious that doing so has proven to be far more challenging than they had anticipated it would be. When Kyra and Oscar announced their decision to end their relationship earlier this year, many people speculated that Kyra may have been unfaithful to Oscar. However, it was subsequently discovered that this was not the case. The decision to go our own ways was reached amicably by both parties.