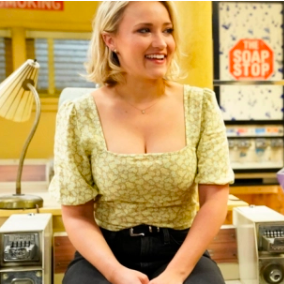 Sheldon Cooper, who was nine years old at the time, is introduced at the beginning of the spinoff prequel to The Big Bang Theory. The story takes place throughout the late 1980s and the early 1990s and begins with Sheldon Cooper living with his family in East Texas and attending high school.

Iain Armitage is one of the actors that portrays the younger version of Sheldon with Zoe Perry, Lance Barber, Montana Jordan, Raegan Revord, and Annie Potts. Sheldon Cooper, the adult version of the character portrayed by Jim Parsons on The Big Bang Theory, acts as both the show’s narrator and an executive producer.

Insights On Georgie And Mandy Being Pregnant In 2022

On the one hundredth episode of Young Sheldon, it was revealed that Georgie and Mandy had an unexpected pregnancy.

In the end, Georgie broke the news to his parents about the couple’s predicament, despite the fact that he had first been reluctant to do so. Additionally, he gave the impression that he could solve the problem all by himself.

The unexpected information was revealed near the conclusion of Young Sheldon when the character of Mandy, played by Emily Osment, revealed that she was expecting a child.

The elder brother of Sheldon had a number of girlfriends in the past, but his love choices shifted once he dropped out of school and started working full time. Sheldon’s younger brother is now single. Unfortuitously, the episode of The Big Bang Theory spinoff that airs on Thursdays began airing after that bombshell discovery.

The series’ co-creator, Steve Molaro, hypothesizes that as the Coopers mull over their choices, they won’t be ignorant of George and Mary’s history.

Relation With Mandy And Baby News

Young Sheldon seems to have even more surprises in store for Georgie in season 5 of the show (Montana Jordan). The eldest child in the Cooper family has had a rough time over the last several weeks.

At the same time, Georgie made the decision to begin dating Mandy, who was much older than he was, and in order to attract her attention and get her to meet him, he misrepresented his age to her. As soon as he revealed it, Mandy immediately severed their relationship.

Despite this, they maintained their bond after the event. The reactions of George and Mary to Georgie’s discovery were seen in an earlier sneak peek for Young Sheldon that CBS aired.

At first glance, it seems as if Georgie’s mother will have a strong reaction, having a difficult time embracing the truth that would make a significant difference in her son’s life. Despite this, it seems that Mary will eventually find a place to call home.

In an episode of Young Sheldon, the show’s creator, Steve Molaro, debunks a widely believed belief about the pregnancy of Georgie and Mandy.

After a weeklong hiatus, the continuation of The Big Bang Theory spinoff will pick up where it left off with the fallout from Georgie’s amorous adventures. The Coopers need to make a decision on what to do now that it is known that Mandy is pregnant after the news broke.

In the fifth season of Young Sheldon, Georgie decided to forego her education in order to focus entirely on her business. In the middle of all of this, he initiated a new relationship with an older lady.

However, despite the fact that he was just 17 years old at the time, he acted as if he was 21 in order to make things work. Their relationship came to an end as a direct result of Georgie’s ultimate admission that she had lied.

Share
Facebook
Twitter
Pinterest
WhatsApp
Previous articleHow old are the kids of Latrell Sprewell? Wife and Net Worth in 2022: How Did He Lose Everything?
Next articleWho Is Filmmaker Andrea Iervolino’s Wife? All About Their Relationship