Is I Love My Dad actress Finneas O’Connell her fiancé? 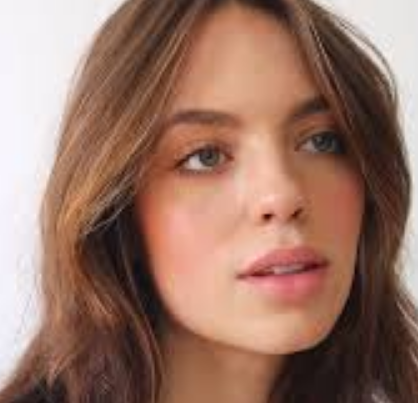 Claudia Sulewski: Is I Love My Dad actress Finneas O’Connell her fiancé?

Claudia Sulewski, an American YouTuber, host, and actor, started off posting videos to her channel in her hometown of Chicago before travelling to Los Angeles and transitioning into hosting in 2014.

A year later, she began presenting videos for Teen Vogue’s YouTube page, eventually rising to the position of channel host on a regular basis. She continued to pursue an acting career and made her film debut in the 2022 film I Love My Dad.

She started her YouTube channel in 2010 under the moniker BeyondBeautyStar, which she also used on Instagram. Videos on her fashion preferences, beauty routines, travels, attempts at interior design, workouts, daily activities, and wellbeing may be seen on her channel.

Following this, she changed the display name of her channel and all of her social media accounts to “Claudia Sulewski,” which is her full name. During the COVID-19 pandemic lockdowns, Sulewski and her musician boyfriend Finneas O’Connell started the podcast We Bought A House.

She was also raised in Park Ridge, a suburb of Chicago, and was brought up Catholic. She studied religion studies in the seventh grade while still attending Polish school every Saturday. Her two brothers are Kevin and Marcin.

Claudia has also dabbled in the fashion world by collaborating with Nordstrom BP to introduce a clothing line. She made the advertisements, her lookbook, and worked as the creative director for social media for the launch.

She will make her big-screen acting debut in the 2022 movie I Love My Dad, which also stars Patton Oswalt and is written, produced, and directed by James Morosini. The film had its South by Southwest debut on March 12 and received the Jury and Audience Awards for the Narrative Film Competition.

Finneas O’ Connell and Claudia Suleswki are not engaged, but they are content in their shared home and haven’t yet exhibited any signs of breaking up.

Despite sharing a house and a dog, Finneas and Claudia Sulewski have never felt the need to be married. Finneas was open and honest when asked if he had any urgent plans to wed Sulewski. He said he does not to the publication.

He shares Sulweski’s point of view. She remarked that although though buying a puppy and moving in together was a big step for them, they sincerely love each other’s company and it is enough for them right now.

The couple is obviously not rushed to be married and simply enjoys each other’s company.

Beata Krupiska and Czesaw Sulewski, both of Polish descent, gave birth to Claudia Sulewski in Chicago, Illinois, on February 19, 1996.

She could be the sole child because there is no information about her siblings. Her parents are Polish immigrants, hence she is proficient in Polish. She is therefore of Polish descent and a citizen of the United States.

She obtained her official education to completion at Park Ridge, Illinois. Other than that, nothing specific is known about her academic history or the institutions that she attended.

She started her YouTube career in 2010 under the username BeyondBeautyStar, which is now her actual name. Her YouTube channel featured videos on fashion, everyday habits, and workout.