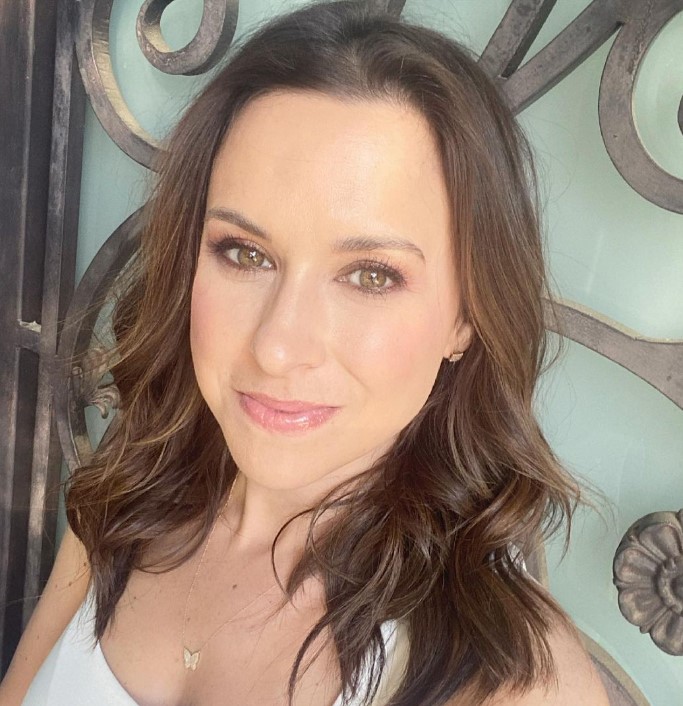 Lacey Chabert is an actress hailing from the United States and she is 39 years old. As a young performer on television, she became well-known for her role as Claudia Salinger in the drama series titled Party of Five. This contributed significantly to her rise to stardom.

Her debut role on a major motion picture was as Penny Robinson, which she played in the sci-fi thriller Lost in Space, which was released in the late 1990s.

In addition, Chabert has provided the voice for the superhero Zatanna Zatara in a variety of works of media associated with DC Comics. She has also performed the voice for Meg Griffin in the first series of the animated sitcom Family Guy.

Late in February of 2022, according to Variety, Lacey Chabert secured an exclusive contract to executive produce and participate in films for Hallmark Channel and its sibling channels throughout the course of the subsequent two years.

Although there were a number of presumptions made about Lacey leaving Hallmark and other companies, it did not necessarily suggest that actress Lacey Chabert would quit Hallmark.

Reportedly, her contract with GAC Family is for Christmas films and other holiday-themed movies; nevertheless, she could be able to continue working with Aurora Teagarden films on Hallmark’s sibling channel Movies and Mysteries.

Since 2010, Chabert has appeared in a number of Hallmark movies, including the most current installments of the Wedding Veil trilogy, which were released earlier this year.

Because of the production team and the well-known actors who appear in their movies, Hallmark Channel is consistently considered to have the best holiday-themed television movies. On the other side, Great American Media is giving the network a run for its money in the race for first place.

The departure of many Hallmark artists, including the actress Lacey Chabert, has been the subject of countless reports published online, which has led to contention in the community.

According to Deadline, the first famous person to leave the show was Danica McKellar. She is said to have signed a contract with GAC Media in late October of 2021.

It’s possible that the sudden departure of actress Candace Cameron from the network was the most shocking of all the recent departures. Midway through the month of April in 2022, it was reported by Variety that she signed a contract with GAC Media, which is the parent company of GAC Family.

Nevertheless, the shift in the quality of the talent is not the only recent adjustment that Hallmark has seen. The new channel has attracted the departure of a few of the stars.

However, the report of Lacey’s resignation from Hallmark is merely a rumor, and she is still in communication with the channel, despite the fact that she has become a member of the GAC family.

The network was rebranded as GAC Family on September 27, 2021, and it included programming that was comparable to those of Abbott’s previous place of employment, Hallmark Channel.

Fans will surely reap the benefits of Chabert’s decision because she has been very vocal about how much she enjoys the happy endings that the network produces.

After making its first foray into LGBTQ+ roles with Wedding Every Weekend in 2020, the network has been making efforts over the past few years to promote films and parts that are LGBTQ+ friendly, as well as to present a wider variety of couples on screen.

On September 30, 1982, Lacey Chabert was welcomed into the world by her parents, Julie and Tony Chabert. She is an American citizen and received her upbringing in Purvis, Mississippi, hence she is a citizen of the United States.

Her father, Mr. Tony, is of Cajun ancestry and is a native of the state of Louisiana in the United States. He worked as a maintenance agent for a company that specialized in oil.

In addition, Mrs. Julie, her mother, has both Scottish and Italian roots in her family tree. Regrettably, there is no information available about the nature of her work.

Her older sisters’ names are Chrissy and Wendy, and she has a younger brother who goes by the moniker T.J. in her family.

Lacey Chabert Career With Hallmark Channel And Her Filmography

Before beginning the year 2018 with an original Hallmark movie that made its debut as part of Countdown on Valentine’s day, Lacey Chabert appeared in a number of different television movies during this time period.

On August 21, 2022, Hallmark Movies & Mysteries will be the first to air Groundswell, a new Hallmark film starring Chabert and Ektor Rivera.

In addition, Chabert has appeared in 27 movies that were broadcast on the Hallmark Channel. As a direct consequence of this, The New York Post and a number of other publications have begun referring to her as the “Queen of Hallmark Christmas Movies.”

The Hallmark Channel has highlighted that she is “one of the best young actors of her generation” and that her “portfolio is as extensive as it is versatile,” both of which are accolades bestowed upon her by the network.

The Brooke Ellison Tale is a film directed by Christopher Reeve and starring Chabert. The film is based on the true story of a paraplegic woman who overcame a number of obstacles in order to receive her degree from Harvard. Chabert played the role of the title character in the film.

Between the years 2013 and 2014, she appeared as Dr. Amy Shaw in the ABC Family comedy series Baby Daddy in a recurring role.

Lacey has maintained an extraordinary level of talent in her acting career. In addition to being a well-known name in the industry, her laudable functionality has earned her the admiration of a substantial net worth. This wealth is the result of her ability to provide for herself and support herself through her talents. It has been reported that her annual compensation is in excess of one million dollars. According to the box office listing, the picture “Mean Girls,” which was developed with a total budget of $17 million, has gathered $129 million. This makes it one of the most successful films. In a similar vein, the earnings from her other projects, such as “Lost in Space,” “Daddy Day Care,” and “Christian Mingle,” came to $136,2 million, $164,4 million, and $25,480, respectively. These roles in movies and television shows have contributed a significant amount of money to her current net worth of $9 million. a superstar that stands 5.2 feet tall and weighs a total of 52 kg, in addition to being a stunning woman and an innovator in the field of makeup. She has been a strong supporter of a variety of causes. It is estimated that the exclusions she will qualify for will save her around $78,431. She manages her income from all types of sources, including social networking websites, where she has widespread popularity. In reference to the resources that she keeps at her disposal. She holds a magnificent villa Los Angeles value $0.7 million. Other aspects of her personal wealth include jewelry and stock investments on Wall Street. She has not yet divulged any information regarding the autos that she owns.

David and Lacey made the decision to be married after dating for a number of years. However, when we first met, Lacey brought up the fact that he is her closest friend. During this period, they chose to keep their relationship relatively under wraps, disclosing few details about it to the general public.

Finally, on December 22, 2013, Lacey Chabert and David Nehdar made the announcement that they had tied the knot during the holiday season of December. The wedding was held in a private ceremony.

On Twitter in 2016, his wife Lacey revealed that she is expecting their first child. Her announcement was made by sharing a photograph of her dog on social media with a shirt reading, “My mom is having a baby & all I get is this ridiculous shirt,” which was the caption of the photo. After the news was broken, she continued to keep her followers informed by posting a variety of images up until one week before the baby was due.

After thereafter, it was announced on Instagram that their baby is a girl, and a post was published during the first week of September, welcoming their daughter, who they have called Julia Mimi Bella Nehdarin in honor of her grandmother, whose name was Julie Chabert.