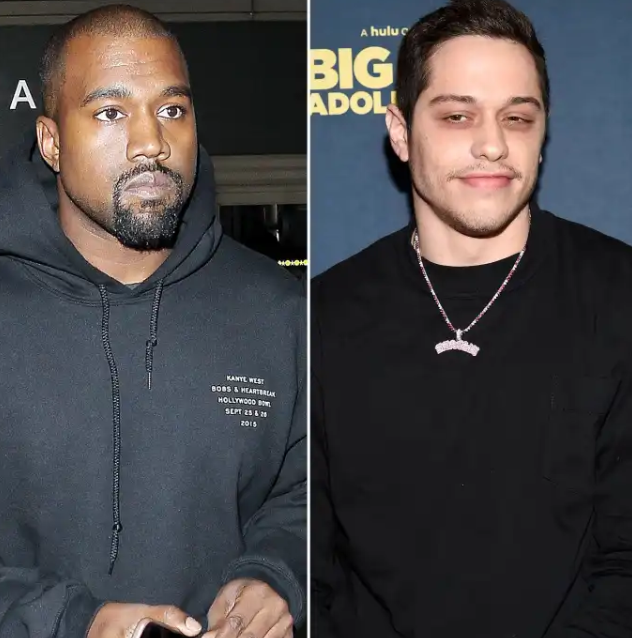 Kanye West continues his trolling of Pete Davidson with the question “Is Skate Davidson Dead at 28?,” which comes after the comedian’s breakup with Kim.

The ongoing beef between Kanye West and Pete Davidson provides plenty of entertainment for people who use the internet. The former has referred to himself as a “Skete” in several of his posts on Instagram. What exactly does it signify?

What does Kanye West mean when he refers to Pete Davidson as “Skete”? Drama Explained

The rap artist published an unusual post to his handle on August 8, 2022, which was a Monday. He leveled accusatory statements against the ex-boyfriend of his ex-wife. A photograph of a fabricated headline from The New York Times reads, “Skete Davidson Has Passed Away at the Age of 28.”

Kanye does not like to restrain his emotions, as he never does. The most recent reports indicating that Kim Kardashian and Pete Davidson, who had reportedly been dating for nine months, have broken up have made him very happy.

If we focus our attention on the picture at the bottom of the page, we can see that it contains some text that also makes reference to Ye’s adversary Kid Cudi. It says that Kid Cudi intended to play the funeral, but he was afraid that people would throw bottles at him.

West referred to Cudi’s recent performance at Rolling Loud Miami, during which he was forced to leave the stage after being hit by objects that were thrown from the audience. West cited Cudi’s experience.

Explanation of the Meaning of Skate Davidson

Kanye West is the one who invented the fake news story ‘Skete Davidson Dead’ in order to make fun of Pete Davidson, who just recently ended his relationship with Kim Kardashian.

In particular, Skete is a component of a meme that originated with the beginning of Kanye West’s feud with Pete Davidson. The trolling started in 2022 on Instagram, around the same time that Davidson began dating Kardashian. While this was going on, West was mocking Pete on his various social media handles, either directly or indirectly.

Pete Davidson, a comedian and a cast member on Saturday Night Live, reportedly got the nickname “Skete” from Kanye “Ye” West, an entrepreneur and a rapper. Know Your Meme claims that West gave Davidson the moniker.

The first time the rapper used the nickname was in February 2022, when he posted a series of images to Instagram under that name. It wasn’t long before West’s devoted followers began referring to the comedian, and eventually, the reference became ingrained in a number of internet memes.

Even though it appeared that the rapper was talking about Davidson in the post, he did not specify whether or not he called Davidson “Skete” or even explain why he did so.

“A pale, slender white dude who’s dating your ex,” according to the Urban Dictionary’s definition of “Skete.” In addition, it refers to a person who will sleep with anyone and doesn’t care if the other person is in a committed relationship or not.

Other fans, on the other hand, are under the impression that the moniker is somehow connected to the name of Davidson and Kardashian’s “ship,” in the same way that “Kimye” may have been used to refer to West and Kardashian.

A commenter on Reddit wrote the following about Ye: “He’s just mad because Pete was giving Kim that skeet all day, and he can’t do anything about it other than post weirdo hater s** on IG.”

Another user who goes by the name Blackendstars chimes in with the following response: “Nah dude, honestly, I’m on Kanye’s side.” This scumbag has detested Kanye since day one. He is a bad influence on his family.

What are your thoughts on the Skete Davidson, as asked in this Reddit thread? A great number of people have contradictory responses to this question.

One of them responded by saying, “I don’t even care about Kayne; in my book, Pete has always been a piece of s**.” I had a nagging urge to confront that jerk and punch him in the face whenever I thought about it. I would bring him to ruin.