Apna NewzLeading The Youth Towards Future
HomeNewsJan Carabeo Is Expecting A Baby In October Of 2022, And She...
News

Jan Carabeo Is Expecting A Baby In October Of 2022, And She Is Currently Pregnant 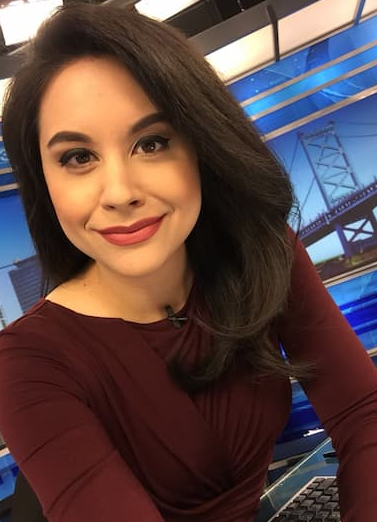 Jan Carabeo, a reporter for CBS Philly, took to social media to announce to her followers and audience the wonderful news that she and her husband are expecting their first child together.

Before being promoted to her current role, the journalist held the position of reporter for CBS3 Eyewitness News as well as an anchor for the weekend morning newscasts.

The reporter’s colleagues, friends, and followers, along with anyone else who has heard the news, are overjoyed to learn that she is expecting.

On July 1, Jan Carabeo from CBS Philly broke the news to her followers on Twitter that she and her husband, Andrew, were expecting their first child together by posting a picture of an ultrasound.

The journalist disclosed that she is expecting her child in the month of October, and she wrote,

This one may keep me closer to home, but the next big adventure is already on the horizon. It would appear that we are on baby watch, and come October, I will be forced to finally mature into an adult. I’m going to need it!

The pregnancy announcement made by the news anchor resulted in a large number of congratulatory comments and replies to her tweet from people who wished the expecting couple the very best of luck in the next stage of their lives together.

On August 2, friends and family of the reporter Carabeo hosted a baby shower for her. The reporter wrote about the event on her social media platforms, saying,

“Returned home on Sunday to find some of my closest friends and family members who had traveled across the country to attend the most precious baby shower. Their careful preparation and selflessness have inspired awe in me.

Jan expressed her gratitude to God for blessing her with such wonderful family and friends who cared for her.

Who exactly is Andrew Adamson, her husband?

On August 25, 2015, Jan Carabeo wed her husband, Andrew Adamson, and the couple officially joined their lives together in matrimony. Before getting engaged in 2014, Andrew and Jan dated each other for a period of time spanning several years.

The individual who works as a news editor for Fox 29 in the Philadelphia area is a graduate of Indiana University. Jan Carabeo’s husband holds this position.

The pregnant woman and her partner can hardly contain their joy and anticipation over the impending arrival of their child. Because they enjoy spending so much time together exploring the world, Andrew appears frequently on Jan’s Instagram feed.

Photos Showing the Baby Bump of a CBS Reporter

Jan Carabeo disclosed the news that she is pregnant as well as the results of her ultrasound; however, her growing baby bump is not yet visible in any of her photos.

The reporter’s admirers and viewers are excited to see her pregnant belly, and they are keeping their fingers crossed that she will post maternity photos on Instagram.

She did not post any pictures of her growing baby bump; however, she did thank her friend for lending her some of her friend’s maternity clothes; therefore, it is safe to assume that she has gained at least some of the weight associated with pregnancy by this point.

The financial standing of Jan Carabeo

Because of her career as a journalist at CBS for more than ten years, it is estimated that Jan Carabeo has a net worth of one million dollars. In 2014, the journalist began working for CBS3 Eyewitness news as a reporter, and in 2017, she was promoted to the role of morning anchor.

Carabeo had previously worked for WTIC-TV in Hartford, Connecticut, both as a reporter and an anchor prior to beginning her role as a reporter for CBS in Philadelphia.

The Philadelphia reporter demonstrated outstanding excellence in the beginning stages of her career, which resulted in her being awarded the New York Associated Press Award for Best News Series named Gold Star Mom in 2011.

Share
Facebook
Twitter
Pinterest
WhatsApp
Previous articleWho Is Politico’s Marianne Levine, And Does She Have A husband?
Next articleWho Is Maria Pletz, Nico Schulz’s Ex-Girlfriend? Domestic Violence Allegations In The Recent Past Make Fans Wonder About The Partner