Apna NewzLeading The Youth Towards Future
HomeNewsJudith Giuliani, Who is She? All about Politician Rudy Giuliani's ex-wives as...
News

Judith Giuliani, Who is She? All about Politician Rudy Giuliani’s ex-wives as former sues NYC mayor 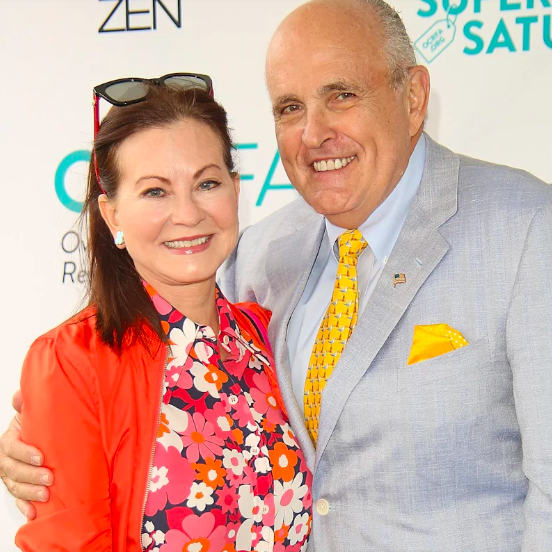 Judith Giuliani, who was formerly married to Rudy Giuliani, recently filed a lawsuit against him for allegedly being in contempt of court and requested for more than a quarter of a million dollars in compensation to keep him out of jail.

According to recently obtained court documents by Page Six, Judith asserted that the former mayor of New York owes her a total of $262,000 in regard to the divorce settlement they had reached. This amount is comprised of $140,000 for a house in Palm Beach, $70,000 for a club membership, and $5,000 per month for housekeeping fees.

In addition to this, she said that Giuliani is responsible for a back payment of $45,000 for the latter. Judith went on to say that the Palm Beach home was put up for sale in 2019 with an asking price of $3.3 million; nonetheless, according to their legal agreement, Giuliani is “bound to pay me $200,000” even if the property did not sell.

“In order to maintain a positive status with the clubs, I was required to pay his portion of the dues,” which left me with no other option.

In addition, she claimed that Giuliani had provided her with “inconsistent and intermittent payments” since the summer of 2018, and that he also sent her with a check for $10,000 in June of 2021 that subsequently bounced “due to inadequate funds.”

Judith feels that Rudy Giuliani has enough money to pay the $262,000 settlement, despite the fact that he has been plagued by legal issues on a regular basis over the last several years:

“He has many residences in New York City and Palm Beach, and it appears that his media-related contracts and transactions bring in big revenues for him.”

According to the documents that have been filed with the court, Judith has requested that her ex-husband pay their debts “immediately with interest.” Her legal team has also brought up the possibility that Giuliani may be subject to “instant arrest or incarceration for contempt of court” if he fails to appear in court.

In April 2018, Judith and Rudy Giuliani filed for divorce, and after reaching a legal settlement in December 2019, their divorce was formally completed and they no longer live together.

Everything to know about Rudy Giuliani’s former wife Judith Giuliani

A certified nurse, a former medical sales professional, a former managing director of Changing Our World, and a founding member of the Twin Towers Fund, Judith Giuliani was a medical sales executive in the past. She is also famous for having been married to the ex-mayor of New York City, Rudy Giuliani.

On December 16, 1954, in the state of Pennsylvania, the medical professional’s parents, Donald Stish Sr. and Joan Ann, welcomed their first child into the world. She received her diploma from Hazleton High School in 1972 and then enrolled in a nursing programme at St. Luke’s Hospital, which was run by Pennsylvania State University. The programme lasted for two years.

On September 1st, 1974, Judith began her career as a nurse at Sacred Heart Hospital shortly after receiving her diploma to become a registered nurse. Soon after that, she ran away with a medical supply salesman called Jeffrey Ross and married him in Las Vegas. The couple’s nuptials took place there.

1975 was the couple’s first year of employment at the United States Surgical Corporation, where they both worked in the sales department until 1979, when they decided to go their own ways. After being divorced from her first husband, Judith later married a wallpaper salesman called Bruce Nathan and adopted his daughter, Whitney.

Judith was awarded primary custody of the couple’s kid after the divorce that occurred in 1992 between the pair. She finally settled in New York, where she obtained a nursing licence from the state of New York and began working in 1993 as a pharmaceutical sales representative for the hospital sales division of Bristol-Myers Squibb.

Judith also began an intimate relationship with Manos Zacharioudakis and shared a home with him for a period of four years before ending the relationship. In terms of her professional accomplishments, she rose through the ranks to become one of the most successful sales managers at Bristol-Myers by the year 1997.

The former medical sales professional first met former New York City mayor Rudy Giuliani in 1999 at a cigar lounge on the Upper East Side. They wed in 2003. During his run for the presidency in 2007, she was also his adviser and helped raise money for his campaign. In addition to the money she donated to the Twin Towers Fund and the Changing Our World organisation, Judith served as the national spokeswoman for the Women’s Heart Advantage organisation.

Judith’s contributions to the community on a humanitarian and philanthropic level, in addition to her work as a nurse, earned her recognition. She was presented with the Community Award from the New York Junior League, the Spirit of Cabrini Service Award from the Cabrini Mission Foundation, and the New York University Humanitarian Award in 2006.

How many times has Rudy Giuliani been married?

Rudy Giuliani, an American attorney who is also a former mayor of New York and a former counsel for Donald Trump, has been married three times. Between the years 1968 and 1982, he was married to Regina Peruggi, an American educator who had previously served as president of Kingsborough Community College.

It is said that Peruggi and Giuliani had known one other since they were children, and the two of them were married on October 26, 1968. By the middle of the 1970s, they were having problems in their marriage, and by 1975, they had made the decision to divorce. When they found out that they were second cousins, they decided to annul their wedding and dissolve their marriage, which had already been going strong for 14 years.

In 1999, while the former mayor was still married to Donna Hanover, he happened to be at Club Macanudo when he was introduced to Judith Giuliani. It was said that by this time, he had become estranged from Hanover, and by 1996, she had ceased making public appearances with her spouse.

On April 15, 1984, Giuliani weds Hanover in New York City. They have a son named Andrew and a daughter named Caroline Rose.

Although it is believed that Judith Giuliani and Rudy Giuliani had a romantic connection, the two presented themselves to the world as “close friends.” In addition, the couple began making public appearances together in the year 2000, before to Giuliani’s formal announcement that he was ending his marriage to his second wife.

Giuliani and Hanovar finalised their divorce in 2002, and as part of the agreement, he stipulated that he would pay his wife a settlement of $6.8 million and give her custody of their children.

The lawyer proposed to his girlfriend Judith in Paris in 2002, and they wed at the Gracie Mansion in New York City on May 24, 2003. After 15 years of marriage, Judith filed for divorce in 2018, putting an end to her relationship with Giuliani. Judith and Giuliani had been together for a total of 30 years.

After years of contentious litigation about their combined wealth of $30 million, the couple’s divorce was finally settled in 2019.