Know about his sallary as NBC analyst and net worth 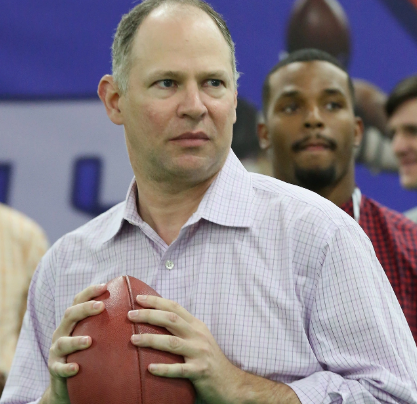 Matthew Berry: Know about his sallary as NBC analyst and net worth

From the time he was twelve years old until he reached adulthood, College Station, Texas, served as his home. His father is a professor at Texas A&M University, and both of his parents work there. His mother previously served as mayor of the city. Berry finished his studies at Syracuse University’s S.I. Newhouse School of Public Communications in 1992 and was awarded a degree in electronic media. Berry received both his undergraduate and graduate degrees from Syracuse University.

Berry’s initial foray into the entertainment industry was in the screenwriting field. He and Eric Abrams have worked together to create a few television pilots and feature screenplays for both film and television. Berry had a side job writing for Rotoworld. He started his own fantasy sports websites in 2004 and gave them the names “TalentedMrRoto” and “Rotopass.” He also made a blog post for Rotoworld.

ESPN intends to make big modifications to its fantasy football offerings prior to the start of the 2022 NFL season.

The biggest modification is that fantasy football team owners will no longer be able to find Matthew Berry’s commentary on the network’s website or any of its other digital channels. Berry announced on Twitter that his 15-year employment with ESPN has come to an end.

The ESPN star who has long served as the industry’s public face has made clear that he will leave the network at the end of this week. Who will help Berry fill the position he formerly held at ESPN is still unknown.

The network has a sizable roster of fantasy writers, on which it has increased its reliance in recent years.

Matthew Perry is a sports analyst for NBC.

Matthew Perry is presently a sports analyst for NBC. According to Insidehook

Berry would join NBC as its new fantasy pundit across all digital platforms, according to the network. He made his television debut on NBC while the Jaguars and Raiders were playing in the Hall of Fame Game, which was covered by “Football Night in America.” Ohio’s Canton was the location of the game.

Through a video clip on his official Twitter account, Berry verified the information. Fantasy football is already greatly influenced by NBC Sports. They will be able to have an even bigger effect in the fantasy market by hiring Berry, who got his start in the field at Rotoworld.

Matthew Berry’s present net worth is thought to be more than $1 million, and it is anticipated to increase going forward.

Matthew Berry has joined NBC, which will undoubtedly significantly boost his net worth. Berry will receive a sizable salary from NBC as a sports analyst for the network.

The average annual compensation for an NBC Sports Data Analyst is anticipated to be $71,841, which is made up of an anticipated base salary of $66,966 and an employee bonus of $4,875.