Know about the actor of “I Love My Dad” 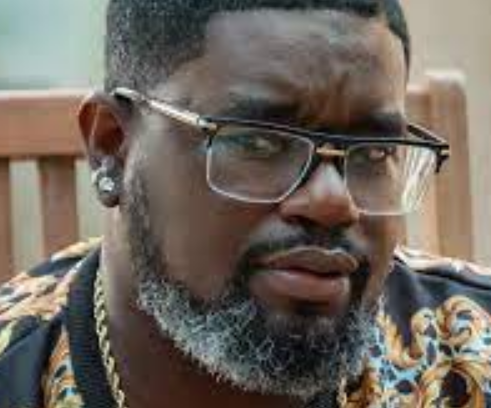 Lil Rel Howery: Know about the actor of “I Love My Dad”

American actor and comedian Lil Rel is best known for playing Robert Carmichael in the television comedy series The Carmichael Show, which ran from 2015 to 2017.

Lil Rel, an actor, is now receiving attention for his role in the upcoming comedy film I Love My Dad, which will be released on August 12, 2022. In the movie, a father who has been terribly separated from his child catfishes him to make up for it.

He also played Rod Williams, a Transportation Security Administration (TSA) agent, in the horror film Get Out (2017). From 2018 to 2019, he also created, co-produced, and participated in the TV show Rel, which ran for one season.

Who Is Brittni Howery, the sister of Lil Rel Howery?

Thought to be Lil Rel Howery’s sister, Brittni Howery is not the sibling of the American actor. She is actually Lil’s daughter and Judah Howery, his son, is her sibling.

His parents have not provided the public or the media with much details about his sister, in contrast to Judah. But when Lil attends occasions like award shows, he also accompanies his kid. She is similar like Lil, her exuberant and goofy father who is well-known for his eccentricities on stage.

On November 24, 2008, Howery and Verina Robinson got married. The two kids born to the marriage are Brittni and Judah Howery. Later, in 2017, the actor divorced his wife.

Thanks to his extraordinary ability to combine humor and honor, Howery not only became a breakout sensation but also a cultural icon. Howery is succeeding faster than most actors in the history of Hollywood.

He has been recognized as the Bernie Mac Comedy King of the Year, nominated for an IMAGE Award for Best Supporting Actor, and the MTV Movie & Television Awards’ Best Comedic Performance in a Movie award.

The once-married comedian Lil Rel Howery has two children with his ex-wife and a kid with an ex-girlfriend with whom he had to resolve disagreements in court. But it seems that his romantic situation is now stable.

He is currently focusing on a new relationship. Howery’s Instagram indicates that he is seeing Daniella Lane right now. She oversees the careers of her four kids while also being a mother, the owner of a talent management company, and a public speaker.

Although we don’t know the exact date the two started dating, it appears from their Instagram photos that they have only lately made their relationship known to the public.

Howery made his first Instagram post about Lane on March 9, 2022. Howery is really active there and isn’t shy about sharing anything. He uploaded a picture of Lane and her four daughters along with a sweet statement about his girlfriend that day.

Howery has taken on the role of being a father figure for Dajuel, Dayla, and the twins Dani and Dannah as aresult of his connection with Daniella.

Lil has a verified Instagram account and can be found there with the handle @comedianlilrel. She has nearly 9000 posts and more than 545k followers.

I adore my dad’s on-screen wife Verina Howery and my children.

Lil Rel Howery, the actor from the film I Love My Dad, was previously wed to Verina Robinson. The couple had two kids throughout their partnership.

The actor’s first kid, Brittni Howery, was born on February 2, 2009, and their second child, Judah Howery, was born on January 5, 2010. After six years of marriage, Robinson filed for divorce in 2015, citing the standard “irreconcilable differences” in her papers.

Robinson asked for further child support in June 2019, but their divorce was formally concluded in 2017. Howery and Robinson work well together as co-parents when the situation calls for it.

Howery, on the other hand, began performing stand-up comedy at the Lion’s Den on Chicago’s East Side. In January 2007, he made his television debut on the reality program Last Comic Standing.