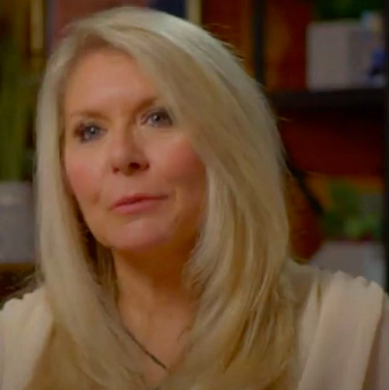 Following the conclusion of the last episode of Five Guys a Week, in which 26-year-old Alexis from Long Island selected Dante as the man she wanted to pursue a romantic relationship with, it is now time for Joyce from East Hampton to find her Mr. Perfect on the social experiment programme.

Joyce, the current president of an organisation that provides home health care, was married to her husband for “20 years” before the couple divorced. The exes are now both involved in raising their kid as joint parents.

Joyce said in her introduction that she has been informed that “guys are intimidated” by her. This was said to her by a previous employer. She attributes such success to her self-assurance as the reason. She also “work long hours,” which is another reason why she did not seek a relationship before to this one. This is why she never sought a relationship before.

Joyce said in the video that she used to introduce herself that she feels the need to “shake things up a little bit” and place more of an emphasis on “life/work balance” since she is “not getting any younger.” Due to the fact that Joyce has been a “complete failure” at finding the “perfect person” by herself, she has made the decision to go the unusual path in order to increase her chances of finding love by inviting five strangers to live into her house.

On the Wednesday, August 3, 2022 at 10 o’clock in the evening, the fourth episode of Five Guys a Week will show on Lifetime.

Who are Joyce’ suitors on Five Guys a Week?

In the forthcoming episode of Five Guys a Week, Joyce will attempt to discover “the one” by spending one week each with five different guys she has never met before. During this one week, the guys will do all in their power to make a good impression on Joyce in the hopes of remaining in the competition until the very end and avoiding elimination.

The following five gentlemen are the ones who will enter her home:

1. Ahrre, who is 62 years old and the proprietor of a coffee roasting firm in Westfield, New Jersey, claims that cats are his spirit animal. He said that he enjoys having his back rubbed and that he has “always felt an affinity to” cats.

2. Bryant – Bryant, who is the owner of three distinct firms based in New Jersey, has a fascinating history, which will undoubtedly take Joyce by surprise. He said in his introduction that he had “gone through an incident” in which he “lost his life” and then “came back.” Bryant believes that the best way to go through life is to treat each day as if it were his last, given the length of time he spent in a coma.

3. Kevon is a 62-year-old man who works in the home improvement sector in the fields of design and sales. For a very long time, Kevon has been searching for the one with whom he would share his life and his heart with. It hasn’t been simple for him despite the fact that he’s been on the dating scene for the last five years. Despite this, he is not disheartened and does not seem to be ready to give up just yet since he is always developing and is always looking for his “next adventure.”

5. Steve, a company owner and educator living in Media, Pennsylvania, has used “every dating app that’s out there.” Even while he did meet a lot of “interesting and enjoyable” women in his age group, he had the impression that none of them were “ideal” for him.

Now, on Five Guys a Week, these guys will spend a week living with Joyce and making an effort to connect with her in order to determine whether or not they are meant to be together.

The viewers will observe Joyce holding a “kissing booth” in order to determine whether or not she has chemistry with any of the men who are interested in her.

In a sneak peek for the programme Five Guys a Week, Joyce and Steve can be seen locking lips before Ron walks in and ruins the moment by knocking on the door and breaking up their passionate embrace. The video concludes with Kevon giving Joyce a passionate kiss before they part ways.

Will Joyce ever find someone to love? Watch Five Guys a Week on Lifetime every Wednesday to take part in Joyce’s story and find out what happens next in her life.