Apna NewzLeading The Youth Towards Future
HomeNewsMeet Lucy & Tom- Is The Radio 2 Personality Dating Anyone?
News

Meet Lucy & Tom- Is The Radio 2 Personality Dating Anyone? 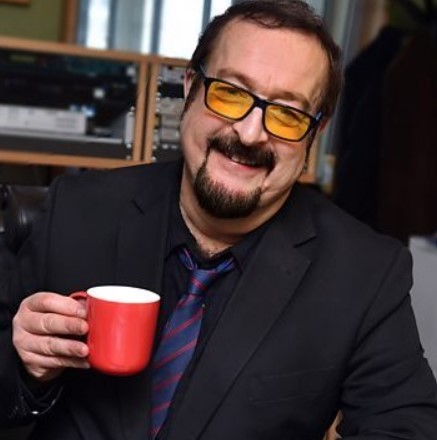 Steve Wright is a well-known radio personality and disc jockey in the United Kingdom. He is also credited with being the one who brought the bizarre, multi-personality zoo format to British radio. The majority of his professional life has been spent working for various radio stations.

Wright presently hosts his weekday mid-afternoon show Steve Wright in the Afternoon and his Sunday Love Songs weekend mid-morning show on BBC Radio 2, the most popular radio station in the UK and one of the BBC’s national stations. Both shows air from midday to three o’clock in the afternoon.

The well-known radio personality started his career with the BBC in the early 1970s as a returns clerk at the Gramophone Library located at Egton House in London, which is located right next to the Programming House. In 1976, he resigned from the company and began working in radio broadcasting alongside Mike Read at Thames Valley Radio Radio 210.

He is the recipient of a number of prizes, including the Smash Hits Best DJ of the Year award and the 1994 Daily Mirror Readers Poll award. In recognition of his work as a radio host, he was given the TRIC Personality of the Year award in 1998. When he joined BBC Radio 1 for the first time in 1980, he was assigned a position for the Saturday evening broadcast; later, he moved to the Saturday morning broadcast.

Together with his first wife, Cyndi Robinson, Steve Wright is the father of two children: a son named Tom and a daughter named Lucy.

Before the couple divorced in 1999, the radio star had been married to Cyndi for a total of 12 years. The divorce between Steve and his wife was finalised in the same year that the initial petition for divorce was submitted.

Following the completion of the divorce proceedings, Cyndi was awarded exclusive custody of the two children. After that, she was responsible for bringing up their two gorgeous children on her own. Cyndi, on the other hand, has a more low-key lifestyle and keeps information about her and Steve’s children private from the general public.

When it comes to Steve’s origins, Greenwich, which is located in South London, is where he was born. He was the oldest son in his family and had the ambition to pursue a career in the entertainment industry from a very young age. In addition to being a tailor, his father, Richard Wright, was the proprietor of Burton’s shop in Trafalgar Square. Wright was a shy child who never really showed his potential academically.

His education was completed at Eastwood High School for Boys, which is located in the town of Southend-on-Sea in the county of Essex.

Who Is Steve Wright Ex-Wife Cyndi Robinson? Does He Have Any Girlfriend Now?

Before that, Steve Wright tied the knot with Cyndi Robinson in 1972, after the couple had been together for a few years.

When the two people first encountered one another in 1969, they did not waste any time falling in love. They share parental responsibilities for two children between them. A once-joyful couple eventually decided to end their marriage and filed for divorce in 1999; the divorce was finalised in the same year, and his wife Cyndi was awarded sole custody of their children as a result of the proceedings.

Since the termination of his marriage, the famous DJ from the radio station has been living on his own, and he neither has nor has had a girlfriend to this day.

Wright was a radio host for BBC Radio 1 and was a member of his Afternoon Posse, which was responsible for several songs that topped the charts in the UK. In a similar manner, he started hosting weekday afternoon broadcasts from Monday through Thursday, with Mark Page and Paul Jordan taking over hosting duties on Fridays for the programme.

When Does Steve Wright Finish On Radio 2?

In September of 2022, Steve Wright is planning to stand away from hosting the afternoon show. Steve Wright made the announcement during a live broadcast of his show, Steve Wright in the Afternoon, adding, “I can’t retain the post forever, so let’s give somebody else a try.”

At the end of September, he plans to step away from his role as a daytime radio host. Both “Steve Wright in the Afternoon” on Radio 2 and “Steve Wright’s Sunday Love Songs” on the network have been under his stewardship since the year 1999.

BBC broadcaster Scott Mills will take over for Steve Wright in the afternoon shift beginning in the fall of 2022. The voice of Mills is one that regular listeners to Radio 2 are accustomed to hearing. The veteran of Radio 1 has frequently filled in for Ken Bruce and Steve Wright on Radio 2, in addition to anchoring specials such as the Neighbours celebration that took place the previous year.

Richard Wright, the famed broadcaster Steve Wright’s father, was a tailor who managed the Burton’s store in Trafalgar Square. Richard Wright was the father of Steve Wright. Wright struggled throughout his academic career due to his reserved nature. Wright, who came from a working-class family and was the older of two sons, spent his childhood in New Cross.

Steve Wright, who is well-known for his work as a radio host, recently wed Cyndi Robinson. When the couple met for the first time, they immediately fell in love with one another and made the decision to get married. The year 1980 marked the occasion of their wedding, during which they exchanged vows. They had been married for a decade before they divorced. The couple’s marriage, nevertheless, does not last for a very long time. In 1999, the journalist submitted a petition to his wife asking for a divorce. Following the completion of the divorce proceedings in that same year, the couple went their own ways.

In an old photo that was shot before the radio presenter and his ex-wife got divorced, the two of them can be seen together. The couple has a great son by the name of Tom Wright, and they also have a daughter by the name of Lucy Wright. Following the conclusion of their divorce, Cyndi was awarded exclusive custody of their two children. After getting a divorce, the couple went their separate ways, and his ex-wife was responsible for raising their two beautiful children by herself.

Steve Wright’s career, what is his profession?

Steve Wright, an English DJ and radio personality, is credited with bringing the wacky and multi-personality zoo format to British radio. Wright is also credited with creating the format. The journalist, who is 67 years old, has hosted a number of programmes for BBC Television, some of which include Top of the Pops, TOTP2, Auntie’s TV Faves, Home Truths, and The Steve Wright People Show. The readers of the Daily Mirror voted him the best DJ of the year in 1994, and he also won the award for “Smash Hit” that year. Because to his work as a radio host, the seasoned host received the TRIC Personality of the Year award in 1998.

The veteran journalist also has his own radio show, which he hosts, and his media career provides him with a comfortable life. RJ, who is known for his inventiveness, asserted that the zoo concept was first his idea. The format lends itself to having peculiar personalities. Steve Wright in the Afternoon and Steve Wright’s Sunday Love Songs are two of his shows that are broadcast on BBC Radio 2. In 2005, the well-known radio personality Steve Wright released his book titled “Steve Wright’s Book of Factoids.” The well-known journalist was the host of Steve Wright in the Afternoon, which aired on the Radio 1 network from 1981 to 1993. His show was immediately followed by the Radio 1 Breakfast Show. In 1996, Steve Wright started working for BBC Radio 2 as a presenter.

What is the net worth of Steve Wright?

According to celebrity net worth, Steve Wright’s anticipated net worth for the year 2022 is six million dollars. According to BBC Pay Star Salaries, the annual wage of the radio broadcaster falls anywhere between $495268.25 and $500048.56. He is one of the BBC journalists that brings in the most money for the organisation.

Which college and school did he attend?

Eastwood High School for Boys, where Steve Wright received his education, is located in the town of Sea in Essex. Steve would occasionally broadcast a radio show that was still in its early stages over the school’s speaker system from the supply closet at the school.