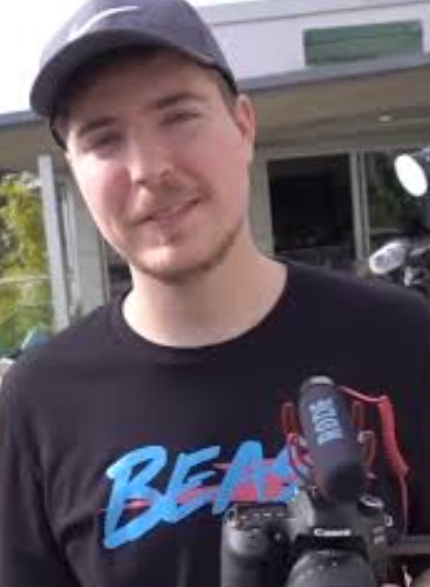 MrBeast has established himself as one of the most well-known content producers in the community and has amassed a sizeable net worth. In addition, in spite of the fact that he suffers from Crohn’s disease — a fact that some people on social media chose to exploit in order to spread a death hoax — his determination to help those who are in need has won the affection of millions of people.

He is a successful American entrepreneur, philanthropist, and YouTube personality. His home country is the United States. He is famous for pioneering a category of videos on YouTube that focuses on performing expensive stunts. MrBeast, the primary channel on which he posts videos, has amassed the fifth-highest number of subscribers on YouTube.

At the beginning of 2012, when Donaldson was 13 years old, he began uploading videos to YouTube under the username “MrBeast6000.” His early work consisted of Let’s Plays and videos in which he attempted to guess the earnings of other YouTubers.

The Beast, if you will, suffers from Crohn’s disease. For those who are not familiar, Crohn’s disease is an inflammatory bowel condition that can lead to a variety of digestive problems; some users of social media use it to spread rumors about people’s deaths.

Mr. Beast is able to alleviate some of the discomfort in his stomach by adhering to a regimented diet, but he is unable to do anything about the weariness he experiences as a result of this. However, Mr. Beast also has to deal with the psychological effects of Crohn’s disease because the condition makes it challenging for him to interact with other people.

As a consequence of this, whenever he and his friends go out to eat, he is required to bring his own food in order to avoid experiencing a severe stomach ache. He is forced to make do with peanut butter and jelly sandwiches made at home while his friends feast on gourmet pizza and chow mein.

Most people who have Crohn’s disease will tell you that managing the condition is not as simple as ensuring that you do not consume anything that causes your stomach to feel uncomfortable. However, this is only part of the equation. Like many other people who have this condition, Mr. Beast needs to take Remicade on a consistent basis; however, in order to do so, he must check into the hospital for a period of four hours every five weeks.

The status of Mr. Beast’s health is currently unknown; what illness does he have?

Recently, a number of users on TikTok were under the impression that the well-known YouTube personality was suffering from a potentially fatal kidney condition. Because of this, a number of his followers started to feel concerned about how well he competed in the most recent $1,000,000 Influencer Tournament. It has been determined that Jimmy does not currently suffer from a kidney condition that poses a risk to his life.

Jimmy has been coping with the symptoms of Crohn’s disease ever since he was in the ninth grade. According to Healthline, Crohn’s disease does not necessarily result in death on its own.

Despite this, it is possible for the condition to result in complications that are life-threatening depending on the severity and location of the condition. It is possible that a person will perish if the problems are not solved or addressed as soon as possible.

There are still new videos being made by Beast, who is still alive

At one point in his life, Mr. Beast truly lived, breathed, and slept new video concept ideas, which had a devastating impact on his physical health. During an interview with YouTubers Colin and Samir, MrBeast discussed his early career in great detail, providing a wealth of information regarding his work schedule.

He questioned both Colin and Samir about the amount of work that a content producer could finish in a year if they worked 12 hours per day. As far as Mr. Beast was concerned, that was a drop in the bucket in comparison to the amount of work that he and his crew had completed, possibly because they all worked for a full twelve hours each day.

Even if you are doing the work because you love it, it sounds like a lot of work to be putting in 12 hours a day, and the majority of people would probably look for ways to speed up the process. It was also done by Mr. Beast. He confessed to Colin and Samir that at one point he had tried to train his mind to be able to generate ideas while he was sleeping.