Apna NewzLeading The Youth Towards Future
HomeNewsOklahoma woman gets life in prison for role in husband pastor David...
News 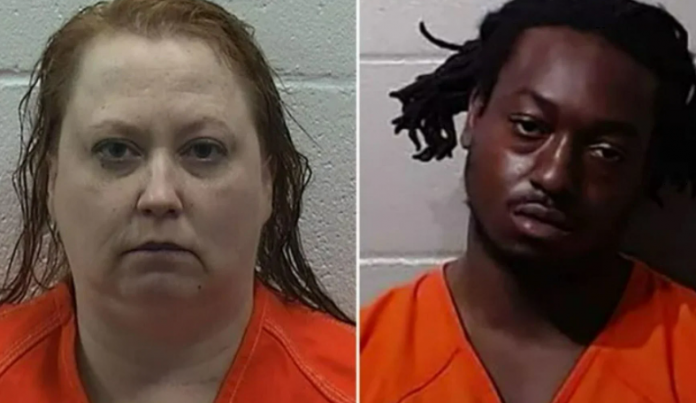 Kristie Evans was found guilty of the first-degree murder of her husband, and Pontotoc County District Judge Steven Kessinger sentenced her to life in prison on Wednesday.

Evans, who is 49 years old, has acknowledged to carrying out the criminal act, which she apparently planned in conjunction with her lover.

When Judge Kessinger was giving his ruling, he accused Kristie of organising the murder and of providing her lover, Kahlil Square, who was 27 years old and from Moore, with a firearm, ammo, and access to her home.

Kristie Evans and Kahlil Square were taken into custody by the authorities not long after pastor David Evans was brutally murdered.

Kristie initially stated that her husband, who was 50 years old, had been murdered by an unknown individual. Later on, though, she confessed to having committed the murder and claimed that the guilt “ate her alive.” According to a story by an affiliate of NBC, KFOR, when Evans turned herself in to the authorities, she indicated that she did so in order to “get right with God.”

Kristie Evans asserts that she murdered her husband after being abused by him for several years.

Kristie maintained in her defence that she killed her husband because he would regularly assault her, and that this was the motivation behind her actions. She went on to say that he was abusive to both her and their children, as well as “controlling” of her. At the time of her trial, she stated:

“I was desperate. I yearned to break free of that constraint. I was unaware of any other option.”

David Evans was a Baptist pastor at the Harmony Church in Ada. He was well-liked and respected by the congregation there. It came out during the course of the trial that he was a swinger. Kristie Evans stated during her testimony that her spouse would put pressure on her to have intimate encounters with various men in the cities of Oklahoma City, Norman, and Moore. She went on to tell that Square was someone who she had met in a similar circumstance back in the year 2021.

Although the prosecutor did not make a strong case in David Evans’ favour as a person, the attempt to eliminate him as a threat was emphasised. The prosecutor also suggested that Kristie Evans had murdered her husband in order to collect on a life insurance policy worth $250,000.

On Wednesday, an Ada woman who was condemned to life in jail for helping her lover murder her husband last year was given her sentence. Kristie Evans, 49, was given a sentence of life in prison with the chance of release on Wednesday. In April, Evans entered a guilty plea to first-degree murder, for which she was charged.

David Evans was killed by a bullet to the head on March 22, 2021, when he was asleep in his own home. Square was arrested and charged with murder in the first degree for the homicide, and he is due to make an appearance in court on August 27.

When asked about the verdict, Kristie’s attorney, Joi Miskel, said that the judge has the ability to alter the sentence if and when he considers it a second time. In reference to Kristie, she stated: