Apna NewzLeading The Youth Towards Future
HomeNewsPeter Kalmus, Who Works at NASA and Studies Climate Change, Was Arrested...
News 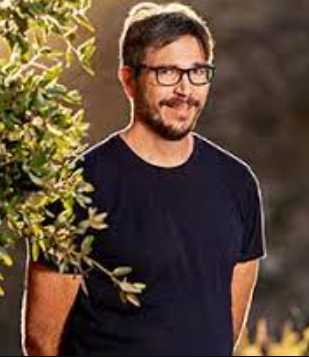 Peter Kalmus, a prominent American environmentalist and scientist, was taken into custody in April of this year in Los Angeles while he was participating in a demonstration against climate change.

Peter is currently employed as a data scientist at NASA’s Jet Propulsion Laboratory in addition to his position as a member of the Joint Institute for Regional Earth System Science & Engineering at UCLA.

In addition to that, he works in the fields of climate science, ecological forecasting, and the communication of science. Being the Change: Live Well and Spark a Climate Revolution is one of many books that he has written on the topic, but it is the one that has garnered the most attention. In addition to the book, he produced a film of the same name to serve as a companion piece.

In addition to this, Kalmus is the co-founder of both the website nflyclimatesci.org and the mobile app Earth Hero: Climate Change, and he has written a number of articles concerning climate change. It should suffice to say that Kalmus is deeply concerned about the state of the environment.

Recent Events Resulted In The Arrest of NASA Scientist Peter Kalmus — Why?

In April, after protesting the financing of fossil fuels by the bank JPMorgan Chase in Los Angeles, Peter chained himself to the building of the bank and was subsequently arrested. He was later released from jail.

Because he had barricaded himself inside a JP Morgan Chase building in downtown Los Angeles on Wednesday, he was among those who were arrested along with his colleagues and supporters.

Were You Aware That Harry Miller Was Arrested?

Peter Kalmus’s Speech Against Fossil Fuels And Climate Change Went Viral On Twitter
His Twitter feed has been flooded with tweets about climate change mitigation efforts ever since the video of Kalmus giving a speech about fossil fuels and climate change went viral. He tweets approximately five times every day, talking about people’s experiences and the challenges they face as a result of climate change.

He is of the opinion that the burning of fossil fuels contributes significantly to the accumulation of carbon in our atmosphere, which in turn has an effect on the climate. As a consequence of this, he is of the opinion that the state of the Earth is deteriorating much more rapidly than the majority of people think it is. The continued burning of fossil fuels to raise the temperature of our planet puts everything that we hold dear in jeopardy, according to the scientific community.

Some Information Regarding Peter Kalmus’s Wife and Children

Peter was born on May 9, 1974, and he has had an ongoing fascination with scientific topics. However, the identities of his parents have not been disclosed at this time. The beginning of Kalmus’ academic career occurred in 1997, when he received his Bachelor of Science degree in physics from Harvard University.

After completing his education, he went on to work as a physics teacher in the high school level in the state of Massachusetts. He also wrote software in New York City to supplement his income. After finishing his undergraduate degree in 2004, he continued his education by enrolling in graduate school at Columbia University. After another four years, he was awarded his doctoral degree in physics.

In later years, he weds Sharon Kunde and becomes the parent of two children. In addition to being an environmental activist, Sharon has been by her husband’s side through every single one of his life’s experiences. In his capacity as a science communicator, Kalmus strives to alter people’s attitudes toward the use of fossil fuels. Under the handle @ClimateHuman, he is currently the climate scientist who has amassed the greatest number of followers on Twitter.