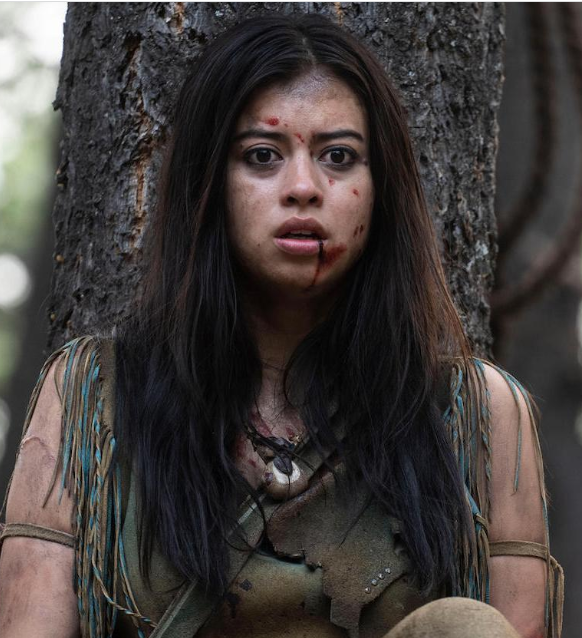 The fifth installment in the Predator movie franchise is titled “Prey.” The story of the film, which takes place in the Northern Great Plains during September 1919 and serves as a prequel to the four films that came before it. In addition to that, it is intended to serve as a fresh start for the entire franchise. There are, as was to be expected, easter eggs that connect the Hulu film with the ones that came before it. One of these easter eggs is the Raphael Adolini 1715 pistol that the French fur trapper identified as Waxed Mustache gives to Naru, who is the protagonist of the film. Everything that you need to know about it is included in this article. SPOILERS AHEAD.

What Importance Does the Raphael Adolini 1715 Pistol Play in the Context?

In the movie ‘Prey,’ a young female Comanche warrior named Naru sets out on an epic journey to track down and kill a formidable prey that is either of the Yautja or Predator species. Throughout the course of the movie, she discovers traps that have been set in various locations on the land, and at some point she meets the people who are responsible for setting them: a group of French fur trappers. After they have her in their possession, Waxed Mustache uses her native tongue to communicate with her and instructs her to assist them in eliminating the creature. However, after seeing her brother being tortured by the other fur trappers, she makes the decision to exact revenge on those individuals instead. Later, when she came to the fur trappers’ camp to rescue her dog, Waxed Mustache gave her his flintlock pistol in exchange for her assistance in treating his injuries. In exchange, he needed her assistance in treating his injuries. Before Naru is able to take him down herself, the Predator takes out all of the fur trappers in the area, including Naru’s brother and Waxed Mustache. The protagonist then returns to her hometown, where she hands the pistol and the severed head of the Predator over to the chief of her clan. At this point, the inscription that reads “Raphael Adolini 1715” is brought to our attention.

At least a couple of times throughout the Predator franchise, this particular handgun has been seen in action. It is a flintlock gun that was made in Spain and was formerly owned by a pirate captain by the name of Raphael Adolini. The inscription reveals that it was produced in the year 1715. In the comic titled “Predator: 1718,” which was first released in July 1996 as part of the first issue of the special anniversary anthology series titled “A Decade of Dark Horse,” published by Dark Horse Comics. The plot follows Adolini as he struggles to maintain control of his ship in the face of mutiny from his crew and discovers an unexpected ally in the form of the Predator that becomes known as Greyback. Together, Adolini and Greyback engage in combat with the disobedient pirates. In the end, Adolini sustains injuries that are fatal. He hands the pistol over to Greyback just before he passes away.

Both Greyback and the pistol make another appearance in the film “Predator 2.” Even though it was published in 1990, the story takes place in 1997. Following Mike Harrigan’s (Danny Glover) successful elimination of the Predator known as City Hunter, Greyback, along with other individuals of its species, makes an appearance and presents the pistol to Harrigan as a token of respect.

The use of the pistol in ‘Prey’ results in several gaps in the story’s continuity. In the year 1718, Adolini handed the pistol over to Greyback. It is illogical for Waxed Mustache to have obtained the pistol from Greyback in the interim period, considering that the events of “Prey” take place only one year later. The Predators as a whole place a high value on physical prowess. It is extremely unlikely that Waxed Mustache, as he is depicted in the movie, would ever be able to achieve anything that would earn him the respect of the Predator race.

In addition, given that the weapon has already been acquired by a human, is it safe to assume that Harrigan will not receive the pistol from Greyback in 1997? It’s possible that in the course of future events in the franchise, Greyback will once again come into possession of the pistol, which would keep the canon intact. There is also the possibility that this will be included in the process of rebooting the show, in which case the guidelines for the conflict that exists between humans and Predators might be rethought. The individual who has been referred to as Waxed Mustache may actually be Adolini himself, or he may be a representation of him.

Share
Facebook
Twitter
Pinterest
WhatsApp
Previous articleBruce Schwoegler’s Whereabouts Remain A Mystery, As A Former WBZ-TV Meteorologist Passes Away, The Topic Of Aging Is Examined
Next articleIs it a True Story? Is It Filmed In A Specific Location? Who Are The Actors?