The “Duck Sauce Killer,” 51, who killed a New York City deliveryman, killed himself at home 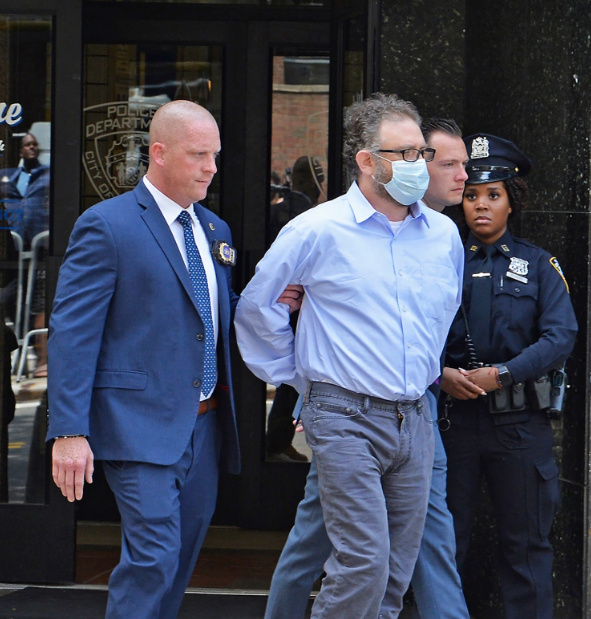 QUEENS, NEW YORK CITY: Following the murder of Zhiwen Yan, a father of three who was 45 years old, Glenn Hirsch earned the nickname “duck sauce killer” for himself. It is alleged that Hirsch shot the restaurant delivery man in the chest while he was on his scooter making deliveries for a Chinese restaurant in Forest Hills. After being charged with the murder of Zhiwen Yan, he was granted bail in the amount of $500,000 and allowed to go free. In connection with the allegations, he was scheduled to appear in court today; however, Hirsch was discovered dead just hours before his Supreme Court hearing today, which took place on Friday, August 5, 2022.

According to the New York Post, Glenn Hirsch’s body was discovered on his couch while he was wearing rubber gloves and holding a gun. His couch was completely covered in plastic, and there was loud music coming from the radio in the background. According to their sources, it appeared as though Hirsch had meticulously planned every aspect of his own death. In addition to discovering the couch covered in plastic and the suspect’s hands covered in rubber gloves, the law enforcement officials also discovered a typewritten suicide note that was several pages long. This information has also been revealed. The note was discovered lying at the feet of the person who is suspected of killing the victim. In addition, he had emailed this note to his attorneys, the prosecutor, and any other parties involved in the case in which he denied killing Yan, writing in the subject line, “This is my dying declaration.”

Who was Glenn Hirsch?

Before entering a not guilty plea for the murder of Yan, Glenn Hirsch, 51, had an extensive criminal history that included nine prior arrests. When the police went to Hirsch’s house in Briarwood, they discovered that the entire refrigerator was stocked with sweets and sour duck sauce, which is how he earned his infamous nickname. His lawyer, Michael Horn, issued a statement to the Daily Mail in which he said, “The officers made a routine visit to Mr. Hirsch’s apartment this morning, where they discovered him dead from what appeared to be a self-inflicted gunshot wound. It appears that the individual took his own life because there was a note left behind in which he claimed that he was innocent and that the process was not treating him fairly. However, it is clear that this is the thought process of an anxious and depressed individual who chose not to seek professional help.”

In a separate statement, Horn told the New York Post, “He left a long note, but essentially, he became overwhelmed by the press coverage and the media attention and the rush to vilification. He didn’t take care of his mental health, which is obviously something he needed to do, and he became depressed and suicidal.” Horn’s comments come after the suicide of a man who had left a lengthy note before taking his own life.

Attorney Jennifer Wu, who represents Yan’s family, gave an interview to CBS News in which she stated, “We have recently learned that the defendant committed suicide. The family of Zhiwen Yan is in disbelief. We ask that you respect our request for privacy and are grateful to the NYPD and the District Attorney for their efforts to find those responsible.” Dorothy Hirsch, Hirsch’s wife, was also arraigned on weapons charges after a police raid of her Briarwood home uncovered eight handguns and ammunition. Hirsch was married to Dorothy Hirsch at the time. Dorothy Hirsch, who is 62 years old, entered a not guilty plea during the arraignment that took place on Monday, August 1, in the Queens Supreme Court.