Their Relationship Timeline and Recent Break Up 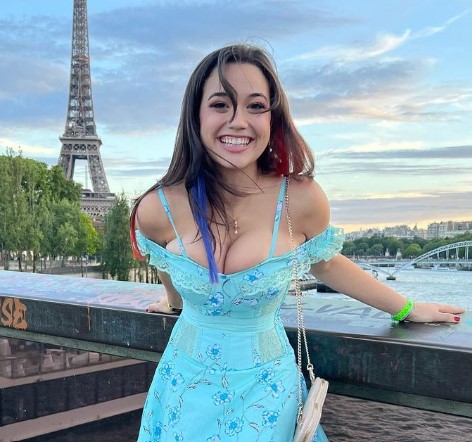 TikTok celebrity Sofia Gomez has made charges of sexual assault against her ex-girlfriend Brooklynne, which has caused a significant uproar in the realm of social media.

Gomez has currently racked up 5.5 million followers on her TikTok account, while Brooklynne has reached 10.9 million. However, influencers want their fans to pick the right idols for themselves and to instantly stop following anyone who violates their standards.

Both Sofia Gomez and Brooklynne had known one other for a considerable amount of time. They would get together with a large group of their other friends, create videos and vlogs for YouTube, and serve as an example of what a healthy friendship should look like.

After some time had passed, rumors began to circulate that the two were dating, despite the fact that this was never officially established. Everyone came to the conclusion that this was the case once it was revealed that both of the TikTok stars were lesbians. Their adoration from their audience kept them on the lookout for official validation. One video that was uploaded by Sofia, however, caused a negative reaction before anything could even take place.

She took to TikTok the day before to state that she had spent one night with Brooklyn and that during that time she pushed Brooklyn to engage in sexual activity when she was the only one who wanted to sleep. The attack was continuous throughout the night, and it brought all they possessed to a grinding halt.

According to Sofia, the experience left her so emotionally drained that she had to muster up the strength to utter what she was saying in the video. Additionally, the influential person expressed that she did not wish for anyone else to suffer any harm.

People are showing their support for her and expressing their hope that she will recover in the comment area. Even back when everybody admired Brooklynne, many internet users have made it clear that they do not like her and have done so from the very beginning. Because Sofia is receiving all of the attention, some people believe that the entire thing is suspicious.

In the midst of all of this, Brooklynne has not yet made any sort of remark. Even though her TikTok comments area is full, people are looking for her to respond to their questions. Her most recent activity on the internet occurred three days ago, and ever since then, she has been extremely quiet.

Did Sofia And Brooklynne Break Up?

It is true that Sofia and Brooklynne are no longer together. In her video, Sofia revealed this information to her audience. She claims that she did not want to talk about it due to the manner in which it concluded since she did not want anyone else to be harmed.

The fans were already confused about their dating news before this, and now has added another layer of complexity to the situation. Despite this, it has been made public knowledge that the girls are no longer dating and have parted ways as a result of an allegation of sexual assault that was made by Sofia.

Twitter has shared its thoughts in response to this. One of them sends out a tweet, “In the event that any of you already follow her, I kindly ask that you unfollow her right away. You may find out the reason by watching the most recent video that Sofia Gomez has posted on TikTok.”

Another person tweets something similar, saying, “so xobrooklynne (Brooklynne Webb) from TikTok has been accused of sexual assault by her ex-girlfriend Sofia Gomez.”

In the midst of everything that was going on, another web personality named Hailey Alyssa created a video in support of Sofia. She requests that everyone stop following Brooklynne and expresses her hope that Sofia is doing well. She goes on to say that she has been in situations similar like that before, and that she is very familiar with how it feels. Her direct messages (DMs) on Instagram, Twitter, and Snapchat are constantly available to sexual assault victims located anywhere in the world.

American model and social media influencer Sofia Gomez is particularly well-known for the content that she creates for the platforms TikTok and Instagram. In addition to that, she is well-known for her lip syncs that she posts on TikTok. Sofia was in her native state of Florida, in the United States, when she was born on June 30th, 2002. Her ancestors are of the White ethnicity, and she herself is White.

The high school graduate and college student came from a family that was in the middle class, but after making her debut appearance on TikTok, she moved from being an unprofessional celebrity to becoming an all-time burgeoning superstar. The celebrity’s career struck rock bottom when she went on to amass millions of followers on Instagram, which was the beginning of the end for her. In addition, she has accumulated more than 5 million admirers on TikTok and over 97 million hearts on the platform.

You will learn everything there is to know about 0 in this article, including her biography, wiki, early life, parents, siblings, family, career, awards, income source, net worth, lifestyle, height, weight, body measurements, boyfriends/girlfriends, spouse, social media, and other facts and information.

The identity of Sofia Gomez’s parents, who are American, have never been made known to the general public. She was born in the United States. Nobody knows for sure if she has any more relatives. Regarding her ancestry, not much is known to the public. No information is available regarding the high school that she attended. As she is now focused on advancing her job, she does not intend to enroll in college. She made the impassioned decision to pursue a profession in the entertainment sector, namely in social media, after being enormously motivated to do so by her childhood heroes.

In 2018, Sofia made her debut on the music video platform TikTok.

Since 2019, she has also been active as an influencer on the social media platform Instagram, where she identifies herself as a “Voice actress/content creator.”

She is one of the TikTok stars who has the most followers in the state of Florida.

As a result of the photoshoots she has done for a variety of brands, she has amassed millions of followers on Instagram all around the world, establishing her as a leading social media celebrity.

She is also known for the short-form lip-sync content that she has created. Her lip-sync video set to Halsey’s “Walls Could Talk” is the one that has received the most views on TikTok.

Her notable work includes a cover of Billie Eilish’s “Bad Guy,” which is one of her oldest archived TikTok videos. She is also known for providing shoutouts to her top gifters at the top of her TikTok account, which is another thing that makes her account stand out.

She still maintains her career as a model for social media at this time.

The next author to read is Katie Sigmond. Information Regarding One’s Age, Wealth, Height, Weight, Boyfriend, Family, and Other Aspects

In accordance with the information that we have, Sofia Gomez is currently 20 years old. Cancer is the name of her astrological sign.

Her present weight is 58 kilograms, which is equivalent to 128 pounds, and her height is roughly 5 feet and 6 inches, which is equal to 168 centimeters. She has a body that is quite lean. She is more lovely and desirable for modeling and brand endorsement purposes due to the fact that she has dark brown hair and hazel eyes. Regarding the sizes of her shoes and dresses, her shoe size is a 6 (US), and her dress size is a 4. (US).

Because of the intensity of her exercise routines, Sofia adheres to an extremely strict vegetarian diet.

Sofia Gomez most likely has amassed millions of dollars in earnings since she began working in the entertainment sector. In point of fact, the knowledge that she has already made major appearances on big-screen platforms such as TikTok, Instagram, and high-end magazines in only a few short years is unexpected. According to Forbes, Sofia Gomez’s staggering net worth is estimated to be $2.2 million, thanks in large part to the constant income she earns from social media.

The well-liked musician, who is also known for being one of the most important individuals in the world at the moment, has established her career quite successfully. In particular, she has been particularly active on TikTok and Instagram, which are both of her social media platforms.

Sofia has made it clear that she does not want the public to know anything about her private life. If she ever dated anyone, her fans might be startled to learn about it. And even if she did, she never disclosed this information to her legion of devoted followers. On the other hand, there are signs that she is prepared to be in a relationship, and it seems likely that she will begin dating someone in the near future.