Apna NewzLeading The Youth Towards Future
HomeNewsWhat did Amy Lee Black do? Juvenile sentenced to life in prison...
News

What did Amy Lee Black do? Juvenile sentenced to life in prison for killing Muskegon County man to be granted parole 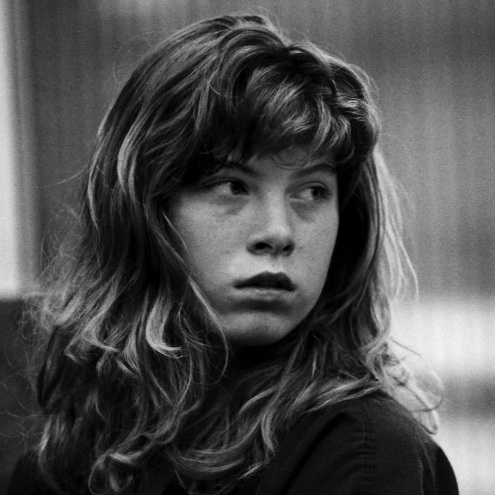 Amy Lee Black, a resident of Western Michigan who was given a sentence of life in prison when she was just 16 years old, will be released from imprisonment on parole after serving 32 years behind bars, according to an announcement made by a correctional spokeswoman on Monday, August 8.

Amy Lee Black, 47, who was found guilty of murdering a man named Dave VanBogelen in Muskegon County in 1990, is scheduled to be released from the Women’s Huron Valley Correctional Facility in the first week of September, according to Chris Gautz of the Michigan Department of Corrections. Black was convicted of the murder of VanBogelen in 1990.

“She was a juvenile lifer, and her offence occurred in 1990, which means that it predates the state’s Truth in Sentencing law. As a result, she would have been entitled for disciplinary credit or a good time had the law been in effect at the time of her crime. She was given a new sentence in August of the previous year, and as a result of her time served in good behaviour, she was instantly eligible for parole.

According to the reports, in 2012 the United States Supreme Court decided that life sentences for minors constituted cruel and unusual punishment. This resulted in a decrease in her sentence because it was less severe. Her punishment was between 35 and 60 years in prison, and it was handed down in August of 2021.

“Between August of last year and the present, she had her parole request denied once and deferred twice until it was finally granted.”

During her initial sentencing, Amy Lee Black reportedly expressed remorse for what she had done.

On December 7, 1990, Black and her 50-year-old partner Jeffrey Abrahamson were found guilty of first-degree murder and armed robbery in connection with the killing of VanBogelen. The charges stemmed from the death of VanBogelen.

VanBogelen was brutally assaulted, stabbed multiple times, and then dumped on a remote road in Fruitport Township. According to the records filed in the case, Black and Abrahamson were also responsible for stealing $1,500 from the victim. Both were sentenced to life in prison without the chance of parole for their crimes.

According to the documents filed in the case, the judge ordered Amy Lee Black to pay restitution in the amount of $1.87 million to either the victim or the victim’s estate. The determination on restitution was made by Circuit Judge William C. Marietti of Muskegon County on July 29, 2022, during an administrative hearing.

The news that Amy Lee Black would soon be released from prison was broken to the VanBogelen family for the first time at the court session that took place via video conference on July 29.

According to several sources, the victim’s wife, Barb VanBogelen, said that her family has not been informed about the release of Black by any agency as of yet.

“She was sitting there with a smug smile and blurting it out in court, which is how we found out about it. I cannot believe how broken the entire legal system is. It has been a disgraceful failure for my family. She is a cold-blooded killer, and she does not deserve to be free.

A few members of VanBogelen’s family were present in the courtroom, but they fled shortly after the judge read the new sentence. Several individuals were seen turning their backs or covering their ears as Black was speaking.