Apna NewzLeading The Youth Towards Future
HomeNewsWhat Does Tiktok's "My Little Pony Jar" Mean? We Looked At A...
News

What Does Tiktok’s “My Little Pony Jar” Mean? We Looked At A Viral Meme And A Trend 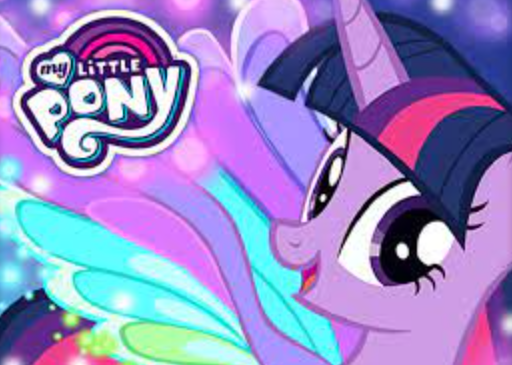 Find out what the meaning of this new Tiktok trend is with the My Little Pony Jar.

Tiktok users are constantly searching for fresh developments and interesting challenges to tackle on the platform. It should come as no surprise that the new insane Tiktok trend known as My Little Pony Jar has quickly become a worldwide phenomenon. This internet challenge is racking up millions of views, and it is on the FYP of every person.

This new trend has already been tried out by thousands of Tiktokers, who have seen an increase in the number of visitors to their pages as a result. Despite this, viewers are having a difficult time deciphering what the actual meaning of My Little Pony Jar is supposed to be.

Don’t get anxious quite yet. On this iteration of TikTok, we are about to investigate what the My Little Pony Jar means.

What Does It Mean When Someone Says “My Little Pony Jar” On TikTok?

The trend of “My Little Pony Jars” is currently all over FYP on Tiktok, which has caused people to become perplexed and has prompted questions. The viewers are concerned about whether or not there is any genuine meaning that can be gleaned from it. Viewers have posed a number of questions regarding this experiment, and they are eager to learn the answer in order to eventually take part in the challenge that is being offered.

Already, more than one million people have used this hashtag. While others are participating in the challenge, some Tiktokers are discussing how the video shocked them and giving their reactions.

What Exactly Is Included in the My Little Pony Jar?

People are getting on board with the trend by creating their own versions of the “small pony jar.” Tiktokers are using a small jar that has a small pony toy placed in the middle of it, and then they are adding glue or glitter to complete the challenge. The goal of the challenge is to try out the trend and make something that could be considered decorative.

After one of the trend’s creators, @bestsellar, used a brown liquid on a small pony jar, the trend began to spread and eventually become widespread. The video has elicited responses of shock and bewilderment from a significant number of users on TikTok. On the other hand, the My Little Pony Jar on Tiktok does not have any significant meaning behind it. Tiktokers are constantly on the lookout for new and emerging trends because the platform’s primary focus is on this kind of content.

Pony Jar is a term that, according to Urban Dictionary’s definition, refers to a meme that became extremely popular on Tumblr in the year 2014. On Tumblr, an anonymous user named “Jar Project” was in the process of undertaking a “Jar Project” in which he would collect his sem on a glass jar that featured a rainbow dash pony toy in the center.

Back in the day, a considerable number of users on the platform were interested in his project because he would periodically provide them with updates on his “Pony Jar.” He had even documented his purported “Science Experiment” by taking pictures at random intervals throughout the process.

People in today’s world are degrading the culture of the internet by using it as a meme. People typically use the phrase “Let’s do a Pony Jar bet” when using it in the context of a meme.

Share
Facebook
Twitter
Pinterest
WhatsApp
Previous articleWho Is Maria Pletz, Nico Schulz’s Ex-Girlfriend? Domestic Violence Allegations In The Recent Past Make Fans Wonder About The Partner
Next articleWhere Is Stanley Jensen Now? On The Marc Bruss Murder, Is The Accused Guilty Or Innocent?