Apna NewzLeading The Youth Towards Future
HomeNewsWhat happened between Kim and Pete? After 9 Months Of Dating, The...
News

What happened between Kim and Pete? After 9 Months Of Dating, The Couple Decides To Break Up 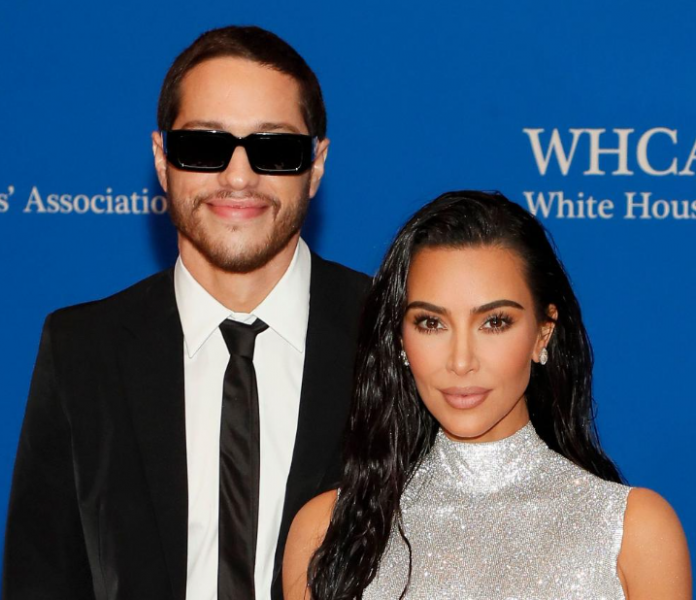 It has been reported that Kim Kardashian and Pete Davidson have ended their relationship after dating for nine months. E! News has been informed by sources who are close to the couple that they have made the decision to continue their relationship as friends while moving on with their individual lives.

According to sources close to the situation, the couple decided to end their relationship because “their demanding schedules” and “their long distance dynamic” made it “really difficult to maintain a relationship.” However, the sources emphasized that despite the breakup, the two individuals still have “a lot of love and respect for each other.”

It has been reported that Davidson is currently in Australia filming scenes for his upcoming movie Wizards! while Kardashian is concentrating on taking care of her four children as her primary priority. The publication was informed by a second source that the reality star’s divorce from her husband Kanye West is also “moving ahead” and that the exes are “happy to co-parent.”

Analyzing the relationship between Pete Davidson and Kim Kardashian, as well as their breakup

After appearing as Aladdin and Jasmine in a sketch on Saturday Night Live in October of last year, Kim Kardashian and Pete Davidson caused a commotion in the entertainment industry. Soon after, the pair became the subject of dating rumors, which were later confirmed by a source who gave the following statement to E! News:

Pete has communicated to her that he does not wish to be involved with anyone else. She has let it be known to certain individuals that the relationship isn’t overly serious; however, she is not seeing anyone else at this time… She is trying her best not to make a big deal out of it, but she is extremely interested in him.

After the pair were photographed together at Knott’s Scary Farm in California with Kourtney and her then-fiance Travis Barker, the highly publicized romance was officially considered to have begun at that point. The vacation took place in November of 2021 and included a trip to Davidson’s hometown of Staten Island.

The couple displayed a lot of public display of affection as they continued to be seen together in public over the following few months. They even attended high-profile events together like the White House Correspondents Dinner and the Met Gala together.

The former host of Saturday Night Live also began developing a close relationship with Kardashian’s children, leading him to ultimately get a tattoo that read “My girl is a lawyer” in tribute to the SKIMS founder. In the midst of their whirlwind romance, Pete Davidson became embroiled in a feud with Kim Kardashian’s ex-husband Kanye West on social media. West, who had previously been married to Kim Kardashian, continued to make fun of Davidson for a number of months.

“Even though it was just a stage kiss, it still had a little zing to it. It was nothing at all like the experience of being in a super crazy state. After some time had passed, I found myself thinking, “Hmm, there is some BDE action.”
The former star of “Keeping Up with the Kardashians” also recalled that Davidson was the only person who did not attend her SNL after-party before she decided to contact the host:

“I reflected on it at a later time. When he didn’t show up, my first thought was, “Damn, he’s the only person who didn’t come.”
Additionally, Davidson appeared in a brief scene of the show The Kardashians that airs on Hulu. It is anticipated that Davidson will appear in an episode of the show’s upcoming second season. A source told E! News that Davidson had recently traveled to Australia to film for his movie, and that the couple were still working on making their relationship work:

“Even though they are physically separated, they are in constant contact with one another. Kim adores the fact that he is always able to make her laugh, and the fact that they are able to spend time together brightens her day.

During an appearance on Hart to Hart from the previous month, Davidson discussed his hopes for the future, including the possibility of starting a family and settling down:

Share
Facebook
Twitter
Pinterest
WhatsApp
Previous articleWhat Does He Do? Age and Net Worth of Cherie Gil and Leo Martinez’s Son
Next articleAlbert Woodfox, Who Was he? Angola Three Inmates Who Had Been Held In Solitary Confinement For 43 Years Have Died At The Age Of 75