Apna NewzLeading The Youth Towards Future
HomeNewsWhat Happened To Edgar Hansen, Is He Still On The Northwestern? Here's...
News

What Happened To Edgar Hansen, Is He Still On The Northwestern? Here’s What We Know 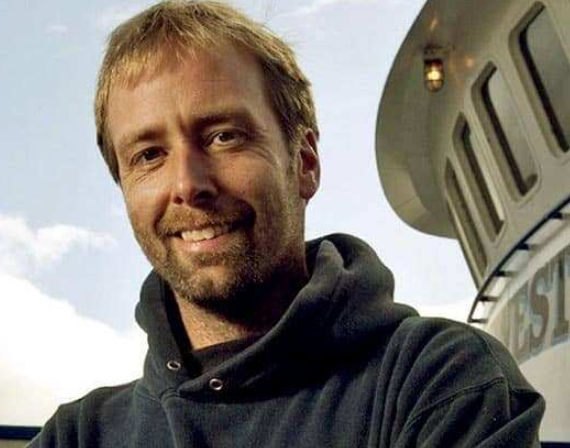 Edgar Hansen became a well-known figure after appearing on the show “The Deadliest Catch.” He was a relief captain before becoming the desk boss aboard the F/V Northwestern, where he served in that capacity.

His first job at Northwestern was in the kitchen, but he moved up through the ranks so swiftly that he is now on the deck. In later years, he was successful in establishing himself aboard the ship and eventually rose through the ranks to become the ship’s chief engineer and deck master.

In addition to having a physical resemblance to his older brother Sig Hasen, he also had an air about him that was less tense, which endearingly won over the audience.

In addition to having a pleasant personality, he was an accomplished fisherman. This is most likely the quality that is considered to be the most vital for anyone who holds a higher position on a fishing boat.

It didn’t take him long to earn the admiration and respect of “Deadliest Catch” viewers thanks to the important part he played in the show and the fact that he was a respected member of the “Deadliest Catch” family.

Is Edgar Hansen still on the Northwestern after all these years?

After the allegations of harassment surfaced, the fisherman Edgar Hansen was promptly removed from his position as a prominent cast member on “Deadliest Catch.”

According to the information provided by DISTRACTIFY, Edgar has not totally given up on either his family or the F/V Northwestern. Even though the fisherman is not officially participating in the show, some viewers have reported seeing him working in the background during the broadcast.

In 2018, his niece Mandy posted a video to Instagram in which they participated in the kick-off tradition of biting the head off of a fish. In the video, the entire crew can be seen engaging in the tradition.

And Edgar was also seen in the video; in fact, one supporter specifically asked about him: “So, Edgar is currently on the boat. However, he did not appear in the pilot episode.”

Some fans of “Deadliest Catch” claim to have seen the previous skipper of the storied boat making an appearance in recent episodes and offering a hand aboard the vessel when it was required.

Edgar Hansen had a lot of promise when he initially started appearing on “Deadliest Catch,” but ultimately, poor decision-making derailed his prospects of reaching his full ability and preventing him from attaining his entire potential.

What Does Edgar Hansen Do Now That We Are in the Year 2022?

Edgar Hansen makes the decision to withdraw from public view as a result of the legal issues. He was accused of committing sexually motivated assault in the fourth degree.

It is going to be quite difficult to learn anything about Edgar in 2022 due to the fact that he does not utilise any form of social media.

In the comments area of his niece Mandy’s Instagram photos, Edgar’s fans are asking questions about his return to the show and his current predicament.

On the other side, Sig is unconcerned about Edgar’s return to Deadliest Catch despite the fact that he has no problem with his daughter taking over the family business and running it.

On the show Deadly Catch, what ended up happening to Edgar Hansen?

Edgar Hansen came out in July of 2018 and admitted to sexually assaulting a girl who was 16 years old. According to the records filed with the court, he entered a plea of guilty in exchange for a sentence of 364 days of incarceration, although he will receive credit for the time he has already spent behind bars.

According to GIZMO STORY, the reality fisherman was ordered to pay a total of $1,653 in court-ordered fines and fees. In addition to that, it was requested that he undergo a sexual deviancy evaluation.

At that time, he swiftly apologised for his behaviour and said that he had begun therapy in order to assure that nothing even remotely comparable to the situation would ever happen again.

According to a petition filed with the Snohomish County District Court, an unidentified victim disclosed to her therapist that Hansen had sexually touched her on September 30 in an apartment located in Mountlake Terrace, Washington.

Hansen has acknowledged, in a declaration that the judge forced him to submit, that he inappropriately kissed and touched the victim.