What Happened To Journalist Liz Dueweke? Q13 FOX News Anchor Fired, Where Is She Now? 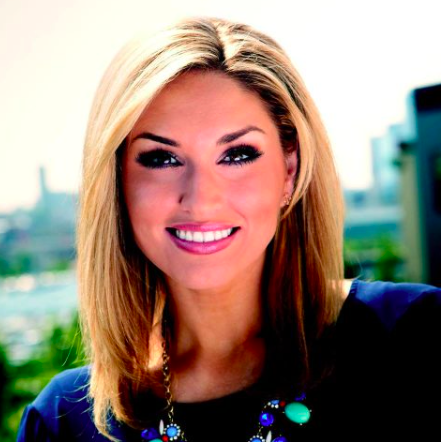 Liz Dueweke is a well-known anchor and reporter for the show Good Day Seattle on Fox 13, which covers weekly headlines about the politics, weather, traffic, entertainment, and sports in the state of Washington. Since 2014, she has been working for Fox 13 in the morning news division as an anchor.

After working for Fox 13 for close to a decade, there are rumors that Liz will be leaving the media organization. However, that is nothing more than a fabrication. She has not indicated any plans to leave Fox 13 and does not appear to have any plans to do so in the near future.

What Happened To Liz Dueweke?

The picture that Liz posted on her Instagram account that looked like it was taken on vacation sparked the rumor that she was going to leave Fox 13, and some of her followers questioned whether or not she would be leaving Fox. Rest assured that she did not quit the job she’s held for the past ten years or get fired from it.

During the previous year, when she was absent from her morning reporting slot at Fox 13, the same rumor began to circulate. Wolfie, her beloved pet dog, had passed away, which was the reason for her leave; however, some people managed to manipulate her absence into her leaving her position at Fox 13.

On the 10th of June 2021, Liz made the announcement regarding the matter on her Instagram, stating that her dog had passed away.

Liz has not disclosed any information regarding the rumor, which is not even spreading at a breakneck speed. The buzz was fueled in part by Liz’s comment section, which contains a few hazy assumptions. Despite this, Liz is not leaving Fox 13 and has not been terminated from her position there. If this were the case, then reputable sources would certainly report on it.

Where Is Liz Dueweke Going?

Due to the fact that the reporter has not parted ways with Fox 13, she is still employed by the media company. There will be no departure for Liz. If you were to ask me, however, where Liz went for her vacation, I would tell you that her most recent post on Instagram shows that she went for a brief trip to the coast and enjoyed cycling while she was there.

At Fox 13, Liz is responsible for carrying out the duties of an experienced newsroom manager. She is in charge of supervising a team of writers and producers who are responsible for creating a daily 5-hour morning news product, all while coordinating and preparing on extremely tight deadlines. She is the primary TV news anchor at Fox 13, as well as the host of a regional news program that not only consistently draws in the station’s target demographic but also generates annual revenue for the station.

Liz’s responsibilities at Fox 13 include presenting live television, engaging in storytelling and script evolution, communicating during crises related to breaking news, writing and editing with seconds to air, and more. In addition, she is responsible for a variety of other tasks. She has a wealth of knowledge in areas such as personal growth, animal welfare, consumer and financial information, and mental health; as a result, she is frequently in a position to identify content campaigns and opportunities for the brand to expand the audience.

In addition to her role as a news anchor for Fox 13, she is actively involved in the process of cultivating close ties with decision-makers and civic leaders.

Liz’s Experience As A News Reporter

In 2007, Liz began her career in television in Yuma, where she worked for Sunbelt Communications’ KYMA station as an anchor, reporter, web editor, producer, and weather presenter. Then, between the years 2008 and 2009, she was employed by WJRT, Inc. as both a weekend anchor and a dayside reporter. In 2010, Liz began her career in broadcasting with Sinclair Broadcast Group at KOKH – FOX25 in Oklahoma City, where she worked as a morning anchor, reporter, and content creator for social media.