Apna NewzLeading The Youth Towards Future
HomeNewsWhat happened to Lil Tecca? Did he get shot? Here's what we...
News

What happened to Lil Tecca? Did he get shot? Here’s what we know. 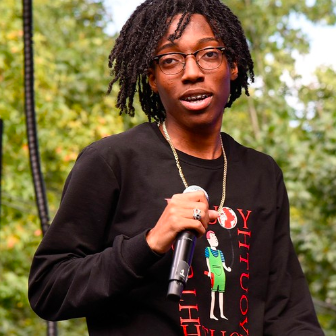 Since reports of Lil Tecca’s death began to surface on social media on August 1, 2022, his devoted followers have been living in constant fear ever since. Although there has been no proof on the identity of the alleged news source, the origin of the rumors has been traced back to a bogus news item that said he had passed away.

However, it has been established that the rap artist is still alive, and he is presently making preparations for his subsequent tour in Europe, which is slated to begin in October 2022. He has also been quite active on social media, and only a few days after the story began circulating, he released a video on his channel. “ready on y’all go just say the word,” read the caption that accompanied the video.

What was the online death hoax about Lil Tecca? Rumors explained

On August 2, 2022, many social media postings carried a news item with the header, “Rapper Lil Tecca was shot dead.” The source that first propagated the rumor of Tecca’s death is unknown at this time; nevertheless, it is unknown when the claim was originally shared.

Several news organizations have also tracked the origin of the rumor to a website known as Trend News. On that page, they found an article that was quite similar to the one being spread, but it had the following disclaimer:

This webpage is an example of satire. Don’t take it as seriously as you should. It’s a joke.”

According to the account provided by the news source, Tecca was wounded at his residence and ultimately succumbed to three bullet wounds. In addition, it said that eyewitnesses described the gunman as being tall, driving a black Tesla, and dressed in a black hoodie with black Sketchers.

In 2019, Tecca was the victim of an event that was quite similar to this one, and it was assumed that he had been shot to death. He was allegedly shot at JFK Airport while waiting at the gate to board a trip to Toronto, according to a story that was said to be from the news. After further investigation, it was discovered that there had been no instances involving shots fired at JFK Airport since August of 2016.

Who is Lil Tecca? Everything known about him

Tyler-Justin Anthony Shape was born on August 26, 2002, and he spent his childhood years in the Springfield Gardens district of Queens before moving to the Cedarhurst community on Long Island.

At the age of nine, he and his buddies would perform rap songs through the microphone of their Xbox. They produced diss recordings, one of which was released to SoundCloud quite some time ago but the music has since been removed off the platform. When he was 12, he acquired an interest in music, despite the fact that he had previously dreamed of being a famous NBA player.

In 2017, he released his first track, titled Tectri. This was followed by the release of two additional songs, titled Calin and Ransom. The latter song proved popular on streaming services like Spotify and YouTube, and it peaked at number four on the Billboard Hot 100 chart.

Additionally, the teenager (19 years old) is a co-owner of Galactic Records. The music label has collaborated with musicians such as Tana, Tokin, and WAV in the past.