What Happened To Moses Kuria’s Arrest? Recent Events Cast A New Light On The Politician’s Persona 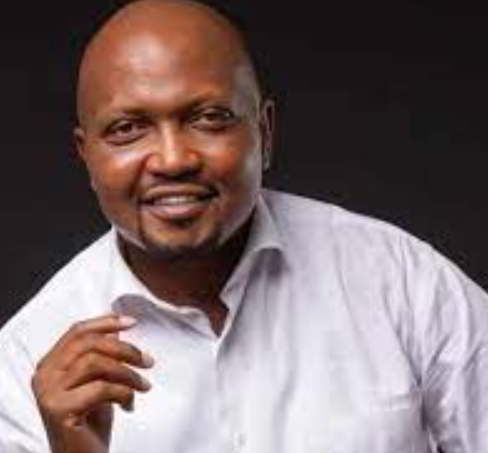 Gatundu Moses Kuria, a member of parliament for Kenya’s south constituency, is once more drawing attention to himself after making allegations that the opposition party he supports was trying to rig the election.

The candidate’s credibility was damaged when the Directorate of Criminal Investigations summoned him for spreading false allegations in response to the recent allegations that were made by the politician, which brought to light his previous arrest in the year 2020.

Let us get more information about the Kenyan politician, including the specifics of his arrest, his claims and allegations regarding ballot fraud, and his running mate.

What led to the arrest of Moses Kuria, and why did it occur?

Moses Kuria’s political career has been marred by a great deal of controversy, from the time he was arrested for assaulting a woman in the year 2020 to his current claims of voter fraud, which even include the President as a participant in an alleged conspiracy.

In the year 2020, Moses was taken into custody for allegedly assaulting a woman named Joyce Wanja at the Royal Media Services Studio. According to the allegations, Moses kicked and punched the victim.

Reports indicate that Joyce was an activist who worked as a media commentator and that she wished for the MP to retract the allegations and statements that he had previously made against women in one of his speeches.

Moses demeaned women by speaking about them in a derogatory manner and accusing them of wearing dirty underwear. In response to the commentator’s request that he retract his statements about women, he instead attacked the commentator.

“Whatever he said about women was demeaning, and he made remarks in the presence of children,” the victim can be heard saying in a video. “That is why I told him to rethink and retract them, but instead he attacked me,” she adds.

As a result of his actions, the Member of Parliament for Gatundu South was arrested on multiple counts of assault, and four witnesses who were present at the Studio testified against the MP in the case of assault.

Claims Made On The Ballot By The Candidate For Governor Elections

Moses Kuria, a member of parliament for Gatundu South, ran for governor of Kiambu but is now alleging that there was ballot fraud during the election.

As a result of the politician’s use of shady tactics to polarize voters in Kenya ahead of elections, he has taken a significant amount of criticism from both the general public and his fellow politicians. Instead of going to the authorities, Moses claimed his identity on Facebook by writing,

“Top alert! Within the next twenty minutes, forty trucks carrying ballot papers that have been marked will leave State Lodge Nakuru and head to various locations. Please put a stop to it, media and the general public. There are GK registration numbers on the majority of them.”

The Directorate of Criminal Investigations paid attention to the claim because it caught their attention. They gave the politician a summons to further investigate the claim, and they asked him to report to the police station that was closest to him in order to record a statement.

Female Candidate for the Position of Running Mate for Moses Kuria

Faith Mwaura is the name of Moses Kuria’s female running mate in the gubernatorial race for Kiambu County, despite the fact that he has a history of controversy and looks down on women. Due to the fact that Faith earned both her bachelor’s and master’s degrees in Real Estate from Scotland, she is an excellent choice to serve as the candidate’s running mate.

Moses disclosed that his running mate would play an important role in the long run for his leadership, particularly given that he intends to concentrate on the real estate industry while he is in office as governor.

Mwaura denied all of the allegations, and he remained by Moses’ side throughout the election campaigns. There were rumors that his running mate would be switching their support from Kuria to another candidate.