Apna NewzLeading The Youth Towards Future
HomeNewsWhat is Marshawn Lynch's net worth? Ex-NFL star arrested for DUI in...
News

What is Marshawn Lynch’s net worth? Ex-NFL star arrested for DUI in Las Vegas 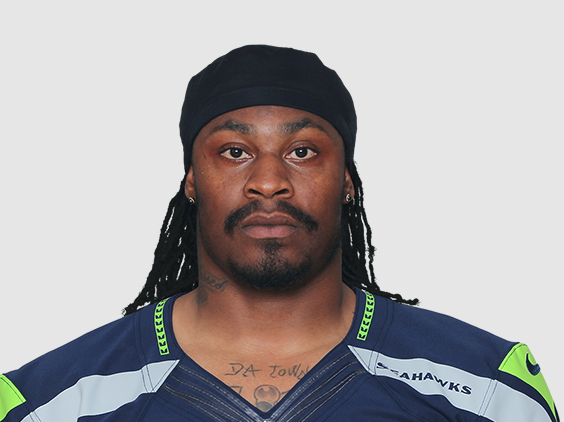 Marshawn Lynch, 36, a former running back for the National Football League, was taken into custody on Tuesday, August 9, in Las Vegas, Nevada, on suspicion of driving under the influence of alcohol or drugs.

Marshawn Lynch, a running back who previously played for the Seattle Seahawks and is popularly known by his nickname “Beastmode,” was pulled over by the police in Las Vegas for poor driving. Throughout his career, Lynch has been selected for participation in five different Pro Bowls.

Near Wyoming and Las Vegas, the LVMPD performed a vehicle stop on a driver who was later identified as Marshawn Lynch for suspected driver impairment. The stop took place at the intersection of Fairfield Avenue and West Utah Avenue. Before the traffic stop, he was observed driving on the shoulder of the road and striking the curbs. The police had a strong suspicion that Lynch was driving under the influence after conversing with him. Lynch was taken into custody and booked at the Las Vegas City Jail after allegedly committing the offence of driving under the influence, as stated by the Las Vegas police. Lynch refused to blow into a breathalyser, but he did allow his blood to be extracted for analysis.

What is the current value of Marshawn Lynch’s career?

Marshawn Lynch is estimated to have a net worth of roughly $35 million, as stated by Celebrity Net Worth. The running back’s net worth has increased as a result of his investments in several enterprises and endorsement deals with various brands. Running back Marshawn Lynch was selected by the Buffalo Bills in the first round of the 2007 NFL Draft. Lynch later signed with the Seattle Seahawks, where he won the Super Bowl that to date is his sole championship. The epithet “Beast Mode” was given to him due to the fact that he ran the ball in a particularly forceful manner and was able to repeatedly avoid being tackled. Marshawn Lynch is also having success away from the field in his business endeavours, and despite the fact that he is just 36 years old, he already owns many brands in addition to endorsing many others. As well as being a ‘budding’ entrepreneur in the cannabis market as the brand owner of Dodi Blunts, he is a minority owner of the National Hockey League team the Seattle Krakens. Waialua, Hawaii is the location of Marshawn Lynch’s home, which is a mansion with a total area of 2,831 square feet, five bedrooms, and three bathrooms that costs 1.1 million dollars. Lynch possesses a significant collection, which includes a 1986 Honda Civic, a V12 Lamborghini Aventador Roadster, and a Toyota Prius, the latter of which he sometimes uses as an Uber. Lynch also owns a number of other vehicles. Marshawn Lynch has an annual income that ranges somewhere between $5 and $7 million, which is comprised of his profits from endorsements as well as those from his business.

According to the terms of his one-year contract with the Seattle Seahawks, Lynch’s most recent pay was an average of $1,030,000 each year, which he earned. According to reports, he has not spent any of the money he earned in salaries as a professional footballer, which amounts to a staggering $56.8 million, and claims that the money he earns from endorsement deals is sufficient to support him. This stands in stark contrast to the practises of other players in the league. Lynch, who had previously announced his retirement after the 2015 season, came out of retirement in 2017 to play for the Oakland Raiders, his hometown team, after the Seahawks decided to trade him to them. Lynch had previously held the record for the most rushing touchdowns scored in the NFL on two separate occasions. Throughout his career, Marshawn Lynch has been selected for participation in the Pro Bowl on five separate occasions. In October of 2021, he became the very first National Football League Players Association (NFLPA) brand chief ambassador, so writing his name into the annals of history. His most recent deal, which he signed with the Seattle Seahawks, was a one-year deal worth $1.03 million in 2019, and it was signed in 2018.

Marshawn Lynch has amassed a great deal of notoriety due to the fact that he is known by the signature nickname “Beastmode.” He has parlayed this notoriety into the creation of a lifestyle brand with the same name, and he has partnered with the online retailer Fanatics to sell apparel and other merchandise under this brand Additionally, Lynch is the mastermind behind the ad-supported mobile phone service Beast Mobile, which debuted in the year 2017. This is a novel approach that allows users to pay their phone bills by only interacting with advertisements and promotional offers. When former professional BMX rider Todd Lyons realised that Lynch is also a competent BMX biker, he instantly produced a specially modified bike including BMX branding in the year 2018. This bike was designed specifically for Lynch. In 2018, Lynch became a co-owner of the Oakland Panthers, a team that competes in the Indoor Football League (IFL). In addition to that, he is a co-owner of the Beast squad, which competes in Fan Controlled Football (FCF). In April of 2021, he also became a member of the ownership group of the Oakland Roots SC, a soccer team that competes in the USL Championship.