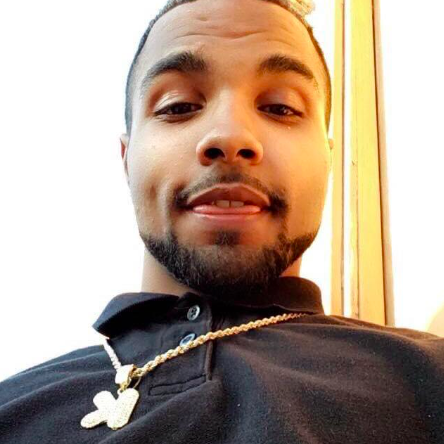 In the middle of the night, the police in Hot Springs, Arkansas, were drawn to a residential area by the sound of gunshots that had been fired in what had previously seemed to be a quiet neighbourhood. Keon Jackson, a young guy who had a family, was discovered in a state of injury and ultimately passed away. The documentary titled “The Murder Tapes: Midnight on Autumn St.” on Investigation Discovery focuses on how the police were able to hone in on the perpetrators, whose testimonies finally helped piece together what had occurred. If this is something that interests you as well, don’t worry; we’ve got you covered.

How Did Keon Jackson Die?

At the time of the occurrence, Keon Lashawn Jackson was 21 years old and resided in the city of Hot Springs. He was in a committed relationship with his girlfriend Carrie, and the two of them were expecting a child that they intended to raise as a family. It looked as if everything were falling into place for the young couple, but then tragedy struck, shattering all of the aspirations that they had ever had and leaving a little child fatherless.

On March 23, 2019, at 2:20 in the morning, officers were called to a street in Hot Springs after receiving reports that a man had been found lying in a pool of blood. Keon was found by the police outside of some apartments, and he was seen to be bleeding heavily at the time. Despite the efforts of the first responders, he was ultimately ruled to be dead. A bullet had entered the right side of Keon’s neck, causing him to suffer a wound. Even though witnesses claimed to have seen nothing, they were sure they had heard gunfire.

According to the episode, Carrie reported to the authorities that she and Keon had been getting ready for bed just before to the event. On the other hand, he received a message on Facebook from a person called Morgan who expressed interest in purchasing marijuana. So, Keon went but never returned. After identifying Morgan Tollefson, the authorities took her into custody so that she could be questioned. At first, she said that she had sent Keon a text after a person she knew by the name of Booman asked her if she could help him get some marijuana.

Morgan said that Booman would be paying for it, and that she was the one who should phone Keon to arrange the meeting. Morgan saw Keon’s vehicle parked in a lot, and when she opened the door to the passenger side, she said that Booman and another man had approached the driver’s side. Keon’s automobile was in the lot. According to Morgan, Booman fired four to five shots at Keon before the latter escaped the vehicle by crawling out the passenger side door.

Then, Morgan said that Booman had gotten into Keon’s automobile, grabbed her, and driven away with her while they were still in the car. After parking it in an empty lot, Booman checked it for cannabis but came up empty, so they decided to leave it where it was. Morgan was left behind in the parking lot while Booman made his escape on foot. The police eventually determined that Booman was really 18-year-old Laquan Paskel, who was located at his mother’s residence and taken into custody there. After first requesting a lawyer, he ultimately admitted responsibility for what had occurred.

According to Laquan, Morgan sent him a message on Facebook and then contacted him about knowing someone who they could steal and set up. Keon was made the target, and when they arrived at the agreed-upon location, Laquan walked up to the driver’s side door, opened it, pointed a pistol at Keon, and demanded “all he had.” Keon complied with Laquan’s demands. Laquan reportedly shot Keon, who was 21 at the time, because he believed Keon was going for his firearm. Laquan finally abandoned the vehicle in an empty lot after getting out of the vehicle with Morgan after Keon exited it first.

Where Are Laquan Paskel and Morgan Tollefson Today?

After hearing Laquan’s account, the police were convinced that Morgan had a greater role in the incident than she had previously stated, and they hauled her in for questioning as a result. She confessed on the television that she was the one who planned the heist and that she lied about their being a gun in Keon’s vehicle. Laquan entered a guilty plea to the charges of first-degree murder and aggravated robbery in July of 2020. He was given a sentence of forty years for each conviction, to be served consecutively.

According to the official records of the correctional facility, Laquan is still being held in the East Arkansas Regional Unit at Brickeys, which is located in Lee County. In March 2047, he will be eligible for parole consideration. Morgan, who was 20 years old at the time, entered a guilty plea to the same counts in April of 2021. She was given a sentence of twenty-five years to life for the murder, in addition to 10 years for the robbery. The McPherson Unit in Newport, Arkansas is where Morgan is now serving her sentence. When September of the year 2036 rolls around, she will be eligible for release.