Where Is Her Ex-Fiance Chase Severino Now? 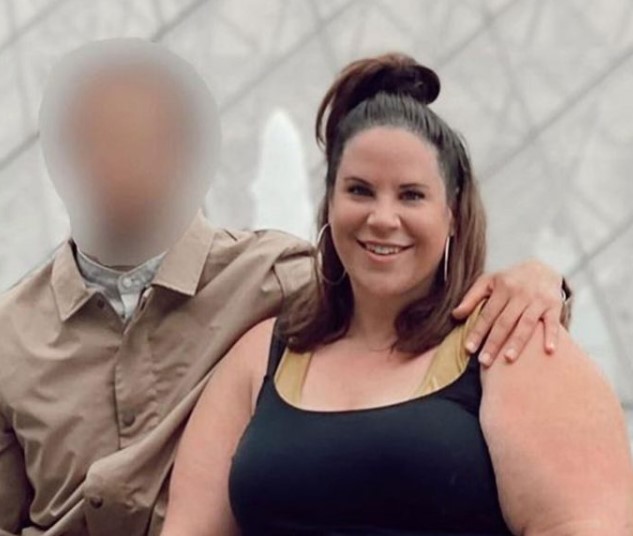 It has been revealed that the tenth season of My Big Fat Fabulous Life will premiere on August 9, 2022, coinciding with the news that a new season of the series will begin production soon.

Whitney, a lady who started the season weighing 170 kilogrammes (380 pounds), is the focus of the show, which tracks her life and follows her journey to lose weight. After the “107.5 KZL’s Fat Girl Dancing” videos became viral on YouTube, it resulted in Thore’s rise to stardom. The videos have been viewed more than eight million times.

whose name is not disclosed; nonetheless, she has shared multiple images on her Instagram account without showing his face or revealing his identity.

Thore is under the impression that the fact that her new partner has chosen to remain anonymous in the upcoming season of My Big Fat Fabulous Life will protect him from being subjected to “the kind of vitriol” that her last fiance, Chase, was subjected to.

Thore shared a number of photographs on social media from a recent vacation to France that she took with her new lover, but she blurred out his face in each one. In the images, the pair could be seen strolling through the various areas of Paris as well as posing in front of the Louvre.

She has never been able to decide whether she loves or hates using social media. However, over the course of the past year, it has become significantly more difficult, as she said in the article before explaining the reason why the face of her lover was obscured from view. This is the result that social media obtains when she wants to reveal her French boyfriend despite his assertions that he wants to protect his private.

Whitney is shown here with her boyfriend from France.The only name used to refer to Whitney’s partner by her friends and family was “the Frenchman.” Her Parisian beau, who has asked not to be named, has not been fully revealed on either Thore’s TLC show or her Instagram account. Her partner has expressed a desire to maintain his or her anonymity.

Who Is Chase Severino, Whitney’s Ex-Fiance, and Where Is He Now?

In Wilmington, Delaware, where he currently resides, former television personality Whitney Way Thore’s ex-fiance Chase Severino is having the time of his life with his daughter Aurora and his current girlfriend Sarah. The pair decided to announce their combined acquisition of a new property not too long ago.

The news that Whitney’s boyfriend, Chase, had been having an affair with another woman and had fathered a child saddened both Whitney and the fans. As we get closer to the start of the new season, there will almost certainly be a surprising number of events.

During the COVID-19 epidemic, Chase had cheated on Whitney with another woman. Both Chase and Whitney broke off their engagement, and Chase also quit the renowned TLC show. He had given the appearance that he and Whitney were truly in love by proposing to her at the top of the Eiffel Tower in Paris. Whitney had accepted his proposal. However, the fantasy only lasted for a short while.

It is possible to deduce that the exes are on friendly terms with one another based on how they present themselves on the public media platform. In one episode of “My Big Fat Fabulous Life,” Whitney was even given the opportunity to FaceTime with Severino’s kid.

She was overcome with emotion, and she burst into tears when her ex-fiance told her about the new chapter that had begun in his life. She claimed that she had never seen him seem that pleased before, and she thought it was possible for her to feel both elated and devastated by the fact that he was so joyful.

However, despite the fact that she finds it uncomfortable, she does not despise him. She doesn’t believe it’s necessary for her to have a definitive opinion on the matter.

Is There A Child On The Way For Whitney Way Thore?

As of the year 2022, the television personality of Whitney Way Thore does not yet have a child. Fans are still concerned about whether or not she has a child after she shared a snapshot on her Instagram handle with a statement inquiring whose kid it is and including a small image of a baby.

She had always harboured the secret desire to have a child of her own. After reaching the age of 36, it was discovered that Whitney had in vitro fertilisation (IVF) to conceive a child. Thore is conscious of the fact that she has a finite amount of time left in which she can conceive and deliver a child.

Her TLC star fans are aware that she has had the long-standing yearning to become a mother. As a component of the plan, it has been brought up in each of her partnerships. However, as of the year 2022, she does not have a child.

Fans had anticipated that Whitney will divulge the identity of the child with whom she posed for the Instagram images. This information will be provided in the upcoming season of her reality television series, which is aired on TLC and is titled My Big Fat Fabulous Life.