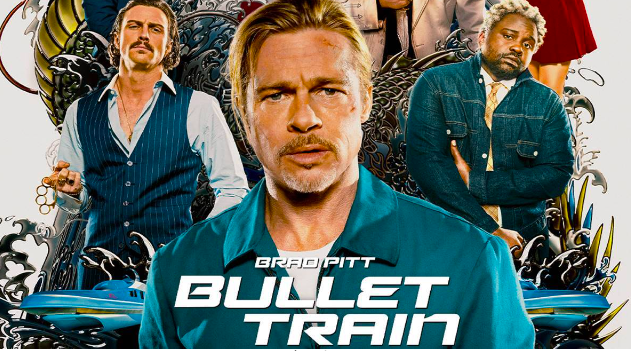 On Friday, August 5, 2022, the new film starring Brad Pitt titled Bullet Train is scheduled to be released in theatres. The protagonist of the movie is a seasoned assassin who accepts a job and finds himself on a bullet train with a number of other assassins. Over the course of the movie, he becomes involved in a number of different confrontations. The film was shown for the first time on August 1, 2022 at the TCL Chinese Theater in Los Angeles, and it has since garnered acclaim from both moviegoers and reviewers.

The film’s setting is easily one of the most intriguing features of the whole production. Los Angeles and Tokyo, two of the most beautiful cities in the world, served as the settings for the whole of the film Bullet Train. According to reports, filming for the movie got underway in Los Angeles in October 2020, right in the middle of the COVID-19 epidemic. Continue reading to get more information on the sites of the Bullet Train.

Take a look around at the several places in the world where Bullet Train was filmed:

The county of Los Angeles served as the setting for a significant portion of the movie. According to reports, some iconic sequences were shot in and around Lancaster, as well as at the Barclay Hotel in Los Angeles. The Sony Pictures Studios, which are situated in Culver City at 10202 West Washington Boulevard, were also used by the filmmakers to film several of the film’s scenes. As part of the shooting process, the actors and crew allegedly used many resources that were made accessible at the studio.

Many classic movies, such as Heat, The Gray Man, and Chinatown, to mention just a few, were filmed in Los Angeles, which is one of the most popular shooting sites in the whole world.

The city of Tokyo was an additional significant site for the movie. Numerous sequences were filmed in and around the well-known Akihabara Station, which may be found in the Chiyoda neighbourhood of Tokyo. Akihabara is regarded as one of the most cosmopolitan neighbourhoods in Japan due to the abundance of retail complexes, beautiful buildings, and cafés that can be found there.

A number of well-known Hollywood films, such as “Lost in Translation” by Sofia Coppola and “Inception” by Christopher Nolan, have been filmed in Tokyo throughout the course of their production.

Bullet Train: Plot, trailer and what to expect

The most recent promotional material for Bullet Train, which was made available by Sony Pictures Entertainment on June 7, 2022, makes it abundantly evident that the picture will have a weird and absurdist tone, which will characterise the story. The eye-catching trailer pays credit to the film’s crazy and interesting narrative, while also giving audiences a preview of the film’s delightful comedy, with Brad Pitt serving as the focal point of it all. Fans of offbeat action and slapstick comedies such as Gunpowder Milkshake and Crime Story, or even Quentin Tarantino’s flicks such as Pulp Fiction or Inglorious Bastards, are sure to enjoy this one to the fullest.

In the movie, Brad Pitt portrays an assassin by the name of Ladybug who volunteers for a dangerous operation that requires him to steal a briefcase off a bullet train that is travelling to Kyoto. Things grow more problematic for him when he discovers that there are a number of other assassins aboard the train who are after the same target. The following is how Sony Pictures describes the official synopsis for their film:

“In the movie Bullet Train, Brad Pitt plays the role of Ladybug, an unfortunate assassin who is resolved to perform his job quietly after one too many jobs have gone off the rails. On the other hand, it is possible that Fate has other plans for Ladybug, since his most recent assignment puts him on a collision course with deadly foes from across the world, all of whom have related but opposing goals, while riding the world’s fastest train.

On Friday, August 5, 2022, be sure to check out Bullet Train when it finally hits cinemas.