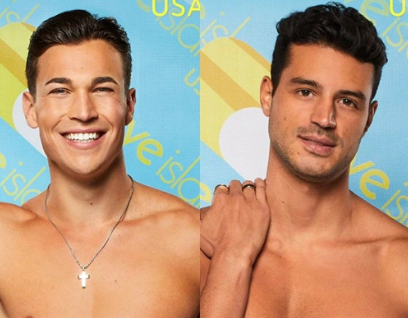 An hour of drama and shocks lay in store for us. Many couples reconnected with the new islanders, but only one pair persevered and made it through the Casa Amor week. A few startling contestants were abandoned to find love again on their own. If they are successful in finding someone or successfully depart the villa, only time will tell.

On August 8, 2022, a special episode of Love Island USA debuted the Casa Amor section. On the show, 12 new islanders were introduced, joining the existing group of single men and women in their search for love. While the new females forged bonds with the guys already in the new Casa Amor villa, the new men made connections with the girls in the original villa.

After a week of back-and-forth, trust concerns, forging new relationships, introspection, and other difficulties, a dramatic recoupling completely shocked the cast.

Zeta and Timmy persevered and proved to be one of the season’s most resilient couples, especially in light of the fact that they made it through the Casa Amor episode without incident. Sydney, Jesse, and Jeff, who were originally paired with Isaiah, Deb, and Nadjha, respectively, were islanders who were regrettably left alone following the recoupling.

The reunion of Isaiah and Phoebe on Love Island USA was the most unexpected. Fans anticipated that the former would continue to support Sydney, his first partner. He did, however, get along well with Phoebe during Casa Amor week. Despite their ongoing conflict since the beginning, viewers had faith that the original pair would remain together.

Isaiah’s selection left Sydney feeling deceived. She had earlier admitted to fellow cast member Zeta that she would formally ask him out when he came back. She reconnected and said:

But I’m not going to cry my face off over this makeup. I recognize my value. A girl like me rarely remains single for very long.”

Kyle Fraser and Deborah (Deb) developed a close relationship while they were staying at the villa. She slept with him, but when Jesse emerged from Casa Amor alone, she gave off a very guilty expression. Jesse admitted that he knew why she was recoupled in the first place and that she deserved someone better than him. Deb admitted that the reason she selected Kyle was because she couldn’t trust Jesse enough.

Nadjha, a former newcomer to Love Island USA, selected Nic over Jeff. She began to cry, nevertheless, when she noticed Jeff dating no one from Casa Amor. She uttered:

It wasn’t easy at all, but I really truly did think you’d find someone there, Jeff, you know I think you’re just so fantastic.It will be intriguing to see what the islanders face moving forward after such a dramatic Love Island USA recoupling. Will every single cast member find a new partner or leave the villa? Will the existing couples last the distance and be together forever? Time will only tell.