Who is American Rapper Khia? Beyonce’s Renaissance Album Slammed As Devil Worship By Rapper of ‘My Neck, My Back’ 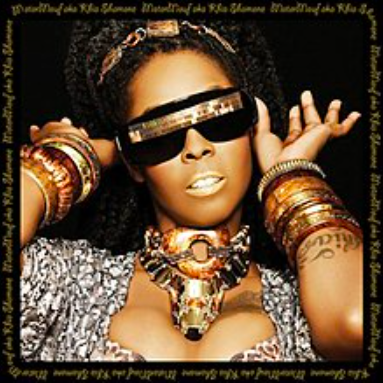 In a long video outburst that was published on August 4, American rapper Khia criticized Beyonce’s most recent album, Renaissance.

It was a Twitter user by the name of @itsKenBarbie who was the first to publish the footage, in which the 45-year-old celebrity can be heard critiquing the singer’s album.

“With this old as dirt record, [she is] attempting to cast a spell on everyone in the globe, even the younger generations. All the authors, features, and partnerships that you had — over one hundred of them — and the best you could come up with was the music of the devil?

It is important to note that the video has been removed from @itsKenBarbie after it was posted there, but it can still be seen on a variety of other accounts throughout Twitter.

In a later part of her tirade, Khia can be heard calling the record that received positive reviews a “failure.” The emcee continued by addressing the trending issue of the allegedly “stolen sample” from Kelis’ song Milkshake, chastising the singer for using the sample in her most recent single, titled “Energy.”

“That old Creole hoe is a thief and has taken from everyone. Kelis was seen in these streets fuming after she found out she was sampled on the record without her consent since she doesn’t own anything because they stole from her too. Kelis was seen to be hot and agitated after making this discovery. About it, neither we, the people, nor anybody else is the least bit astonished or startled. BE-HO-CE has a history of dishonesty and theft, and she has no genuine abilities of her own.

Beyonce’s new album, which was only published five days ago, has already created multiple debates on a variety of themes, including containing “ableist insults” and various authors for one song. The controversy stems from the fact that the album was just released five days ago.

The tune was produced by Dirty Down Records and recorded in Florida. It was released in Florida. But the backing it received from club DJs and radio stations in Alabama, St. Louis, Georgia, and Kansas City was what propelled it to the forefront. The song was eventually released by Artemis Records, which helped it become popular throughout the whole country.

However, by the year 2004, Khia’s other songs had not been able to create any kind of effect, and it was generally believed that her career was over.

The song “Slow Motion” by Juvenile and Soulja Slim has an interpolation of the song “My Neck, My Back.” Thug Matrimony was the name of Trick Daddy’s album, on which the rapper was also featured.

Beyonce fans on Twitter expressed their displeasure when Khia blasted the singer’s new album in a long video tirade. The album in question was Crazy in Love. While making fun of her for the short-lived nature of her own musical career, many fans also pointed out that Khia purposely trashed the superstar’s most recent album because it features the superstar’s collaboration with TS Madison, who just so happens to be her old friend. This was done in response to the fact that many fans were making fun of Khia for trashing the album.

The superstar’s newest album, titled Renaissance, has been met with criticism from a number of different individuals, including Khia and Kelis. Raymond Arroyo was asked for his opinion on the controversy surrounding Beyonce’s use of an ableist slur in one of her songs, “Heated,” on August 2 by the host of The Ingraham Angle on Fox News, Brian Kilmeade. Kilmeade’s question was posed during an episode of “The Ingraham Angle” hosted by Brian Kilmeade.

Arroyo called the singer’s attention to the fact that she uses multiple slurs and “filthy phrases,” one of which is “sp*zz,” and noted that she did not go “far enough with the clean-up and lyric modification.”

Kilmaede’s response to this was as follows:

“[Beyoncé’s] a parent … We haven’t actually interacted with her in quite some time. She was dancing about in her underwear, and now she has returned even more repulsive than before. Putting out lyrics that are classified R.”

Beyonce has, as of this writing, not provided a direct response to any of the charges that have been leveled against her in public.