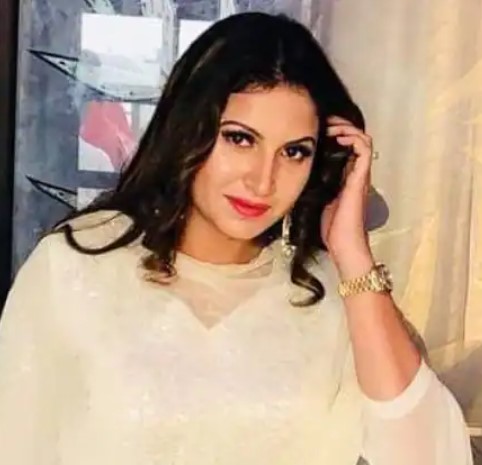 A heart attack claimed the life of popular Tik Tok performer Sonali Phogat on August 22, 2022, in the Indian state of Goa. On Monday, Sonali expressed discomfort to her team, which prompted them to take her to the hospital for further evaluation.

A postmortem examination is currently being carried out, and the authorities from the surrounding area are making their way towards the hospital.

In addition to her work as a politician, actor, and celebrity on Tiktok, Sonali Phogat is currently serving as the national vice president of the Mahila Morcha of the Bharatiya Janata Party.

She is well-known for her roles as Fatima in the Zee TV series “Ek Maa Jo Laakhon Ke Liye Bani Amma”(2016) and Sonali in the Haryanvi film “Chhoriyan Chhoron Se Kam Nahi Hoti.” Both of these roles were released in 2016. (2019).

The announcement that Sonali Phogat will be participating in the 14th season of Bigg Boss catapulted her to the forefront of public attention, and she has remained at the forefront ever since. On day 81 of the reality competition series Bigg Boss, which is hosted by Salman Khan, she entered the house as a competitor through the wild card entry.

She attended a Pioneer Convent School in Fatehabad, Haryana, for her elementary through secondary schooling. In later years, she attended the Maharshi Dayanand University in Haryana to complete the requirements for her undergraduate degree.

Sonali launched her career in politics in 2008 when she became a member of the Bharatiya Janata Party. She is the National Vice President of the Mahila Morcha for the BJP, which is the organization’s women’s wing. In 2019, she sought election to the Haryana Assembly representing the Adampur constituency, however she was unsuccessful in her bid.

Unfortunately, Sonali Phogat’s spouse Sanjay Phogat passed away in 2016 at their farmhouse under unexplained circumstances. The couple had been married for a number of years.

Yashodhara Phogat is the name of the woman’s only kid, whom she and her husband have been blessed with.

Sonali was born into a family that practised Hinduism in the village of Bhuthan, which is located in the district of Fatehabad in the Indian state of Haryana. She is well-known for coming from Indian stock and adhering to the Hindu faith in her daily life. A member of the Jatt caste is also a part of her identity.

While her mother is a stay-at-home mom, her father works in the agricultural industry. She is the youngest of four siblings, which includes three sisters and one brother.

A heart attack took Sonali Phogat’s life in Goa, where she was acting and also serving as a leader for the BJP in her home state of Haryana. Her brother was the one who provided the confirmation of Sonali’s passing.

She had recently returned from a trip to Goa, which she took with several of her employees. The cremation of Sonali Phogat’s remains will take place in Goa, thus her family is making the trip there to bring her body there.

Sonali Phogat’s birthday is September 21st, and she was born in 1979. She was brought up in a family that belonged to the middle class in Bhuthan Village, which is located in the state of Haryana in India.

She attempted to unseat Kuldeep Bishnoi in the most recent assembly election by running as a candidate for the BJP in the Adampur district; however, she was unsuccessful in doing so. After joining the BJP last week, Kuldeep Bishnoi went to meet her at her house.

According to the Hindustan Times, Yashodhara’s mother, Sonali, passed away in her house in Goa as the result of a cardiac attack. Approximately 12 hours before she passed away, she had just updated her social media page. The actress suffered a devastating loss in 2016 when her spouse passed away, and since then, her mental health has been in steady decline. Despite this, she was able to count on her daughter, Yashodhara, for assistance whenever she was going through a difficult moment.

Sonali was a well-known Indian celebrity, actress, and BJP politician. She also had a career in the entertainment industry. The television show titled “Ek Maa Jo Laakhon Ke Liye Bani Amma” is mostly credited with launching her career into the public eye. Following that, she made appearances in a number of films and music videos in the Haryanvi and Punjabi film industries. The actor made her most recent appearance in an episode of the web series titled “The Story of Badmashgarh” (2019).

After participating in the fourteenth season of Big Boss, Phogat received even greater acclaim than before. In addition to that, she ran as a candidate for the Adampur Assembly in the most recent election for that assembly on a ticket sponsored by the BJP.

In response to the tragic news of the actress Sonali Phogat’s untimely passing, her daughter and family have received heartfelt condolences from her many admirers.

Sonali Phogat Daughter Yashodhara Is All Grown Up

Her daughter Yashodhara Phogat, her parents, and her brother are the only people who will remember the actress Sonali Phogat after her death.

She suffered the loss of her spouse Sanjay Phogat in December of 2016, and the circumstances surrounding his death remain a mystery. Her husband’s body was discovered inside of a farmhouse where they had been staying.

Sonali devoted the most of her time to spending time with her beautiful kid, who was there for her throughout the challenging times. Together, they went on exciting adventures, created TikTok videos, and participated in other exciting activities. Yashodhara remained her mother’s greatest friend despite the fact that the two of them attended a multitude of events jointly dressed up in elaborate costumes.

Phogat has used her Instagram profile, @sonali phogat official, which has more than 887 thousand followers, to document nearly every memorable experience she has had with her daughter.

What Is Yashodhara Phogat’s Age?

In the year 2022, Yashodhara Phogat will have reached the age of 16 years old. She was born in 2006, and we just recently celebrated her birthday on August 7th. Her birthday falls on the eighth year of the century.

On the occasion of her daughter Yashodhara’s sixteenth birthday, Sonali had shared a heartfelt message to her daughter on both Twitter and Instagram.

Yashodhara was only a young child when she experienced the death of both of her parents. Her father passed away unexpectedly when she was only ten years old. The cause of his death was never revealed. In addition, supporters are expressing their love and support for her through online entertainment articles, where they are also submitting petitions and voicing their requests.

Sonali Was Unable To Hug Her Daughter In Big Boss 14

In the Big Boss 14 episode that took place during a visit, Sonali was unable to give her daughter a hug. The camera caught her in the moment as she became absolutely overcome with emotion when her daughter emerged from the hostel to greet her mother.

Yashodhara is a student at the moment, and she is enrolled in her senior year of high school. There is a good chance that she will take after her late mother in terms of the career choices that she makes.

Under the username @yashodhara phogat, Yashodhara can also be seen posting photos and videos to the social media platform Instagram. She has decided to keep her profile under wraps in order to maintain her privacy.