Apna NewzLeading The Youth Towards Future
HomeNewsWho Is Christine King? A Samaritan Stops Man From THROWING BABY Off
News

Who Is Christine King? A Samaritan Stops Man From THROWING BABY Off 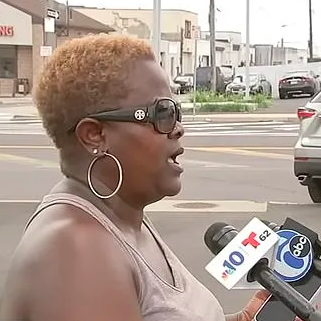 PHILADELPHIA, PENNSYLVANIA: On Thursday, July 28, a woman intervened to help defuse a tense domestic situation in which a man had threatened to throw a baby off of an overpass that crossed an interstate highway. Bensalem resident Christine King recalled that she was driving to work on Interstate 95 in northeast Philadelphia when she was involved in an accident.

When she arrived at that point, she saw a couple arguing on an overpass close to the exit for Cottman Avenue. King stated that it seemed as though the man, who has since been identified as Raheem Murphy, was making threats to throw the child he was holding off of the overpass. She eventually pulled over her vehicle on the freeway and got out to try to diffuse the tension in the situation.

After what King described as several minutes of arguing and pleading with the man, the woman, who has not been identified at this time, was able to retrieve the firearm from his possession. The woman revealed to King that her ex-boyfriend, Murphy, was named Murphy. According to King, who spoke to WPVI about the incident, “She went behind him, he was shaking so he didn’t know she was in his pocket, and that’s when she grabbed the gun out of his pocket.” “At that point, she tucked it away in her pocket,”

Even after the police officers arrived at the scene, Murphy was adamant about not letting go of the baby she was holding. Before he was taken into custody, he allegedly assaulted a state police trooper and resisted arrest, as stated by the district attorney’s office (DA’s office). Officers, however, were successful in removing the infant from his custody in a secure manner. In addition, the child was evaluated by emergency medical personnel who were present at the scene.

Murphy, who is 35 years old and lives in Bristol, was charged with aggravated assault, kidnapping for ransom, unlawful restraint, possessing an instrument of crime with the intent to commit a crime, simple assault, terroristic threats, coercing/threatening to commit a crime, false imprisonment, reckless endangerment, disorderly conduct, and harassment. All of these charges are felonies. In addition to that, he was charged with assaulting a law enforcement officer, resisting arrest, and committing additional offenses. The suspect was given a preliminary arraignment in Philadelphia Municipal Court the previous week, and as of Monday, he is being held at the Curran-Fromhold Correctional Facility on a bail amount equal to ten percent of the required $1.5 million. According to the information provided by the District Attorney’s office, he is also subject to a stay order and is required to get a mental health evaluation.

King stated that she did not feel any remorse for placing herself in the middle of a potentially hazardous circumstance. She stated to WPVI, “If I had to do it again, I would.” “I didn’t see any gun, but when she took the gun from him, that’s when I saw the gun,” he said. “I didn’t see any gun.” She went on to say that he was attempting to topple the infant over.