Who Is Former CNN Anchor Felicia Taylor? Allegedly Involved In Hit-and-Run- Is She Arrested? 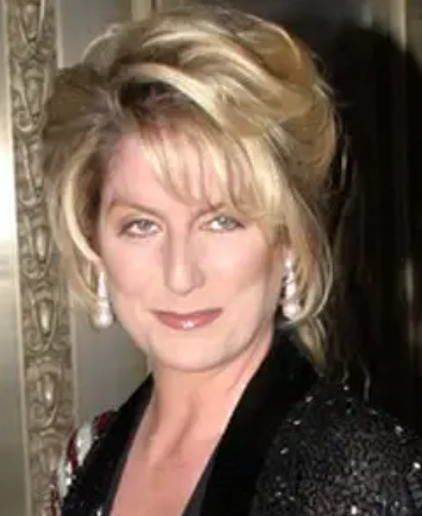 Felicia Taylor, a former anchor for CNN, was recently taken into custody in Palm Beach in connection with an alleged hit-and-run incident. She is said to have hit another vehicle while driving her own vehicle, causing the driver of the other vehicle to sustain injuries, and then running away from the scene of the accident, which led to her being charged on July 28 by the Palm Beach Police Department.

According to reports, the former correspondent denied the allegations, but official reports suggested that Taylor struck another vehicle while the officer was conducting a traffic stop. The following is what the statement obtained by Page Six says:

It was also mentioned that Taylor allegedly “wanted the injuries of the other driver to be substantiated” and that she claimed that she did not stop at the scene of the collision because she did not know that “there was anything to be concerned with.”

The media personality was pulled over by an officer not long after the occurrence, and the officer reported that Taylor admitted her involvement in the collision and asked if “the other driver was ‘ok.’” The officer also stated that the former anchor expressed a desire to return home and that she did not consider the accident to be of significant consequence.

Taylor further specified that she was not driving under the influence of alcohol and that she did not take any prescription medications before getting behind the wheel. The officer stated unequivocally that he did not detect any traces of alcoholic beverages on the former anchor.

According to another report from Page Six, the injured driver from the other vehicle complained of pain in their jaw, head, neck, and back while being evaluated and treated by medical personnel at the scene of the collision. In the meantime, Felicia Taylor was also examined by a doctor, and it was determined that she was completely unharmed.

According to reports, Taylor was taken into custody at the Palm Beach County Jail and charged with leaving the scene of an accident that involved injuries while also being accused of careless driving. She was eventually released after posting bail in the amount of $3,000, and she has already entered a plea of not guilty to the charges.

In addition, the authorities reported that the police had taken away Taylor’s car and that a bottle of white wine had been discovered inside the vehicle. It was said that the bottle was “three quarters full,” and it was accompanied by a “silver thermos” that held a “unknown alcoholic beverage” that was also “three quarters full.”

According to the authorities, both beverages were stored behind the passenger seat and were “out of reach of the driver.”

Felicia Taylor is a former American anchor who formerly worked for CNN International’s World Business Today as a correspondent. She is well-known for her work on CNN’s Business Updates unit, and many people also remember her from her time as the co-host of Daily Cafe on Retirement Living TV.

On August 28, 1964, she was delivered into the world by well-known actor Rod Taylor and his second wife, the fashion model Mary Hilem. Taylor was taken in and raised by her mother’s second husband, Arthur Rubloff, after the breakup of her parents’ marriage.

After Rubloff’s passing, Hilem married real estate developer Lewis M. Schott, who also accepted Taylor into his life. Taylor and Lewis M. Schott had two children together. The former anchor earned a Bachelor of Arts degree from Northwestern University, where she studied journalism and broadcasting.

Prior to beginning her current role at WNBC-TV in 1998, she was a weekend anchor for Financial Times TV in London, where she had worked previously. Felicia Taylor began her career at CNBC in 2006, the same year that she left her position as an anchor and correspondent for business news on WNBC.

Share
Facebook
Twitter
Pinterest
WhatsApp
Previous articleFelicia Taylor: Who is she? Ex-Host Check for CNN Charges and Reports: Why Was She Arrested?
Next articleHow Did Micah Bigelow? Death Cause & Obituary Details- Wife, Net Worth And Wikipedia Details