Apna NewzLeading The Youth Towards Future
HomeNewsWho is He? 26 years old sets forest on fire while trying...
News

Who is He? 26 years old sets forest on fire while trying to burn spider with lighter 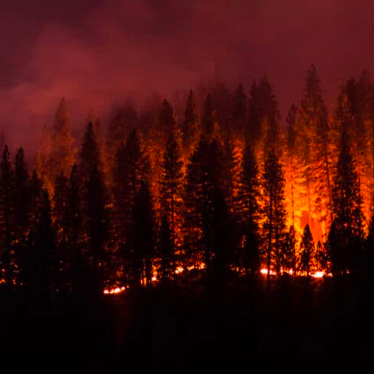 As they hurried to the site, they saw a suspicious guy strolling his dog close to the location where the fire had first begun. Cory Allan Martin, age 26, is said to have confessed to the authorities that he was the one who started the fire in the forest when they confronted him. Martin informed the authorities that he discovered a rare spider when he was wandering around the region, and as he was lighting the spider on fire, he accidently lit some bushes while he was doing so. On the other hand, he did not elaborate on what caused him to set fire to the spider with the lighter.

Sgt. Spencer Cannon of the Utah County Sheriff’s Department said that the officers who were conducting the investigation discovered a jar of marijuana as well as drug paraphernalia in Martin’s possession; however, it did not seem that Martin was under the influence of any drugs.

It did not take much for the tiny brush fire that was started by Martin to encompass around 60 acres since that region and the majority of the rest of Utah are bone dry as a result of the catastrophic drought conditions. The firefighting crew eventually managed to bring the flames under control with the assistance of two helicopters. While firemen on the ground worked to extinguish the flames, one of the helicopters brought water to the scene from a nearby reservoir so that the firefighters could fight the fire from the air as well.

Fortunately, about nine o’clock, a severe storm arrived in the region, which assisted the firemen in extinguishing the fire. As of Tuesday afternoon, it was reported that the fire had been confined to a significant degree. The Salt Lake Tribune reports that there were no reports of injuries sustained as a result of the fire, nor were any buildings damaged.

The authorities have detained Martin on the suspicion that he committed an act of reckless burning and was in possession of marijuana as well as drug paraphernalia. According to the laws of Utah, careless burning may result in a potential term of one year in prison in addition to a fine of $2,500. It should come as no surprise that the authorities do not fully understand why someone would ever attempt to ignite a spider on fire.

According to Sergeant Spencer Cannon, who works for the Utah County Sheriff’s Department, “Not sure precisely why he felt the need to have to burn the spider.” “But you know, all the sorrow in the world is not going to alter the result based on whatever rationale there was for his doing it,” the speaker said.

“It’s not as simple as saying, ‘Oops, I ignited a fire by mistake,’” Cannon explained. “In this instance, his activities were more than that.” It was dangerous for him to continue doing what he was doing in the manner in which he was doing it. Cannon reiterated his previous statement one more time, “I’m not sure why he felt the need to burn the spider.”

Even Governor Spencer Cox had his say on the arrest after it happened. On Monday evening, he sent a tweet that said, “Um, don’t use drugs kiddies (and don’t light spiders on fire during a drought).”