Apna NewzLeading The Youth Towards Future
HomeNewsWho is He? A man who gouged out the eyes of his...
News

Who is He? A man who gouged out the eyes of his girlfriend for the FIFTH time is denied parole 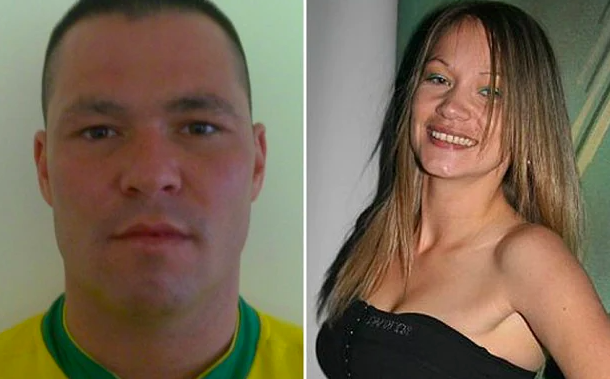 The attempt of a man to be released from prison who had previously been convicted of blinding and removing the eyes of his girlfriend was unsuccessful. Shane Jenkin, now 42 years old, was informed that he will have to remain incarcerated for at least an additional two years as a result of the decision made by the Parole Board. After hearing the testimonies of the victim, Tina Nash, his psychiatrist, and a nurse, it was decided that he posed an unacceptable risk of harm to society if he were to be released from the facility.

Nash, who had been rendered blind permanently as a result of the attack that took place on April 20, 2011, provided a victim impact statement after the incident. In 2012, Jenkin was given a life sentence in prison for the heinous crime of blinding his partner beyond repair in the residence she shared with her in Hayle, Cornwall. The night before he attacked Nash, Jenkin had apparently watched a video about eye-clawing, as stated in the ruling from the Truro Crown Court.

Tina suffered terrible injuries as a result of an onslaught that had been planned in advance, was drawn out, and was brutal.

A member of the Parole Board made the following statement: “After an oral hearing at the tail end of May of this year, a panel of the Parole Board decided not to grant Shane Jenkins parole. This is something that we are able to confirm. The decisions made by the Parole Board are solely based on how much of a threat an inmate could pose to the general public if they were released and whether or not that threat could be contained in the community.”

According to the statement, “a panel will carefully examine a huge range of evidence, including details of the original crime and any evidence of behaviour change. Additionally, they will investigate the harm done to the victims and the impact the crime has had on them.” “Our top priority is to ensure the safety of the general public. According to the laws that are currently in place, he will be eligible for a further review at the appropriate time. The Ministry of Justice is responsible for determining when the subsequent review will take place.”

Jenkin was informed in May of the decision regarding the review of his parole eligibility. This was his fifth opportunity to have his request for parole approved. He has a history of being hospitalised for issues related to his mental health, and he is currently being held in a facility with a high level of security.

The following is what the Parole Board stated in a written statement: “In recent years, he had participated in a programme that was supported and developed by psychologists with the intention of assisting people in recognising and overcoming their issues. There were plans for him to switch to a different regime, which was also designed to assist people in recognising and coping with a wide range of complex problems. He was scheduled to make the switch in the near future.”

“After conducting an evaluation on Mr. Jenkin, the psychologist had presented the panel with the findings of her findings. The therapist, Mr. Jenkin’s probation officer who works in the community, and the official who oversees his case while he is in custody all concurred that he should continue to serve his sentence behind bars “it added. “The transfer to open conditions was not supported by any of them. The panel reached the conclusion that Mr. Jenkin’s current location in custody was appropriate because it allowed for outstanding levels of risk to be addressed.”

When Nash testified against Jenkin in May 2012, she claimed that Jenkin had assaulted her while she was sleeping at Nash’s house. Despite her cries for assistance to call an ambulance, Jenkin held her captive for a period of twelve hours, choked her until she was unconscious, and then blinded her. During her stay in the hospital, which lasted for four weeks, she underwent a number of procedures; however, the doctors were unable to save her eyes.

Nash, who was 32 years old at the time, detailed her distress to the judge regarding the possibility that she would never again see her two children. She likened the loss of her vision to the experience of being buried alive.

Jenkin and Nash had watched a terrifying movie the night before the horrifying attack. In the film, a female character had her eye pulled out of her socket at one point. The victim lost consciousness and experienced hallucinations intermittently as a result of Jenkin’s constant grip on her by the throat while he strangled her, as the judge Christopher Clarke related in his description of the incident.

However, this was not the first time that Jenkin had assaulted Nash. Rather, this was the most recent incident. She admitted that despite Jenkin’s history of physical violence, she had held out hope that she could change his aggressive tendencies. On the other hand, she encouraged other people who had been the victims of domestic violence to get out of the situation as soon as they could.

In addition, three months prior to the incident in which he blinded Nash, Jenkin was allegedly accused of violating the terms of his parole following an abuse conviction. Because of his history of violent behaviour, he had also been banned from the bars in his neighbourhood.

The perpetrator of the abuse was given a life sentence to be served in a psychiatric health facility, with a requirement that they must serve a minimum of six years in prison before becoming eligible for parole. The Court of Appeal rejected his immediate appeal of his conviction on the grounds that it was procedurally improper.

His legal team argued that if the life sentence was overturned, their client could be freed as soon as his physicians determined that he had recovered from his psychiatric condition. This was their position in the event that the life sentence was overturned. However, the court came to the conclusion that Jenkin posed a threat regardless of whether or not he suffered from a mental illness.

Tina’s harrowing ordeal at the hands of Jenkin inspired her to become an advocate for the prevention of domestic violence. She wrote a book about the widespread problem of domestic violence, in which she pleaded with other abuse victims to seek help and not keep their experiences to themselves. In addition, she discussed her own experiences and offered the advice that women should flee abusive relationships “before it’s too late.”

She wrote about the incident in her book titled “Out Of The Darkness,” in which she described how Jenkin rendered her unconscious at her home before stabbing her in the eyeballs and threatening that she would never see her children again. During the assault that lasted for twelve hours, her sons who are now 13 and 3 years old were both sleeping in the same house.

“I came to and sat up, reaching my hand to my face, when I felt something hanging halfway down my cheek from my eyeball. I played around with my slick eyeball as if I couldn’t believe it was really there. The inflammation in my other eye had caused it to swell up to the size of a tennis ball “she had written. “It’s not going to get better, it’s going to get worse.” She has high hopes that others will be inspired to speak out against violence and be brave enough to take the necessary steps as a result of reading this book.

Share
Facebook
Twitter
Pinterest
WhatsApp
Previous articleWho was He? A Veteran British Actor Has Died At The Age Of 81 And Has Been Remembered In Tributes
Next articleWho is He? Texas College Student Who’s 27, Adopts Baby He Found In Trash Can