Apna NewzLeading The Youth Towards Future
HomeNewsWho Is He? Father Anthony Templet and Netflix Story of 'I Just...
News

Who Is He? Father Anthony Templet and Netflix Story of ‘I Just Killed My Dad’ 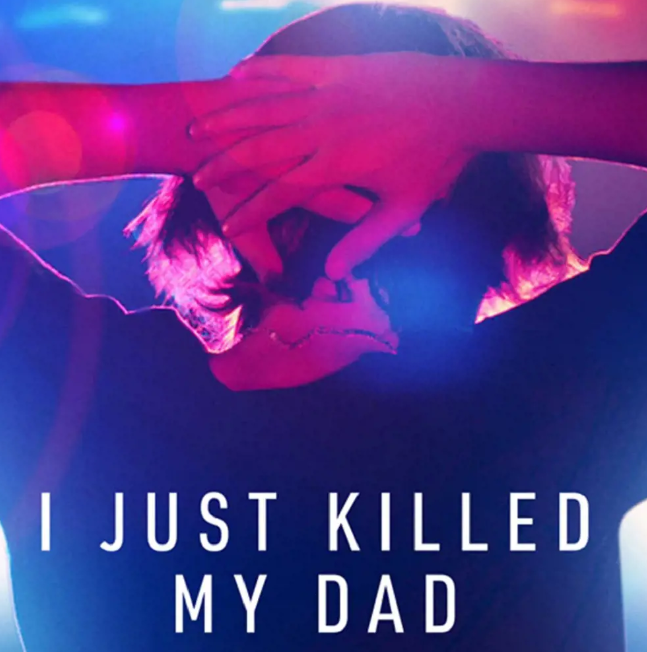 The true story behind the upcoming documentary “I JUST KILLED MY DAD,” which will premiere on OTT on August 9th.

He will be monitored during his five years of probation, which will begin now.

The documentary crew for the Netflix series spent several weeks in Baton Rouge, where they attended court hearings and conducted interviews with key players in the case.

Who precisely is this Burt Templet?

A wide range of individuals held a variety of conceptions regarding Burt Templet.

In addition to being accused of kidnapping Anthony when he was only five years old, his family claims that throughout the time they spent together, he was abusive.

The preview reveals that Burt led a double life, and it gives the impression that he is more confident about keeping this a secret than he actually is. He was accused of abusing his family members and friends, and it was alleged that he had installed surveillance cameras throughout his home.

The show will soon be available on Netflix, which is one of the most prominent OTT platforms, and the platform has already distributed a trailer for it. The accusations that have been leveled against Burt are mentioned in the trailer, but they are keeping their trump card hidden until the release of the documentary series on August 9.

The narrative focuses on the tumultuous relationship that Anthony Templet had with his father, Burt, who was killed by Anthony Templet in June of 2019. Because Anthony immediately admitted his guilt, there was no need for a drawn-out manhunt for the killer. Instead, the investigation into Anthony’s motivation was exhaustive, and as a result, a lifetime’s worth of secrets were uncovered.

Although it has a lot of energy, the clip only scratches the surface of the topic. In point of fact, a substantial amount of ground will have to be covered in the course of the three-part series in order for the intricate plot to start making sense.

“There is no reason for anyone to hold me accountable for anything because I haven’t done anything wrong.”

You will quickly find out why Templet thought he had done nothing wrong when he shot his father. His voice sounds almost emotionless as he talks about it. It is a twisted tale, a convoluted story, and a fine piece of storytelling; therefore, viewers will undoubtedly experience a wide range of emotions as they tune in to each episode.

All There Is to Know About Anthony Templet

Anthony Templet, a resident of Baton Rouge, Louisiana, murdered his father when he was 17 years old.

According to Fox8Live, Templet has a conversation over the phone with the operator in which he explains what occurred after he has informed the operator that he acted in self-defense.

When the police arrived at the scene, they were aware of this fact; however, they quickly realized that the situation was significantly more complicated than a straightforward argument. It became clear very quickly that Anthony’s family had not been aware of his whereabouts for more than ten years, as this information had been withheld from them.

Members of Anthony’s family claimed that Burt had abducted him when he was only five years old and that they had no way of getting in touch with him in the years that had passed between the time of the abduction and the time that Burt had passed away. It seemed as though Burt was using his continued incarceration of him as a bargaining chip with the rest of their family.

Natasha, Templet’s sister, expressed to WAFB her admiration for her brother’s resilience in the face of more than a decade’s worth of physical and emotional abuse at the hands of their father. In addition to this, she asserted that Burt had been abusing Anthony ever since he was a young child.

In addition to this, she said, “His father has kept him isolated and mistreated him for many years.” My brave brother had to defend himself from that evil man one last time, and it was a difficult ordeal for him.

Where Can We Find Anthony Templet At This Time?

Following the presentation of all of the evidence, the jury had to decide whether to acquit Templet of all charges or to upgrade his charges to murder (per Insider).

According to WAFB’s reports, he was detained at a facility that houses juvenile delinquents. Nonetheless, Templet was freed after posting bond in the month of December 2019. (from yet another article originating from WAFB). According to Templet’s attorney, Jarrett Ambeau, the murder of Templet’s father was an act of self-defense, and the case should not have been brought to trial because of this (via The Advocate).

According to a different article that was published by The Advocate, however, Templet was ultimately charged with second-degree murder and now faces a life sentence for the crime.

In March of 2021, Templet agreed to the terms of a plea deal and entered a plea of no contest to the charge of negligent homicide. He will spend the next five years under the supervision of a probation officer. The prosecution claims that it was common knowledge that Templet’s biological father physically abused his ex-wife.

In addition, the records showed that Templet had skipped school for a considerable amount of time. The prosecutor, Dana Cummings, posed the following question to the court: “What would time in jail do for this young man who has never really had the chance to study, to make friends, or to be in the world?”

According to The Advocate, as a condition of his plea agreement, Templet was required to complete his high school education and receive a diploma. According to WAFB, he was also required to seek counseling and make a decision regarding whether he should enroll in school or look for full-time work.

If Templet complies, his record will be removed from the system. The documentary series “I Just Killed My Dad,” which is about Templet’s life, will begin streaming on Netflix on August 9th.

Share
Facebook
Twitter
Pinterest
WhatsApp
Previous articleWhere Is Stanley Jensen Now? On The Marc Bruss Murder, Is The Accused Guilty Or Innocent?
Next articleThe Well-Known Marijuana Case Of Ronald Hammond And His 20 years In Jail