Who is He? GOP Rep Glenn Thompson, Before Attending Gay Son’s Wedding Voted AGAINST Same-Sex Marriage 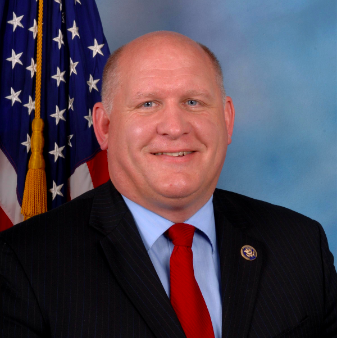 On the evening of July 22, Republican Representative Glenn Thompson went to the wedding of his homosexual son. On the other hand, it was unclear which of his sons was in question. After Thompson cast his vote against the Respect for Marriage Act on Tuesday, NBC News was the first news outlet to disclose that he will be attending the wedding of his son. The photographs that were shared on social media have now made it clear that Glenn Thompson’s son, Kale Thompson, tied the knot with Phil Green, the man he has been seeing for a very long time, at the J Franklin Styer Nursery in Northern Pennsylvania, which is over a century old.

The pair reportedly posed for photographs in front of a wedding temple made of wood that was decorated with flowers and vines, as reported by DailyMail. The wedding took place just three days after Glenn cast a vote against a House bill that would have guaranteed federal protection for same-sex marriage. Other members of the House who voted against the bill include Rep. Matt Gaetz and Rep. Jody Hice. This brought the celebration of the couple’s marriage under the microscope.

CNN reports that Thompson was one of 157 House Republicans who voted against the proposal that would have codified the right to same-sex and multiracial marriages across the United States. Reps. Nicole Malliotakis of New York, Don Bacon of Nebraska, Mike Garcia of California, Liz Cheney of Wyoming, Adam Kinzinger of Illinois, and John Katko of New York are some of the other politicians that voted in support of the measure. Other politicians who voted in favor of the bill include Reps. According to statements made by Maddison Stone, Glenn’s press secretary, who was quoted in the Centre Daily Times, “This bill was nothing more than an election-year messaging stunt for Democrats in Congress who have failed to address historic inflation and out-of-control prices at gas pumps and grocery stores.”

Although it has been determined that Kale is the son who got married, the specifics of his personal life are still being kept under wraps. On the other hand, during the course of the wedding, one of the attendees disclosed Glenn’s speech. The audio tape was obtained by BuzzFeed News, and according to the publication, Glenn can be heard stating, “We have high hopes that they will discover new opportunities for themselves and new sources of motivation. And as they mature and become a bit older, it is our hope and prayer that they will each discover the one love that will last a lifetime, so that they can have the chance to experience that: having someone to spend their golden years with. Simply said, we are really grateful that you could make it today.” He continued by saying, “In reality, it goes much farther than that; as parents, we like it when our children discover the person who will spend the rest of their lives with them and are subsequently welcomed into our families. That is the outcome that we are hoping for.”